Greatsword isn’t OP or something

I love forum for that. By one simple post, I can already know who’s meta slave and it’s not worth to discuss about anything from the game

if someone can not see that greatsword has got old greataxe broken tracking, then he should definetely uninstall the game. I do not think that any community of any game in the world need players who are tryhards and mustwins, being in the same time meta slave, and keep barking about anything about the game. This is just unbelieveable.

Here, let me add this 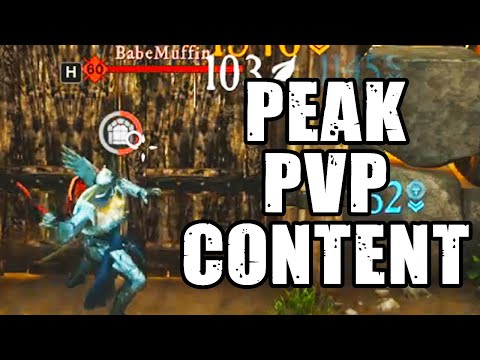 Now that had me rolling.

Not enough “Nerf doors” posts on the forum.

It’s dumb. Probb the main reason why i stopped doing OPRs cuz i legit don’t care about the weapon meta and, when u consider OPR the only mode with some sort of “large scale” PvP that everyone has access to, cuz we know how wars work and mass open world PvP is for the most part rare, things like this are just sad.

Before adding this wannabe LEADERBOARDS, consider seriously to remove the QUEUE AS A GROUP, or this will open just more doors to new cheaters, exploits like the game didn’t had enough yet which are not even getting addressed 1.5 years later !

Yeah i mean i went from queing opr everday till 4am to once a month.

To now taking a break from the game entirely for a couple weeks.

Its lost its pull on me mainly because they take so damn long to fix stuff…
If they repaired nw at half the speed as that opr door dude, we would have a triple A game.

You literally make 0 good points. I die 90%+ of the time in PvP to greatsword and it’s no fucking coincidence.

Other than that, the GS is a pretty well-balanced class.
The biggest reason you don’t understand this is that onslaught gives -15% defense. what does it mean? Do you have the capacity to understand this?
let’s give it a try

One of the biggest reasons why you still can’t see GS in battles is because you pay for a small mistake by dying.

Let’s talk about why GS seems so OP to you.
because it’s the only melee class that can catch range players.
and that sounds extremely abnormal to you. because no melee class can touch you, melees are puppets, melees are just chases…
You’ve managed to screw up SnS, who was the Assassin class in the past, by crying and whining. but you won’t be able to do that in GS.

Lol delusional. The attack speed, animation speed, damage, root, haste, is all completely off the charts bonkers with the weapon. It literally shouldn’t exist in it’s current form. It’s infinitely worse than musket in terms of brokenness. Another issue is that this weapon is 90% of the time coupled with hatchet due to how braindead easy it is to berzerk out of stuns and run away on low HP and survive due to undying, although the entire game is completely braindead so idk what to do about that.

Blur like a squid I love that. You too.

But you were. Also, if it takes 3 seconds to provide the proof, I think you should be able to provide it. I go great lengths to ensure I add screenshots and provide links to what you have nonsensically mention as well as what I have responded as well.

Oh I absolutely can, but I’m not going to because it’s been done 20 times already and I’m not giving in to your incessant demands masked as ‘debate’ :).

I ask, you provide, I stfu and move on because I am bested.

But this never happens because you just keep asking for something that’s already before your eyes. You act like it’s not there.

No. I mentioned/informed you that the bug existed because another user had found it 6 months prior and had reported the bug with reproduction steps.

No. He CLAIMED he done all this, with zero evidence which is what sparked the whole demand for evidence in the first place. You claimed he discovered x. I asked for proof, you then started demanding proof from me for basic shit in turn, i.e ‘SEALIONING’ which we have established already.

And for some reason, broski, my prior response got deleted. Did you flag it broski?

I do check on the forums. Try harder.

Uh, yeah, I know, I just said that…? Try harder with what lol? I’m literally just stating a fact. The one time I just happen to check the forums in a while and you’re legit mad-posting right as I check the forum. It’s comical.

I do the same. Feel like it’s the same lol.

No. He CLAIMED he done all this, with zero evidence which is what sparked the whole demand for evidence in the first place. You claimed he discovered x. I asked for proof, you then started demanding proof from me for basic shit in turn, i.e ‘SEALIONING’ which we have established already.

Yes, you are sea lioning. Thank you for establishing this fact. So I do the same in return.

LMAO
I’ve played SnS for a long time and you are so full of sht…
Servers are obviously overpopulated with GS bc it is so OP and easy to use… how can u even deny that?
Getting 2 shot by a bow user? Of course if you play GS with light armor which also means you have CRAZY MOBILITY and do 5 to 6k crits to other lights users…
Please share some clips of yours if you’re so sure “I don’t know the game”, I will gladly respond with some of my own, hopefully you’re actually nearly as good as you think you are