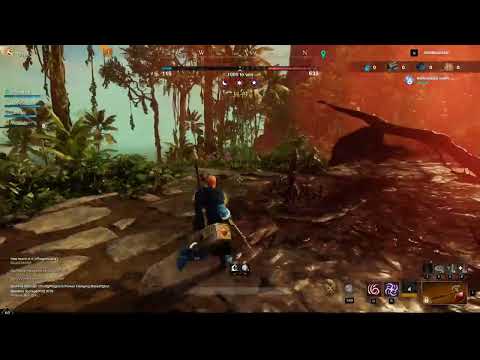 so go play a real pvp game then

i think pvpers are afraid of actual head to head games.

That’s because the pvp’ers don’t play strategy. They just run to the middle and try to kill each other. Zerg with the best/most healers wins and they keep doing the same thing over and over. Pure insanity. Play the mode for what it is.

Pvers can be hunted and killed.

It’s thanks to these mechanics that it isn’t a Zerg fest. I can pick an outpost to focus on building outside the middle where there are 30 players. And I always, without fail get smaller scale fights this way, against players of the same mind!

I like OPR personally, but I understand why others would not!

OPR was never meant to be pure PVP.

The goal was to have different teams to capture outpost, farm resources, build your fort and defend it. It was always and from the start a mix of PVP and PVE.

I wish companies could play this mode as a group of 40 vs 40. There you will see real strategies and build develop. It would have been way more interesting that the actual state of it, and give a chance for smaller companies that don’t own towns to actually participate in real “wars”

The concept sounds good on paper but falls apart upon closer inspection, like most of this game. OPR is an abomination.

ya ok just remove brutes thanks

You have the power to remove them In every game. Good luck.

I wish companies could play this mode as a group of 40 vs 40.

You could all queue up at the same time and just compete against the other half of your 40 man? Not only are you able to develop strategies but you also get to keep them in your company this way

So we just have a deathmatch, actually, it is worst then that, we have a mobs deathmatch…

OWPvP is the only actual pvp in this game that you can run whenever you want. Wars are once in a while and OPR is PvX at best.

People who call themselves pvpers in this game would piss themselves if they tried a real, coordinated, ranked game in a real pvp game.

AGS, please give us real pvp instances and stop trying to pass this off as pvp!

Other than the scoring, OPR is good. They removed the brute pull mechanic and that was a nice change. There’s other stuff I would change but it is all minor stuff.

You can get 1v1, small scale and blob fights in OPR. The weapon makeups change as AGS ‘balances’.

I also have never seen any instanced BG ever have game after competitive game, not in any MMO or even stuff like LOL. But good competitive fights do happen, just not when you get too many of these forum whiners in a match.

Bottom line, as for most instanced BGs, players are the real problem and AGS can’t fix that.

dont threaten me with a good time.

even 20v20 company v company opr even just to practice for wars would be nice.

20v20 company v company ranked opr would be another fun activity to waste our time with.

(along with fixing/giving better rewards from opr caches.)