Hi guys, this is a post that attempts to collect the major issues that we currently face in one big compiled list.
As a lv60 with several hundred hours logged, I have faced quite a lot of problems and bugs which I have tried to list down here.
However my points are obviously kind of subjective and I have surely missed several other important things that need to be addressed.
Feel free to share more points in the comments and I will try to implement them. Let’s hope that AGS sees this and actually cares about it.
I also tried to link forum posts with more detailed information about the issues where necessary as well.

Gamebreaking - things that need to be addressed immediately and with as many resources as is required.

I will add a point is that they need to improve the market UI… a lot.

And most of all… All the prices on the AH are crashing due to the abundance of people making them… but as people have no real way of making gold to buy them… so they stay there forever until the price goes down and down… crafters can’t really make money of out it. Maybe make the items only reparable 10 times? (or any other solution, just an example) That way there will always a need to buy things and it keep things rolling. Right now, once you bought your tools, you will have them for life and there will be no need ever to buy new ones. That and the fact that the difference between a tool 540+ and a 600 one, is completely worth less and not even worth the money.

Good point with the market UI, definitely gonna put that in.
About the second point considering the deflation, that is certainly a thing but I tried not to suggest any possible solutions as that is not our task here so I’ll only put the problem in.
Looking at the last point I kinda have to disagree because the GS580 weaponquest rewards are pretty much all terrible, no matter their GS.

Good list, but the Arcana one should be high priority as the bug results in a game not meeting advertized description. Thank you for your hard on making us this list! Hopefully they can build off this

I agree they are terrible. At least when you look at perks. However, the raw damage they produce due to their high gearscore and base attack… will stop the vast majority of players to buy something under it, or at the very minimum invest big sums of money to get another weapon and will simply wait to level up their gearscore watermark up to that point. But not only those legendaries… as an armorer/weaponsmith… you have as concurrence also all the chests, mobs, events and bosses all around the map.

I’m personally happy I didn’t chose that job and got engineer instead… at least… mobs don’t drop tools !.. yet!

Half of Reekwaters quest and some of Ebonscale are very bugged with excessive monster spawns.

Small bug, can’t hit mining nodes while slightly higher in elevation. I always have to be level or underneath the node.

Good list.
I’d also like the company rank changes to actually save, ie i can turn off officers ability to start upgrades, but as soon as I click another rank or relog, it’s back on.

I really want a treasury log as well. Not knowing where gold is coming from and going to is a terrible terrible way to run a company/settlement.

Currently hugely hyperfocused on the lag/invulnerability bug though because it’s game breaking and as pvp is really the only end game content right now, people exploiting is going to destroy the game for many.

Perks need to be fixed as well, resilient is too strong, fireball doesn’t work, unending thaw completely renders your major cc/aoe useless as it only hits for one tick and then no more. Much like the ice gauntlet on bosses bug.

Ice gauntlet and aoe heals are totally neutered to stop people stacking them, and yet people still stack them because even without the abilities working as expected, ie stacked aoe damage and healing (they cancel each other out npw), they lag the whole team out and let people become unkillable.

Also my block list needs to be in a whole different area than my friends list. Friends list was buggy enough, now blocking bots and gold sellers, as well as the bottom of the barrel players who deserve a place on that block list, it bugs my entire friends list out even more.

Thanks for all the replies guys, when adding something new it would very much help me to have forum links explaining a problem further, if any exist

Fantastic list. Critical and Gamebreaking sections need to be fixed sooner rather than later or else they will effectively kill the game if they are not dealt with quickly.

Oh, I have another one:

Territories show refining stations at one level lower than they actually are.

Except for stonecutting these are all T5!

This is the way. Thank you for doing this!

I will like them to add matchmaking for the dungeons.

First of all, thanks a lot for gathering all of this data. Hope they read this and try to fix something.

In addition to what you mentioned: Gem scalings are working in a really odd way. Grey Gaming on Youtube has been testing a lot of gems/stats combinations and found out that if you get a Tier 2 and a Tier 5 the difference is not as expected.

Add faction token caps bugged if you reach the next level while having max tokens for the previous level, I hit syndicate alchemist but my max tokens is still locked at 25k, can’t buy end game faction gear…other players were stuck with 15k cap but when they advanced 2 levels it fixed itself, but those stuck at the final level are still stuck.

Reddit thread with those of us stuck with faction bug

thanks for the work.
I think I did not see the attack cancel error with the double life staff. 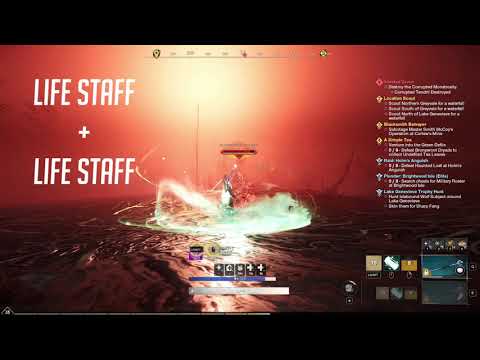 There you go, another critical issue for melee characters:

Cannot roll cancel when over 250 STR