Those who want this system to change, please +1.
Those who don’t want, Briefly write the reason

I think they should allow people to play skirmishes 50v50. This would give more casual players access to the content while not fucking with people having fun with rivalry and competitive wars.

Reason: This eliminates a lot of people’s reason for playing - fighting for and owning territory as their company.

Youre essentially removing competitive pvp from the game if you remove any of the below from wars.

Anything else and its just rng nonsense or it isnt worth the effort.

They should just start holding mock wars as a game mode and reduce tax income.

Stop trying to make this a non competitive sandbox game. WoW doesnt make you give up part of your mythic raid roster to make casuals feel competitive - it lets them que raid finder.

Delete the player-controlled settlement system.
The result will ALSO be faction-based territory Wars.
But it is still important to delete player influence over settlements to close all sorts of other exploits and issues.

Reason: This eliminates a lot of people’s reason for playing - fighting for and owning territory as their company.

Youre essentially removing competitive pvp from the game if you remove any of the below from wars.

Except (1) PvP is rubbish and not competitive at all. So many posts on the forums talk about this in all the modes. 3v3, OPR, Wars, shell companies, premades vs. solos, etcetera. There is no proper league system so there can never be a reasonably competitive system – and that’s not even taking into account gearing and the levelled system that undermines competitive play.

(2) The reason players want to PvP is NOT territory control. It is to get rewards WHILE DOING AS LITTLE OR NO PVP AS POSSIBLE.
Otherwise instead of win trading forts and colluding in the Great Cleave to do OWPVP missions and advance their PvP tracks without actual PvP, they would fight harder to control settlements.
Even companies who own settlements want as little PvP as possible and manipulate War times to achieve this, such as making them overlap with a server maintenance. Others used exploits regularly such as changing the guild name to trigger resetting territory influence. Or win trading with other-faction players to declare Wars but deliberately lose, resulting in no ownership change.

My company has competitive wars all the time, usually coming down to who could and couldnt make the war that day. We dont really need a “league” system for a 50v50 game where there are like 10 companies that can even slot a 50 man.

I was also in every war that we took territory in and didnt see or hear about any exploiting that occurred. No accusations either so i would say it probably wasnt happening.

Overall it just sounds like youre bitter and would rather ruin war than have it in its current state. The game doesnt have the population for that.

You made a bunch of sweeping generalizations based on what forum mains say, but i know that my primary reason for wanting territory control is so the best people are on both rosters and people take ONE aspect of pvp in this game seriously. Making it 50 man opr ruins that.

Edit - after looking at those posts you linked, you definitely are bitter and just looking to ruin the game for other people.

This war content you speak of sounds nice…I was in one war the first month New World released. I paid just as much for this game as you but I don’t get to experience this content. I also say +1 to make wars a content for EVERYONE not just for 50 for each faction.

Right so I paid as much as you did, and never got what youre asking for. I paid $40 to be allowed to log into the game and play it.

To get a war slot however…

I had to network my way into a company that fought for decs for months and got rammed by top companies every time until eventually we won one or two.

Then i eventually had the connections to start getting merc spots due to my company.

Then after enough of those i started to get merc spots from company owners who knew i was useful.

Then my company finally merged into one of the companies i had been mercing for.

Now i have to keep my spot, which involves recording my gameplay and accepting criticism based on it.

Does that sound fun? If so youre in luck - its totally available to you as well.

$40 bought me the game but it is so disingenous to pretend that entitles you to spots in other players groups. $40 is the price of entry just like in any other game.

Again, whether I’m good/bad at pvp, have 1 hour or 16 hours a day to play, hate/love the content, am in a competitive company/or not, etc, I paid money for this game and I believe everyone should be entitled to all it’s content not just top 50 for each faction. “Everyone” even includes you bud.

Right - you are entitled to all of its content and it is all available to you currently.

If you dont want to put the time in to get good, people who have deserve the spot more than you. Your $40 is irrelevant if theyve paid as well.

This isnt new. There isnt a MMO on the market that has its end game pvp content auto slotted. If that bother you its probably mmos as a genre you dislike.

This is the last message I’m going to reply back to you as I keep repeating the same thing and you are just not listening. WARS SHOULD BE FOR EVERYONE NOT JUST TOP 50 FOR EACH FACTION!

they should find a way to make it so EVERYONE who wants to participate in a war, can do so.

I suggested an alternative way to do territory control in this video: 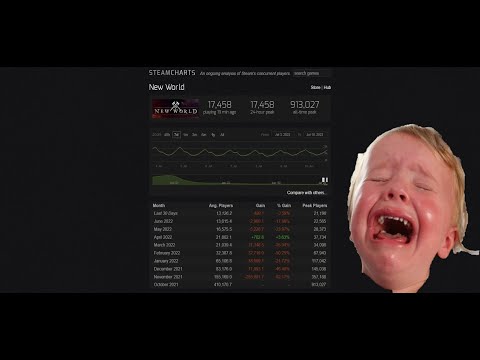 It addresses the issues people have I think. Whilst making open world PvP more of a thing.

Faction wars would never work properly cuz will never be possible to have all 3 factions balanced.

50vs50 its better cuz players can be selected.
In faction vs faction would need a much bigger scale war system (map). Also u cant count on all faction members. There will be bots participating and doing nothing. Many storage company alts that would die 1-2 hit in battles.
Also would force the PvE players to get into wars, some might disagree or just drop the battle (staying afk or not helping team).

Overall faction vs faction has no benefits either in long or short terms.

I’ll repeat myself again the only way to fix Territory Wars is to set them on the same HOUR! This is the only MMO I know where u can select territory war hour.
Second option would be to force companies to have minimum 50% of war roster with own members and set cooldown debuff of 7-14 days for leaving company (idea taken from another member).