AGS is sabotaging their own game. Change my mind?

AGS is sabotaging their own game to lower the player count enough so they can pull the plug on the game.

Combat got worse in, so many abilities got bugs now. What did you do to leaping strike? It was reported before.

Dupe…only 2 day temp ban while the tp was down is nothing. Duped items are still in the game. Duped items were left in the TP after it reopened effectively ruining the economy even further.

Has the bug fix patch really fix more bugs than it brought?

I’ve lost all faith in the game, id love to hear your positive sides to this patch.

This patch was the do or break for me. Completely lost the last ounce of faith/hope in the game i had left. They called this a bug fixing month and said 1000 bugs fixed, meanwhile we log in and the game is actually as bad or worse than January.

According to their quality control the game is in a good spot right now though, so maybe we are the ones missing out something? 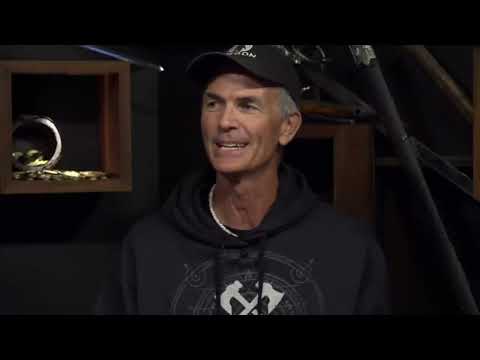 There is none.
Duped items everywhere and exploiters patted on their backs happy with 2day ban. And fair people who farmed weeks and consumbles that they have, now worth 1/10 vs few days before bug.
That’s the reality.
Basically showing us: “If there is any new exploit you better use it !!!”

Yeah there threat of getting banned is a joke, its more of a slap on the wrist …

but it is not clear that AGS Dev and decision makers are evidently unable to carry on nor develop a finished game. let alone fix the enormity of the bugs released at the release and the bugs they have introduced to fix them

for me the problem was never that the game has bugs, (and many) the biggest problem of this game is the lack of modesty and the bad treatment towards the players. “ALL” the patches that have been released have brought very big problems in sectors that were not supposed to be touched with that patch, problems that have severely affected the way players play for days and weeks, has anyone from the company apologized for That players can’t play properly after a patch when they could before? no.

For example, after this patch I still continue to have storage problems, my character after the patch that improved the change of weapons feels slower and clumsier, helplessly watching how each and every one of my attacks cancels me, and also… not now I can’t make anything in my language, (Spanish) I’m forced to change the language of the game every time I have to make something, a problem that I didn’t have before the patch, so my game experience has gotten worse. And what has the company done? nothing, neither a statement nor an apology nor a message about how they are going to prevent us from being 1 or 2 weeks playing worse again for each patch… or anything. this is for me the worst of all, the treatment of the players

everything is a failure but atm we are having Scope creep and prolly gold plating.

Scope Creep is when you think you know the impact of a
change so you go ahead, but it turns out that that change
leads to another one, and since you are already making
the first change, you go with the next. Then another
change comes up, and another, and another, until it’s
hard to tell what the scope of the project is

Gold Plating is sometimes people think of a really great improvement
to the product and go ahead and make it without even
checking the impact.

Brah… <3 for your comments.

Only Amazon itself can kick AGS in the butt now, couldn’t agree more.

I love this damn game but just logged out in disgust, all the duped stuff on the market is just bullshit

I am not a pvp’er, I have no interest in dungeons or mutated dungeons hell I haven’t even got my lvl 5 staff because all the quests are for groups of 5 etc, what I enjoy is gathering, mainly cooking materials like con food etc and now with the dupe even that’s fucked.

I have never in 20 years done a I am done post but here it is, I am done until this shit is fixed

Yeah with every patch i have less of an urge to play due to all the bugs, dysnc, exploits and the fact they are doing such a bad job

If I had to nominate one single post for AG to read and learn from it would be this post.

They have been sabotaging their game since they removed the Alpha Souls Like Combat System.

Its pretty much the reason for most of the Combat Problems we face today. I’m not saying the Combat then was perfect, but it could’ve been a true Gem, with time and some more effort put into it. Sadly it never got the chance to be improved. 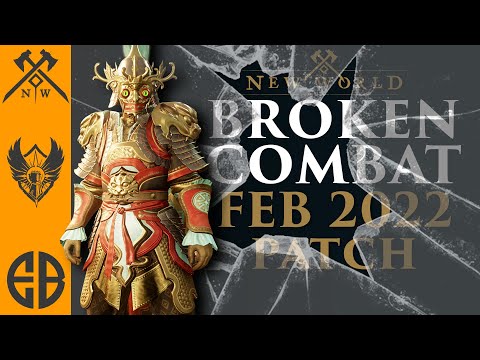 I don’t think you realize a “souls” style combat won’t work in an mmorpg. It’s fun for small scale but as soon as you get into wars or OPR or any larger scale combat it’s a horrible mechanic

It all comes down to tweaking and balancing.
The Souls Like Alpha Combat in Wars worked pretty well and offered way more depth than we have now. It also was somewhat less laggy then, as Zerging and “AoE Stun Trains” were not really a thing as Grouping up could be heavily punished.

I guess I will just state the obvious in that a lot of people livelihoods depend on the success of the game. I mean sure, they could look for another job if NW shuts down but they would have NW on their resume.

It did work in large scale wars. They were better, in fact.

I’m sure they actually believe their decision making is great based on whatever metrics they’re using.

However, you can just feel they’re not gamers at their core, and it makes the whole project feel soulless.

Whats even better is the same team here creating new world is taking on another project. They are coordinating with developers from everquest and planetside to create a play for free game. There is not much details on it, but its out there. They are also working on a new lord of tthe rings game. The new world team is spear heading it.