AGS please consider adding more ways to get craft mods for the love of baby kittens!

Craft mods are obscene right now!! crafting is already expensive as hell for little reward if you dont roll a BIS, with crafting mods now up to thousands on some servers such as iron insignia or linen arcane and you need 10 of them, its just making crafting less and less feasible which is a core part of the game. people just wait for drops now because it honestly is just as RNG dependant and significantly less expensive than crafting.
Please AGS consider adding more ways to get craft mods, such as through OPR crates, War crates and/or up the amount you get from chests. this will not impact the economy negatively but will help it grow, more crafting available to purchase = more people can play and test with gear = more people having fun.
#makecraftinggreatagain

I also made a topic about this in the Feedback section, the crafting mods farming part is insane. I honestly think it’s way much better to farm stuff rather than craft your own. But even then GS is locked behind mob level and a lot of mobs drop specific gears (or gear set parts) so you cannot get a full gear set.

Maybe just get rid of all of the mixed attribute craft mods and make them single attributes based on the dominant attribute in their pairing? So the Knight mod becomes Sentry, Fighter becomes Soldier, etc.

Maybe just get rid of all of the mixed attribute craft mods and make them single attributes based on the dominant attribute in their pairing? So the Knight mod becomes Sentry, Fighter becomes Soldier, etc

I like this idea since we cant craft split stat gear with timeless shards. I would also get rid of split stat combos on gear that dont have constitution to reduce attribute variations.

Random perks is enough as is.

Your complaint will fall on deaf ears. Sliver of Consecrated Iron hasn’t dropped from anywhere in a very long time and nothing has been done to fix it. The only place that’s possible to get one is jewelry crafting proficiency crates. On every world I’ve been on they are 30-50k easily. It’s one of the reasons I stopped playing a healer along with AGS ignorance and hatred to healing and the mechanics behind it.

Hey there is a place where I farm this perk.
It drops in Dungeon 35. It´s not easy, but you can get some there

What would be great is a way to turn 10 trash perk mods into 1 of what you want. i.e 10 tree sap can make a con mod… would help the market for these .01 cent things that clog up my storage box

Could this improve the Crafting Situation, including the “scarcity” of Components?

I don’t like the current gambling RNG Crafting System. My suggestion: Implent a Minigame for each Profession, depending on the Resources you put in and the better you are at said Minigame the better the predetermined Item you craft. (Something along the lines of Skyrim Lockpicking, or the Minigame for Fishing) The higher Tier of Item you Craft and the more Perks you assign, the harder the Game gets. Crafting Good items would hence come down to Skill and not to RNG. Spending Money and Resourc…

people just use kon craft mods to craft gear which they can sell…
use str mods / int mods,

Craft mods are very easy to farm though…

Hey there Summervibez,
I can def get behind your #makecraftinggreatagain movement. Thanks for your feedback and suggestions. I’m sending a report from your post to the devs.

People don’t want to look for alternative ways. They want to get everything at once. The first thing they do is run to the forum to cry when something in the game does not suit them.
Unfortunately developers read such topics and make the game easier.
One example is Umbral Shards. They were added wherever possible, as a result, the content was completed in a week. There is nothing else to do in the game…
Use other craft mods on int\dex\focus. Stop already begging on the forum to facilitate the game.

Craft mods are fairly easy to acquire, you just have to grind for them in the right places 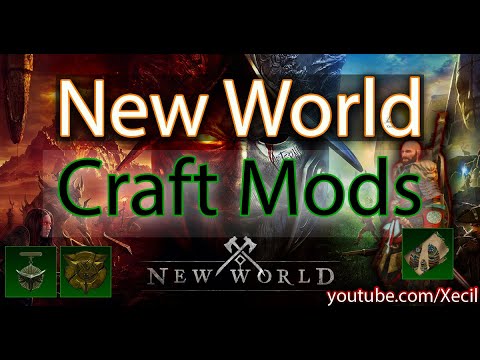 Crafting mods is a problem, but even bigger problem is that devs keep adding more perks to the game, while crafting RNG stays the same. Most of the perks are bad and useless for pvp. It’s already hard to craft some good item for pvp, and when the new patch hits it will be even harder.
So once again ppl who are ahead of everyone and already have good pvp legendary gear with 3 good perks will became even harder to catch up.

Just forget about it. With the new dungeons you can get every piece of equipment you need as BIS items. As drops.
No one will need crafting any more, Cooldown mat prices and crafting mod prices will plummet to an all time low.

I have checked the new drops, there is very few good items there. Most of them lack the skill perk. For bruiser GA/WH players there is only 1 good item and that one is without skill perk.

Crafting is broken, reward is 10% of your investment if lucky. The crafting system would be ok, in a world were the economy was not completely broken. Mats/perks etc. were not intended to be outrageously over priced as they are now.

Why have a feature in game to turn ori ore into tolvium, that would mean taking 300g and turning it to 20g.

If the mats were more attainable crafting would be worth doing. As it is now, just get voidbent set, farm expeditions till you get BIS gear for every set-up.

Mats would have to be very cheap to resurrect crafting from its dead state.