Let’s put Fresh Start icon to all servers, including Legacy servers, for 2 weeks then merge them.

People who joined after the RTA “event” weren’t told they were joining an RTA server. I just bought the game, I definitely didn’t know what I was getting into, I thought I was joining a new server where I wouldn’t have to compete with people playing for over a year.

Let’s put Fresh Start icon to all servers, including Legacy servers, for 2 weeks then merge them.

i found the solution

merging any other Legacy server into Fresh Start server.

Either continue with the merge, RTA server into Legacy serve

WRONG! RTA servers are to be treated as Fresh Start Servers AGS said. RTA servers should be merged into fresh start servers (since they’re both FSS).

Neither should ever merge into Legacy.

These rta servers are fresh stsrt servers. Ags even said that. Legacy players couldn’t transfer there. They were never to be merged into a legacy server. The integrity of ags word is at stake here. If they go back on this we cannot ever trust anything they roll out in the future. I left another mmo ovrr lies like this. I hope that ags chooses integrity and merges rta servers with other fresh start servers.

OP you are plainly wrong and it is easily proved. Even AGS calls them FSS period.

See proof here. Note the title of the thread and which servers are included in it.

As Return to Aeternum draws to an end, we’re opening up the following worlds to the public 2022-11-18T17:30:00Z (UTC). It may take several minutes and require a refresh for these changes to be reflected in the world selection screen. Dracul ( EU Central ) Death ( US East ) Titan ( US West ) Overlord ( SA East ) Moving forward, they will be treated the same as Fresh Start Worlds. Edit: Please see this notice regarding Return to Aeternum Worlds.

Continuing the discussion from [Notice] Fresh Start World and Return to Aeternum World Merges for All Regions - December 6th, 2022:

To address these low population Fresh Start Worlds — which includes former Return to Aeternum worlds now that the event has ended — we will be merging several of these across all regions.

1 a. no thanks I can see enough of them on Ygg lol
b. if this is the case why are you lot so against a server merger
c. maybe read some of the forum posts

That’s not really relevant as from the beginning AGS told the streamers handing out codes these were going to be FSS and thus the same rules applied when it came to merges.

It’s very relevant, because once the servers were open to the public to join, I can see someone joining not knowing it was RTA, but if you had a private key entered said private key, engaged in RTA grinding etc. you can’t feign ignorance

Actually you can, but then you can’t rebut that your IQ is extremely low

EDIT: I misread the initial response from nobelham, he said he didn’t know it was RTA for people who joined post event, which is true

The fact they were RTA event server is NOT relevant because the streamers and people that joined were TOLD BY AGS they were FSS and treated as such.

This wasn’t something they decided AFTER the event but what they told those participating right from the start.

Clearly this is more about streamer bigotry than anything else. The only brain dead low IQ problem here is the idea that being in a RTA fss was somehow an advantage over joining a non event fss as that is flat out false.

It IS relevant, because the entire discussion around RTA was that they were EVENT servers (initially) then someone at AGS effed up and said (not a direct quote) “guys guys chill, we will be treating RTA like Fresh Start going forward” and this has led us to today, where they had to back peddle and in doing so had people bring up that eff up.

So now AGS is trying to figure out how to undo that eff up, thus the delay

This wasn’t something they decided AFTER the event but what they told those participating right from the start.

I don’t know how much of that was Streamers/their people not understanding what it was vs. AGS incompetence, but either way I personally don’t believe RTA should be treated like a Fresh Start.

And I do agree AGS has a lot of blame here, due to messaging/lack there of.

The only thing to un F up is trying to merge them with legacy servers instead of other FSS.

By every metric that matters RTA FSS belong with other FSS NOT with legacy servers, period.

I think this is the right move, and think them saying they were like FSS was the eff up

The streamers had back room talks with AGS prior to the start of the event and they did not misunderstand anything.

Even AGS admitted they were treating them like FSS but changed their mind.

I know, I have been following this since the initial posts from RTA peeps started popping up. And I can tell you them responding to some of those is the MAIN reason we are here, if they didn’t respond with “we will be treating RTA like Fresh Start going forward” when they announced the end of the event etc.

No one would have a valid reason to complain from the RTA. Now they have something to latch onto and scream foul.

Looking forward to seeing how AGS pulls out 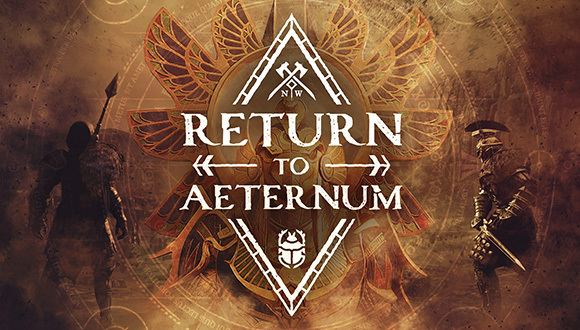 Watch your favorite Twitch streamers forge a new legacy into their very own fresh start worlds in Return to Aeternum.

To quote the very first line of the RTA announcement…

Watch your favorite Twitch streamers forge a new legacy into their very own fresh start worlds in Return to Aeternum.

The RTA servers were FSS from the start. Enough said.

And I can tell you them responding to some of those is the MAIN reason we are here, if they didn’t respond with “we will be treating RTA like Fresh Start going forward” when they announced the end of the event etc.

My issue with your statement is this quoted above. They didn’t suddenly start to refer to them as such at the end of the event then but rather right at the start and even before the event went live period.

The only lies being told here is by AGS.

Okay I see your point, but I would argue that this being “their VERY OWN fresh start” makes it different from a Fresh Start world as existing for the rest of the Fresh Start servers.

So yeah, although I do agree they used that verbiage, it is clear that RTA was not the same as a regular FSS and until they specifically said they would treat them the same, they weren’t the same (and in my view still aren’t, thus the eff up)