and that problem are already do evil openly… 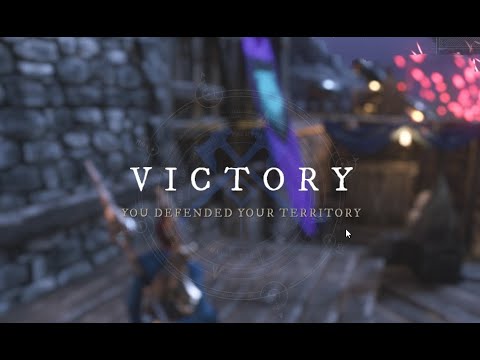 We do care about cheating, thanks for the report.

Well that was quick

AGS adopted same ban in waves mentality that all MMO companies did to “save on costs”. Problem with wave bans is that bots do so much damage between waves and alienate so many players that in the log run you kill the game by “saving” to pay in game GM’s that can deal with bots swiftly

We have reported an aimbotter on killaraus hundreds of times but haven’t had anybody look into it yet.

Also notice how they say they care about cheating. Of course you care, what you doing about it tough?

Another thing about musket, the fire powder skill doesnt end cooldown when you crouch, apply to other skills musket too, the exploit and aimbot, keep hitting head, the pain T_T

These cheaters are actually quite easy to find as players as well as for Amazon. There is a curve that they have for expected hits/misses by shot. Pull the record for the number of shots and when you see less than 1/10% miss . . . ban the person . . . permanently.

Ok, so this is my video. Can someone give me a reason why so many people think I’m cheating? My aim is not even that good in this invasion. From some of these responses I feel like I need to add this, no I’m not cheating with a non-hitscan weapon in an invasion.

He misses so many shots. What are you on about. Haha what kind of witch hunt is this.

After the 1st pen poison shot, he misses the 3 rapid then 3 light autos… Rewatched first 2 min. Its like 60% accuracy if we count the cannons lol

There are no signs of cheating in this video. Did OP even watch?

10 shots missed on 2k he said. I saw 10 miss in the first 30 seconds… We should report the guy trying to report this.

Uhhhh which part of this was an aimbot? Is this just one of those “there’s no way someone can be this good unless they’re hacking!”. He missed some shots and his mouse movement looked pretty natural to me, I’ve seen pro players in FPS games, especially Overwatch where Hanzo (bow character) mains were even better than this guy’s aim, does that mean they’re all just hacking hmm.

This is one of the biggest timewasters that devs have to deal with, irresponsible reporting with zero evidence.

It’s what happens when a guy who loses invasions at 7 minutes sees a team of people play with 10+ wins under their belt. It’s flattering really.

for those who saying hes not cheating(aimbot) look the video again around 13:38 he aim do 360 turn and shot and do a perfect shot in less then .3 millisecond… really suspicious, I stop watching after this

Still waiting for any actual evidence of a cheater…

uhh Im not sure if you are trolling but the 180 shot didn’t even hit anything and its also really obviously natural movement with micro-adjustments after the 180.