Any of the devs plays FS?

I think if the devs played FS we would hear about keyboards and computers being smashed and broken out of rage, I have over 3k hours and i was forced to swap out of the class cause its dead.
-Meteor is dead after changes
-pillar is 2 slow animation
-fireball VERY easily dodge-able
-flamethrower gets staggered to death
-inncinerate is a joke and i wont be surprised if its the least used ability in game
-burn out, ok but could get some animation speed increase.

Also entomb needs hotfix…
IG needs overall rework,
IG sadly has always been a secondary weapon and could never shine as main star.
The team needs to deep look into that

Agree except for fireball. Fireball is the only redeeming quality for a FS user.

IG has been a largely outdated weapon since the ability to dodge in roots. The damage just isn’t on par with other close range weapons.

flamethrower gets staggered to death

PVE
I feel like in brimstone when I throw the FB, you have to precise hit like throwing a dart through a hole, or it misses even appearing to blow up around the target without seeming to cause damage. Given its size shouldn’t it auto target hit a little? And it is dodged easy

IG sadly has always been a secondary weapon and could never shine as main star.

nah, fs is very OP and you should get nerfed more. all fs skills during all balance patches and even the new perks they had after the update got nerfed but its not enough. gut it more

as you see, one of the 200 IQ bright minds, true einstein of class balances, a no name random wannabe content creator(ok i cant keep doing this) states that he cant 1v3 FT user, so it should get nerfed

so it will get nerfed. and no this part is no joke and no sarcasm. i wish it was 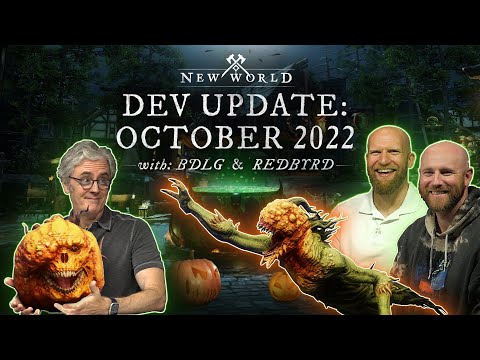 watch this 26:45 exactly. see whats the thought process when it comes to fire staff.

yes boi, these bonobos deciding your game experience. they wana oonga boonga more so you suffer.

Surely you jest. The nerf bat will come and go as always, but somehow Ice, Void and Fire never get any fixes.

Firestaff needs rework asap. If they just nerf flamethrower without doing any good changes to the other abilities too, just throw it in the garbage and use other weapons. Only without playing a weapon devs will understand how bad in balancing weapons are… If they want a New “melee” World just be it. I’ve already changed my weapons to Sns/GS and killing these poor mages to easy when i find them… they’re not so many though

Don’t forget about all those m10 speed runs that stack 4 fire staves.

Ya that was a silly argument that he can 1v3 flamethrowers.
This point was as good as “I cant 1v3 healers, bruisers bows and every other class so lets nerf them all!”

We just need some major reworks at this point to both Firestaff and Ice Gauntlet, minor tweaks are just not cutting it anymore. Firestaff specifically is severely lacking utility while also being extremely clunky to use.

Incinerate is incredibly telegraphed, Pillar Of Fire barely does more damage than a heavy attack and has a terrible aiming mechanic, Flamethrower already got a massive nerf with the Efficient Burnout Nerf and is getting another Nerf on top of it soon, Meteor Shower is probably the absolute worst ability in the entire game making you stand still for a long time to deal a tiny amount of damage and Burnout is decent, but gets easily interrupted.

The entire Kit is just really lackluster and it feels super underwhelming compared to most other DPS weapons. And don‘t even get me started on the stupid 2s walking animation that you do after every basic attack, severely slowing your gameplay down and making you an easy target for all the emerging Meta Bruisers swinging at you.

IG has been a largely outdated weapon since the ability to dodge in roots. The damage just isn’t on par with other close range weapons.

The VG is a support weapon technically but it has abilities that shine to let it be a main weapon star but IG doesn’t. Even though VG has a few dead skills as well.

Ya that was a silly argument that he can 1v3 flamethrowers.

Except that wasn’t his argument. His entire point was how wrong it was that you could stun flamethrower and they could just fire it up again. But people believe what they want to.

mages are good where they are at. any buffs and its going to be ridiculous

yea so? any light attack spam out damage FT, and they have lunge. no fire mage in their right mind can afford to stay in front of a melee and just ft.

with same logic, 3 melee can light atk spam me to death, no counterplay ever, dodging also doesnt work cuz its nerfed and they have lunge. its also no brain, boring, cheesy gameplay.

so how about it then? i should ask for light atk damage nerf?

see, this is what you dont understand mr. bldg fake account. you are so blind to defend yourself that you cant comprehend how moronic that statement and the mentality behind it

What you don’t understand is this isn’t about the fire staff, it’s about you lying about what somebody said that can be clearly verified on a video.

it is light as day. video is there, dont make me copy paste the whole conversation here. if you lack enough IQ just quit. lets say i’m lying, how about others in reddit(btw, did you check it? the guy is literally famous now, with his stupidity) and other threads in this sub?

everyone is lying but you are the correct one, right?

drop it. you are pathetic

it is light as day. video is there, dont make me copy paste the whole conversation

Post the exact text where he said he should be able to win a 1v3. I’ll wait

Is what the streamer said.

What he is really saying is 1v1 - it’s fine because he can kill a flamethrower in a stun, and that’s a counter.

Hard to kill all three at once when 2 stand behind him to avoid cleave in 3v3 arena so I guess that is the continued logic. Totally legit if a flamethrower can’t kill 3 greataxes though.

In all fairness, I think the streamer was given a script, and his experiences in game does not include flamethrower being a challenge…so he pulled something random out of his bum or misconstrued the script. I suspect competitive players and wars don’t have flamethrower or don’t see them as a threat. I’ve never seen a FT in a top war roster.

Funny stuff, tbh. A mana cost increase won’t be much of a nerf, so meh.