But this game is dead.

heavy 50/100 con does more dmg than dodge monkey running away from ground in entire m10 run. most case of failing m10 gold is by death from light armor’ dodge fail. can do nothing if tank dead etc. at least heavy armor prevent wiping when tank dead.
light armor dps is fine if dodge well but medium is shit 10% bonus dmg x 10 hits = 1 hit. heavy armor can hit about 15~20 hits while medium armor’s hit 10 hit with running away from ground / low hp 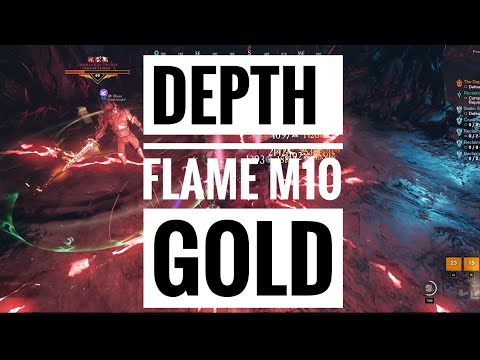 the only mutation where heavy is better than light dps, is the fire mutation bc u need to step out of the fire as light (unless your healer plays with sg and beacon

but other than that, we always run light armor with full ward set and noone got more than 50con (expect the tank, he runs 200con) and gettin easy gold depths/tempest

Nice! I will post my stuff. I mostly use my hatchet around Sirens in light.

Although I also have bits for a heavy. I always make a heavy set and a light set to 625 first as I tank or melee DPS and then play around finding optimum, which sometimes involves medium.

I will run medium for DPS when running PUG as I don’t know if healer is good.

The tricky thing is that I expect to pick up the drops in the dungeon that have lost ward, so just need a set good enough to start getting drops and then swap over.

I have three major trophies.

Two hammers, see which one works best. Chain is good for lots of mobs single wave, but if there are waves then maybe the refreshing move one will be better.

Yep off weapon will be GA more than likely

This is what I use most when running around Sirens. Regularly do Sirens arena in less than 2min:

I have a light Strength set for running around Sirens, three pieces have luck for drops.

I have a heavy set for tanking, and medium gloves, head and legs lost ward. I’ve preferenced WH perks and grav well. depending on whether I need to medium DPS or even light tank.

you are too late bro… i’ve got even best in slot for beast ward xD, beast expedition coming 2023 for sure.

atm with wep perk change buff i need to change my weps best in slot and already on it… gonna try get them before new patch comes.

At least what I have seen on PTR - Chain is back in the play rotation, with the slight boost, makes it viable.

been clearing temp/depth m1-m9 on first day , m10 2nd day, have farmed 2 million shards, tank is main and play heavy dps most of time im 2nd agro, as i keep attack them against flame/ spear/ spinning etc.
and I only go corrupt, gen/laz boring( doing in 5con, )
as i only do rapier/spear dex or STR GA WH with full grit is main. things with 460/410 STR increase base dmg of weapon, also have grit on attacks. grit means I will hit mob when mob hits me → perfect for heavy armor

things you need to know is magic dmg from boss/mage in corroupt is void that’s why flame is hardest in corrupt as you got fire resist in armor.
dyn dragon ball, slam, mage shoot. neishatun ground circle, isabella wave/dot etc etc all void. my team/friend we swap to void gears for boss, flame/nature for normal section.

I agree. Longer dungeons should reward more. I also think it should spread a little downward though. People just starting and doing an M1, albeit M1s are easy, and only getting 40 shards feels pretty ass when you can do a cast for 400.

Im always hype for a new dungeon! Cant wait to see it. Tempest was amazing except for some of the red coloring drowning stuff out.

yeah I always run light but avoid hellfire like the plague. That shit hurts.

PTR WHEN?
when does it come to ptr?

Yeah, when is this hitting PTR? I’ve never been this excited for a dung!

I think its this week. If not probably next week for sure.

why must you tease me and the poor with all that GOLD just lying around the entrance.

i got more lost ward pieces to find.

I just ran it in PTR. It was pretty easy (tank, 624gs, lost ward and major trophies). I look forward to seeing mutated versions.

The final boss is a puzzle-fight type of boss. I reckon it will stump a few players.

The second boss was also very cool.
Did you blow up the hidden door?

What I don’t understand is, I thought the devs said it would be the longest one yet, so far it looks like the shortest?

Just 4 manned it in mediocre gear (no wards makeshift perks) and one dd without trophies. I installed at the last second and went straight in. Everything went smooth until the last boss.

The dungeon is amazing. Huge step in the right direction. The environment had me giddy. Bosses were the best yet. Really enjoyed the mechanics of the first boss, his look, and the encounter as a whole seemed more like a proper boss fight.

Then we got to Miss 2.0. This fight was brutal and the final stage was chaos. Loved it. She really messed us up good. The rend is brutal and very punishing, but for now its not so bad until you let it stack. Situational awareness is key and nowhere feels safe. It was wild and a satisfying victory.

All in all, BBB was everything I had hoped for. Definitely a step in the right direction and gives me hope for the game going forward.

2 suggestions with BBP in mind

-up trophy count by 1. Let us just hang a Lost Trophy when it drops
-No more expedition faction mission lottery. up frequency/Just let us grab all 3 missions