Bots not getting banned, player count decreasing day by day

I have over 10 bots on my block list who’ve been reported for numberous times by many different people, yet after 2 weeks, yes 2 full weeks they still remain untouched and keep on farming 24/7. Yet the people on my server are getting sick of it and are quitting the game because there is no nodes to farm normally.

I wonder WHEN will there be taken action by AGS? All reply i’ve seen on bot topics are just totally nonsense. there is NOTHING but literally NOTHING being done about bots. IF there is being done something and, i can understand you need time to take action… but HOW can certain bots run 24/7 for over 2 WHOLE WEEKS???

I can’t believe any word about the community managers/game devs being said they’re dealing with bots. Soon the game will be 50% bots 50% players instead of 10-20% bots rest players as it is now (a rough estimate).

FIX YOUR FUCKING GAME BEFORE IT’S TOO LATE.

Same boat on my server.

Legit, a company full of bots. All in the level 40s now…farming 24/7. Multiple…and it’s obvious they’re bots. I have a clip of one being stuck in an iron ore for a good 10-15 mins…just running and jumping trying to get out. Owner eventually comes back and mines the ore. Really good ore respawn timing, I laughed the entire time.

Another one, completely different area…was stuck on a storage building. Running and jumping…didn’t stay to see how long it was stuck for.

Another, same name…different area, stuck on a tent (this guys script is horrible).

All named YD-#####…and nothing is getting done about it.

Not to mention the few level 60 bots…no faction and constantly running.

Really makes harvesting and mining a pain in the ass. A couple of my favorite things to do on the game.

I reported a bunch of bots & gold sellers & I have a lot on my list. For what it is worth, half of them are always offline now. It is anecdotal, though it is something.

So many issues and this is just one.
The best thing to do is cut your losses. Most people are probably still playing because of sunk cost fallacy and hope that things will be better.
From their dev stream #2 it is clear that they avoid talking about major serious issues, and are more interested in new features than broken systems.

Sure you can hope it will turn around but you also don’t have to waste your time here while you wait when you can go play or do something more fun.

Stop playing or definitely stop buying from the Trading Post.
Downvote on Steam and let potential buyers know what’s going before it’s too late for them to get a refund.

Then go play a more fun game.
Over Christmas EpicGamesStore literally gave out a dozen games, one per day, including Prey by Arkane Studios, and the Tomb Raider series. FREE.
There’s lot of stuff out there, free even. Lots of hidden gems and underrated games. Look around.

Stop wasting your time here. If New World actually turns around, you can come back no problem, right? Not like you really lose anything – you’ve already given them your money and you won’t be getting a refund.

Bots are killing this game.

Automated bot detection can only do so much,

this is not about expanding their team mate. Theres 137 servers, even with one person checking reports for each world there aren’t still 10 bots running 24/7 in several server for 2 weeks, or even months in some cases. The reports ARE NOT BEING LOOKED INTO. They don’t do anything, and god may know why…

There are some persistent bots on my server, but 75% of my block list is constantly offline by now. So I think something is being done about them.

However, AGS announced February as a “fighting the bots” month.

is this a joke? february month of fighting bots? lol they need to fight em since september

Do you know what happens if they ban all bots, and have a way of continually banning new ones? The game dies.

If you remove bots, resources will dry up very fast on the trading post and what little gets on there from players will cost a lot. Players then also won’t be able to buy gold. All the casual players who play maybe a few hours a day or don’t want to be forced to do things to make gold (that take a very long time), will just up and leave. All you’ll be left with are the people who were hard against any bots and gold selling, and the trading post will be dead.

I would agree that bots are, in fact, getting banned… they’re just not getting banned fast enough. Relying on an automated detection system to do the “heavy lifting” can only do so much.

i don’t agree with that

All it needs is a gm for a week to check all servers to check the reports. Then perhaps one day a week.

MIR4 is also a game with lots of bots. They even have forced PvP in open world so players can actually attack bots. But it’s still a problem.
They launched August 2021 basically internationally and is free to play. Steam counts are only a fraction of the player base, a lot don’t use the Steam portal. And being f2p you can imagine it’s a lot easier for botters to churn out accounts.

Since launch, AGS has banned 2000 + 9000 bot accounts according to the two times they reported numbers. No reports on bans for cheaters and exploiters.

MIR4 has banned 2000 accounts for assorted violations in maybe the last WEEK. Total to date – 8 MILLION. 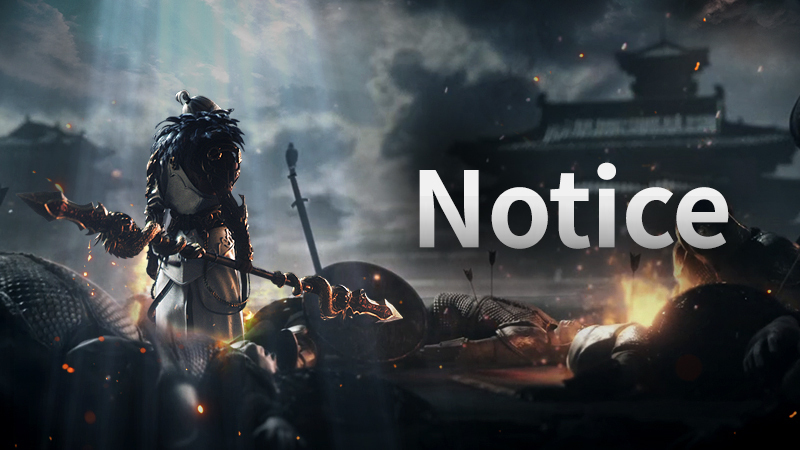 We strive to provide a fun and fair gaming experience for all our players. Our team carefully monitors and actively removes players who do not adhere to the Operational Policy and Terms of Use. We maintain a zero-tolerance policy against the use of...

Bots are a problem for most games. But some game companies are more serious, prepared, and competent.
AND they know it is important to keep up as best they can, not just against bots but cheaters and exploiters. Players don’t want to play with cheaters – including exploiters, botters, and RMT. Eastern game companies seem to be more sensitive to this, maybe because they have a lot more respect for their clients.

In comparison it looks like AGS is in the stone ages doing things by pen and paper or something.
If MIR4 only had the game population that New World had, we wouldn’t see any bots and there’d be a lot less exploitation and cheating. I dont think this is true at all. Care to be specific?

Noother, have you ever heard of the Nash Equilibrium? In brief, it postulates that in a closed system with finite resources, economies will stabilize at some point where the two factors, effort and reward, balance out.

Bots throw that equilibrium off, by making it proportionately harder – generally, much harder – for players to gather resources. Resources are effectively finite: they do respawn, but on a finite timer that limits their availability. As long as there are more players who would normally WANT to gather more resources, but their availability is unfairly restricted by cheaters and bots gathering up most of them, then you have no basis whatsoever for making such an assumption as you make here.

Very likely, resources will NOT dry up on the trading post, because PLAYERS would pick up most, if not all, of the slack. It would then be PLAYERS posting resources for sale, or using said resources to craft items that then sell in greater abundance on the Trading Post. I’d hypothesize that both – raw resources AND crafted gear – would be just as abundant, with slightly-larger offerings of crafted gear. But HOW much is anyone’s guess.

Right now, the price of Orichalcum Ore appears to have largely collapsed on my server, with batches of several thousand units of the stuff being offered at roughly 2.4 coin per unit. What appears to be happening is that bots are harvesting massive quantities of the ore, then undercutting each other to sell it as rapidly as possible. Likewise, other Tier-V materials such as ironwood, infused leather, and infused silk are selling for a lot less, presumably because the effort required to acquire them is a lot lower than is the case for orichalcum.

My frustration is that I report the same bots, at the same locations, day-after-day.

I really wish AGS would either act on these reports - and ban the accounts - or just be upfront and tell us that the reports are being ignored.

At this point I’m on the edge of walking away from the game, not because of the bots, but more from a sense that I’m just being ignored when I submit reports.

You see if they banned all the bots the daily peak would go from 80-90k down below 50k and that would be a bad look for AGS. Plus who in the world is going to buy a new copy of the game at this point? Basically just bots.

The is one of the most ignorant “conclusions” that seems be thrown around here everyday. It ignores so many factors…it’s just laughable. I understand over-simplification makes it easy for you to accept it as fact…but it’s just dumb.