Firstly im a big pvper and know a bunch of pvpers, all 10+ bow players I’ve spoke to since testing this change in PTR have said they are respeccing and changing from bow, including myself due to this one simple change:

We are now stuck in a long animation after firing a shot, you used to be able to light attack then use an ability straight away (double shot) and/or roll/dodge away instantly, now you have to wait 1 whole second no matter what you shoot, before shooting or using another ability. This makes the bow now feel useless, predictable and clunky as were are always locked into an animation without being able to do anything. Bow was already a mid tier or lower but its only saving grace was that it felt fun to use if you were good with it, now it is terrible and feels terrible.

The wort part is hitting with a light attack then cancelling the recovery with another ability is an option on countless weapons and wasn’t nerfed, the only one weapons that has this mechanic removed were bow and fire staff with pillar of fire cancel, to my knowledge and bow wasn’t op or anything because of this mechanic.

Animation cancelling (when not op) is usually great for pvp and creates a higher skill ceiling, so why remove it? the pvp in this game already has a very limited skill ceiling.

Please revert, dont just put buff the bow in replacement because it will still feel clunky. Thanks

Bow its so bad right now, i will be mage or mele, TANK META isn’t profit for the game revert the change on bow.

I don’t think range weapons were meant for dps as much as melee. If they were, most players would drop melee weapons in a trash bin.

Yeah pretty pissed off that animation cancelling seems to be ok with anything other than a bow.

Buffing brainless left click spam weapons that were already meta, while cutting the legs out from a weapon that take some actual skill to use…

that makes bow feels not consistent 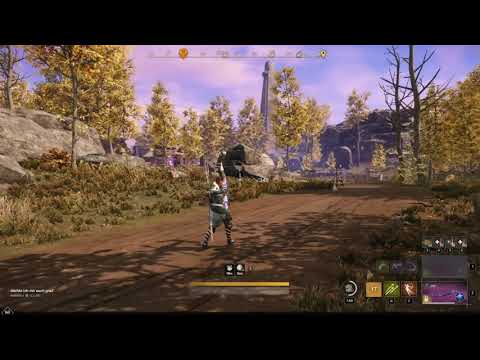 I never thought the bow was underpowered in terms of how much damage you could do, but holy shit, even before this change, I thought the bow felt clunky and slow. The animation cancelling to use your skills was the only thing that somewhat made up for it but even then, I felt like bow would get outplayed by mages and muskets cause the rate of fire was absolute garbage. Now they made it even slower.

The patch notes only mentioned fixing the primary attack, a bug that very rarely occurred, doesn’t mention anything about animation cancelling into skills.

Its a shame that my favorite weapon is becoming increasingly unfun to play. I guess we’ll just keep still, biding our time with rolls until the inevitable GA user with grit on every attack comes to ruin our day. Musket feels great, but bow is in the gutter.

Bow would still be worse than melee for dps if this was reverted, it was the only mechanic that made the bow not feel clunky and was great for a well timed burst if you had good aim. Now bow is so predictable its literally impossible to dmg a shield user with a bow now as they know every time you are going to shoot. The wort part is hitting with a light attack then canceling the recovery with another ability is an option on countless weapons and wasnt nerfed, the only one that was nerfed with this was bow and maybe firestaff slightly to my knowledge and bow wasnt op or anything because of this mechanic.

Same - bow is so bad right now. Why use a bow with travel time over hit scan lol. Please change back.

Agreed mate, bow wasnt as good as fs or ig by any means but i thought it was in a good spot, between overpowered and useless, the only changes i would have liked to have seen were aim cancelling being faster, same speed as musket and heavy attacks taking less time to charge. I would have been fine with no more buffs or nerfs for now. This was just random and nobody asked for it.

Why use a bow with travel time over hit scan

Add the fact that it takes forever to get out of the aim animation, the weapon is slower than ever. This is the exact opposite direction we needed for the bow.

Thats what happens when you arbitrarily set up a bunch of changes without listening to any of the feedback provided by hundreds of players that ACTUALLY spent several hundreds of hours extensively using “testing” the weapon, then you create a [Focus feedback] thread, and still dont listen to ANY ot the feedback provided there, then you push forward ALL your initial set of chances UNTOUCHED by any of all the feedback provided into the matter. Worst part is that with all thats been changed, its very clear to see that the devs dont even play their own game.

I main bow, I havent even logged in lmao. Bow was something i really enjoyed even though it was already clunky. Since I tried in on the PTR a while back i just havent wanted to play.

I think when they say PTR they don’t mean: Let players test all planned changes and possibly make further changes based on how the community reacts… It seems like they mean: Test the update hasn’t got any major bugs, dupes etc and roll it out if so. I hope a community manager or something comes across this thread and tell us if its intentional and if they could please pass this revert suggestion to the dev team, otherwise i know me and most good bow players will just play something else if even the game at all until it is reverted.

It’s the same with the Ice Gauntlet right now. A whole second where you cannot use any abilities or dodge. It’s very very clunky.

Its literally the worst possible change for any pvp game bow1920×1080 230 KB
So glad you asked for feedback into the weapons changes and balances AGS, i am very glad that community’s tenths of thousands of combined hours came in cluch into making this a great improve to the weapon class.
16 Likes
Nixvii November 19, 2021, 1:07am #19

It really doesn’t help that our light attacks have the velocity of a marshmallow thrown by a toddler against the wind.