I think i speak for most of the player base when i bring this to your attention; the bow is in dire need of some sort of performance reduction. The damage per shot is more than any weapon in the game, coupled with unparalleled mobility, this weapon has gamebreaking qualities and should be dealt with swiftly to avoid further alienation of the pvp playerbase. My suggestion would be a reduction in fire rate to compensate for the powerful nature of the shots, or alternatively, a smaller hitbox with the arrows so players cant hit you in the head constantly.

the bow had its mobility reduce via Jump nerf and due to a bug its dmg reduce by 20% yet you want more?

the bow needs to hit the hardest because its aim is crap and currently one of the slowest weapons to shoot.

The bow is broken in many ways but it’s intention has always been to be burst damage. They are fixing one bug which will reduce the damage by 20% for body shots as a perk is being applied too widely.

I’ve seen so many arrows disappear or not shot where the cross hair was. The penshot in war disappears into crowds and doesn’t apply any damage. If you hit someone who is dodging with a penshot it kills the arrow and won’t go through to people behind. There are funky behaviors when trying to shoot an ability where it doesn’t trigger. The time to fire and arrow travel time is insane to hit especially when combined with desync. You are significantly slowed when trying to shot a charged shot which is where all the damage comes from.

Go on keep nerfing everything until combat itself is not fun anymore . Then we can all move on to a different game…

a smaller hitbox with the arrows so players cant hit you in the head constantly.

The hitbox couldn’t be smaller than it currently is, its about 100x smaller than other ranged weapons, besides the hitscan musket. If you are getting hit in the head constantly with arrows in OPR/wars, then you are literally standing still and should stick to pve content

i agree bow needs a nerf its meta broken build atm combined with spear or rapier and nothing can beat you in light or medium armor, poor heavy GA’s

The bow needs to be nerfed for shure! I propose replacing arrows with hyssop! And when you hit some you place hyssop in their inventory! I know you think I am joking but imagine the face of the fool you’re shooting when he gets overweight! Are you insane? You clearly have never touched the bow to see how fucking skilled and hard this weapon is! They are already nerfing it to the ground and I am not talking about jump shooting! I am talking where it is right now compared to when it started. It’s so garbage now there is no fluidity! Get of your zerg build and test smt else before complaining about builds that outplay you. Everything has a counter in this game

Bow spear-rapier is meta atm, EVERYTHING else got nerfed but those 3 got buffed and now its broken OP and unbalanced, devs please restore the balance either by nerfing them or buffing again everythign that you nerfed to the ground… NERF THE BOW-SPEAR-RAPIER TO THE GROUND BRO!

The bow gets nerfed every patch broski.

Funny you say that. I’ve seen players in duels hit 90% of their shots against good players in medium/light armor. Dodging, jumping, juking had no effect on the bow. It’s like a heatseeking missile for some players.

How many bow/spear/rapiers are in wars these days? How many GA/hammers are in wars? GA/Hammer melts bow users period. There are a very small percentage of players that make them cry but in my server GA/Hammer is the meta…

I mean everyone wants nerfs instead of buffs so yeah, enjoy the trashed game. I have to hit people 10 times in a row with fstaff to potentially win a fight, meanwhile bow wins in 3 good hits. Instead of buffing fstaff, everything will be nerfed. Let the trashing commence

HAHA
This is low quality trolling. 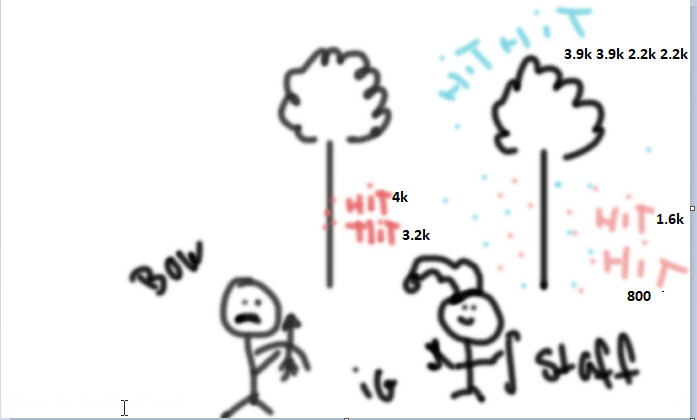 balancing in a nutshell - Obviously the correct thing to do here is leave bow as is, fix ice double hit, and rebuff fstaff. 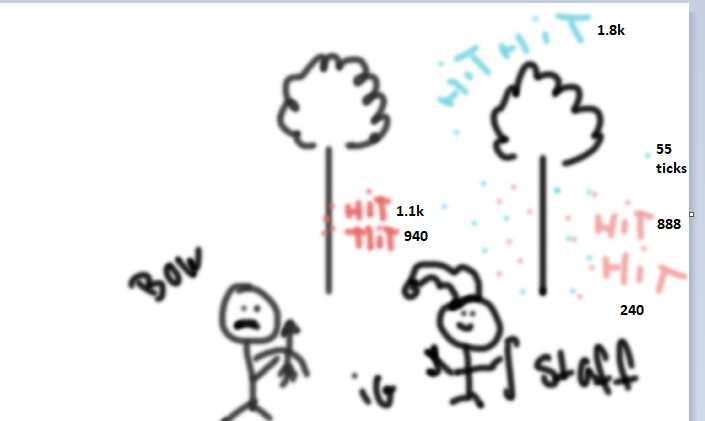