Bow needs to be either reworked or adjusted

The arrows of the bow fly really slow/heavy, you have to lead the arrow by 2 or 3 feet, and thats within about 5 meters. the distance needed to lead a shot increases significantly at about 10 meters or more.

It is very hard to hit people especially with Rapid shot, the arrows do not fly where you aim them and sometimes ever just shoot up or to the side.

A speed/Distance increase to the arrows will alleviate this and make the bow an actual contender in the pvp.

Poison does very little damage to players and wears off extremely fast which makes it a bad choice for pvp CC even in war and Outpost rush.

I am not asking for hitscan, just a distance increase so the arrows can be more effective at ranges at about 20 meters…

As you can see on the video, the arrow cant even make it 10 meters without dropping with all the needed perks and Heavy shot.

First video is with "Aim True and Arrow Range"
Second Video is without the perks on. 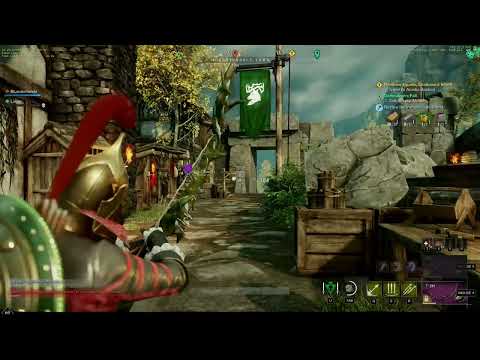 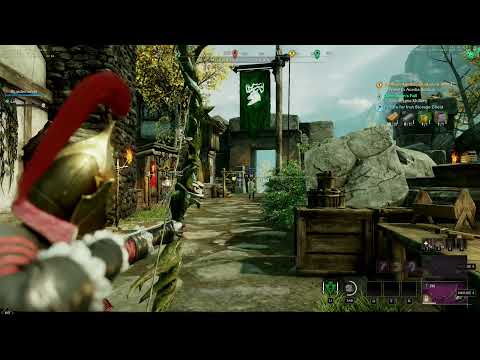 Edit: If you agree, please comment so that the devs know this needs to be changed, its a QOL thing.

Imo the active skills need to be reworked. I only use a bow for the heavy draw to do ranged damage to stuff I don’t want to fight in melee and maybe the skill that sends you backward for an evade and damage shot in one. The other skills have long cooldowns and are plain poorly done. Scattershot is bad. PoE does that kind of stuff better. Lining up targets for the piercing shot isn’t so easy. The arrow could be wider.

Musket on the other hand has the 12 second cooldown grenade that does 175% AoE damage and a stagger.

Agreed, but instead of a “wider” arrow, a faster arrow would mitigate the need to lead so much, it is super easy to miss shots.

And take a look at this 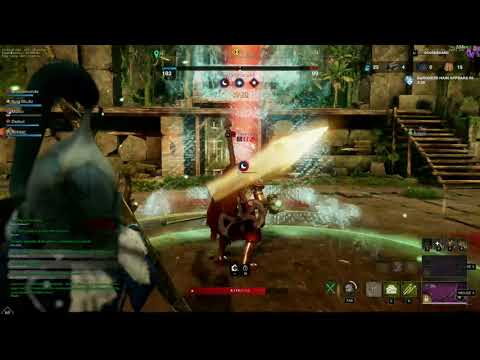 I can’t get arrows or bullets to land at close range.

It is very easy to miss shots. If you are pushing for bow balance though imo you should push for an asymmetrical balance. Compared to the frost gauntlet which shoots straight and has better skills on lower cooldowns the bow is a heavy draw with lousy skills. You have to draw the bow and enter an aiming stance to fire it otherwise the arrows go into the ground.

I don’t think the bow has any effective hamstring skills to slow your target down and make them easier to hit. I wasn’t part of beta but I would assume the bow originally had hamstring and it was gutted because slow-moving combat is boring and they never bothered to adjust the bow to make it functional. That is speculation but hamstring and bows in mmos go together like swords and shields.

I just want an wider hit box for the arrow and a little more forgiving hitbox on players. I’m tired of arrows going through people…

So…what…? you want the bow to shoot out trees?
That travels just a tad slower than a bullet?
Do u know a biw can crit 4k plus on heavy armor, and 6k on light?..
Theres pros and cons. When u land those shots its rewarding. All i can say is, learn to lead ur shot, its not counterstrike or val.

To be honest the bow is in a pretty good place, if you can land your shots, which are not that hard if you have ever used a bow in a video game. You can do massive AoE damage in both PvE and PvP. The only thing that needs fixing is the poison cloud bug. I would be okay with a slightly faster heavy attack, but other then that it is pretty nice. I can easily 1v1 or 2v1 with it.

When the shots actually hit, did you not see my video? lol Its a struggle to hit while the arrows sink like shooting trees. and sometimes they dont even hit lol

It isn’t that hard to hit with the bow though. Are you used to playing shooting games?

Any shooting game or adventure game with a bow shoots exactly like this. Have you never used a bow in another videogame? It is literally extremely easy to land shots. Would you like me to take a video of me 2v1’ing with it tonight landing shots?

On top of that, the arrows dont always register due to how slow they fly. Atleast with this, it will make it so that being accurate actually works

ok, but you are not allowed to miss any shots, since you say its so easy. please.

I will more then likely miss one when a GA user rushes, but again it isn’t that hard if you ever played Hanzo in Overwatch, or sniped long distances in BF. You just have to get used to it.

lol i have 13k (distance) headshots in BF. This does not work anywhere near close

I am playing bow too and i am totally fine with it.
Heavy Attacks hit like a truck. you can maximize this damage. its possible to oneshot light armored people in pvp. did that a few times with crits > 8k.
You have 2 Aoe skills with huge damage.
You have a slow, when you hit a target with 100% life or you can slow with aoe skill.

In Wars you should aim for their range dds, healers and the guys in siege weapons. you will have a huge impact by hunting and interrupting the people.

in the last war i was on rank 1 in my team. so bow is really ok.

lol 8k crits, let me see those, huge damage on Aoes? Both poison and rain do very little dps.

Also lets see these “one shot in pvp”

so how are you playing? who much dex do you have? whats your weapon?
i have over 420 dex in wars. light armor. a 585 bow with +11 % critchance and +11% crit dmg and a diamond for 15% bonus dmg.
you have to skill everything that gives bonus dmg in both trees and the ulti in the right tree.

lol yes i know this.

All im saying is, if you say numbers like those, provide proof.

Now irl an arrow flies true for 40 yards, about 36 meters, what is the reason for the arrows not to be able to fly true atleast 10 or even 15 here? But muskets have hit scan? When musket is one of most inaccurate weapons ever in history.

you say that bow needs rework or balance. thats the topic. and this is not the truth.
it is fine how it is. and if you do no dmg you are doing something wrong.
if you dont want help … stop crying.

p.s. you didnt give me an answer for your stats, weapon etc. thx