I’m calling out to the DEVs from here, please go to any server and play the OPR mode, because you don’t understand, with Deullo, the players are looking at the statistics of which character is played the most,
You are nerfing or buffing characters, which is not a healthy outcome. You will enter the game and you will play the game. it’s not very difficult, just spend 5 hours in opr mode and you will understand

Rapier:
It is impossible to catch the Rapier character, 360 Stun, Fleche, Evade, you need at least 3 people to kill this character and you need to spend at least 1-2 minutes to kill him, and if the person you are trying to kill plays medium armor, give up, don’t waste your time because this is impossible
almost all classes play rapier as a side weapon
example : GA-Rapier WH- Rapier Hatchet-rapier Spear-rapier… because you don’t die

And I’m not exaggerating these numbers in any way.

Also, the musket relod time is so short that it can inflict 8-11k damage on you in 1 second (depends on what armor you play with)

please understand now and do whatever it takes PLSSSSSS

Musket needs nerf. Low risk high reward by camping and shooting people all across the map without even damage fall off by spending one point into a passive skill.

Musket doesn’t need a nerf it’s fine as is.
Good for long range, but useless for anything else. If you run inside fort and actually play for objective instead of running out in the open and chase kills it can’t do anything to you. Also it can only kill you if stand still like a bot, pop a health potion, roll away, cleanse burning powder with regenaration potion, or just zigzag away. I can’t remember last time I was killed by musket in OPR.
Rapier is another story, but if you play rapier, you sacrifice offense, so there is that.

Musket is insane on range and also insane in duels combined with a rapier. Muskets can 2-3 shoot everything up to medium gear with very fast combos combined with a dodge that gives instand reload. Not sure what server you are playing at but Musket is OP in any way.
I assume you are a musket player that doesnt want to get his weapon nerfed with super low risk and super high reward but also insane mobility which is totally wrong if you ask me because a musket should not have any mobility at all like speed buffs and so on.

No, Musket and Rapier is fine. I’m really REALLY BORED of seeing the same winey posts about how certain builds need a nerf. 100% of the time is when someone has been owned in OPR and comes here to complain when they were basically OUTPLAYED & OUTSKILLED.

Like any weapon build in this game, with all the best perks stacked together, in the hands of a skilled & experienced player, it can dominate. The Rapier is EASY to counter if you know how (hint: lots of CC). The Musket is very expensive to run and with an incredibly slow reload speed makes it only viable at long range. And even then if a target is moving (like you always should be!) then hitting consistently is difficult before you give your position away. Again, if you are getting hit by a Musket just find come cover where they don’t have line of sight!

You need to learn how to counter instead of complaining about it here.

comes here to complain when they were basically OUTPLAYED & OUTSKILLED.

Sorry but there’s minimal skill to being 0 con and full dex (and/or some int), sitting on top of a mountain hundreds of meters from your enemies in ranges they cannot contest you without another musket (and if someone tries to confront you, then you can just run away with rapier or kill them before they get close enough to do anything).

There’s no ‘outplay’ by the musket there. Outplaying something implies being contested, being forced into action and responding to the enemy with skill and therefore ‘outplaying’ them.
And I love people chanting ‘skill’ with musket when you stand (or even crouch) completely still (or do minor slow strafing) before shooting at targets who have ZERO natural cover AND who have slow movement acceleration and predictable pathing.

No more of this nonsense ‘outplaying and outskilling’.
Is there skill involved? Yes. But are you ‘outskilling’ a great axe user by shooting them out of near render range? No.

I personally think musket is fine but I highly request more natural cover options in both OPR and Wars. Musket users get free shots as it stands now lol

Your wrong I don’t play musket. In fact i switch from musket/bow/rapier glass cannon build to GA/Wh, because I prefer to play in team and contribute to win instead of sitting on hill and shooting random ppl away from objective.
Musket has no CC, no AOE dmg, it’s hard to contribute if the fight is inside fort, from team perspective the only thing is good for is sniping baron.

I can’t disagree with you, your points are all valid however, It’s the edge cases where people are playing with 0 cons and sitting somewhere unreachable because you’ll have so little HP that everyone can 1 shot you. There shouldn’t be any locations where someone can camp without being easily reachable. I agree the map could use some rework to provide better cover, but then again maybe people just need to position themselves better?

Personally if I’m getting shot by someone like you mention I make it my mission to hunt them down for an easy kill (which it would be if you take care not to get noticed). Of course a melee class will find it more difficult if they don’t have any ranged option and are wearing heavy armour, but that’s the trade off with a tanky build. You are easier pickings for ranged/light builds.

Look at this how much invulnerability Rapier have in meter.

Why do you always want to nerf weapons ? It would be better to let the rapier as it is now, but buff the other weapon. The time to kill time is too long … and you want to play arenas ? bro I see the triple medium rapier healer comp who will be unbeatable at all XD.

The damage output modifier should be stronger on every weapon. Having a strong CC combo like ice gauntlet make sense if you know the guy next to you will strongly hit you. 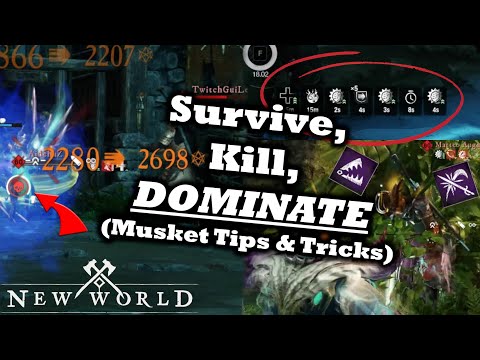 oh look in close fights and range fights insane.
But hey what you see here is just not real

musket is fiiiiiiine
Ycou could say this is an old video with trash gear but its totally the same nowadays and even worse when musketers go full dex with musket like Infamy which is best in slot that drops a lot in dungeons.
But maybe you want to talk also about this? : 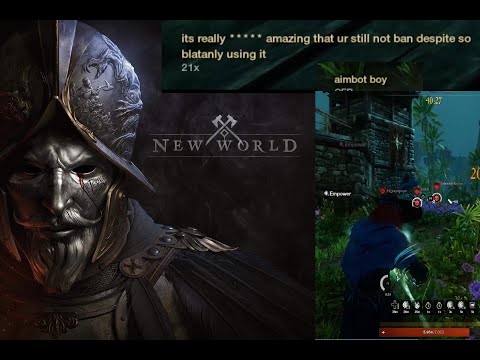 Does this look fine for you? Not for me since this is a hitscan weapon in an mmorpg thats very easy to handle.

Don’t answer the Musket players in vain, because they are happy that their character is god, of course they will not accept that they is OP and they will oppose us

Did someone really just say it takes skill to play with a Rapier lmao. Rapier is the most broken get out of jail free card I have ever seen. 100% needs nerfing.

Musket on the other hand is fine, I mean it is annoying getting hit for 5k but it’s just a range weapon end of the day. Just adapt.

did you just say musket is fine? xD
Rapier is harder to play than musket for sure just to comment your statement lol.

Someone posted a video of a heavy armored player getting critical shot by a musket. The base damage on the musket shot was 4500 damage. They mitigated 55% of the damage, so they were hit for 2025.

If you’re getting hit much harder than the numbers above, your GS is below 600 or you have few, if any, resilient pieces.

What they really want is Call of Greataxe.

I run light and I get 2 shot from across the map.

So your say musket does the same damage GA/WH or any magic weapon does? Im tried of people coming on the forums to ask for something to get nerfed simply because YOU cant learn to out play it. And FYI rapier already got nerfed check the ptr. Whats the name of the musket player that beat you so bad you made this post?

To be fair, there is no outplay against a musket sniping. There is only hiding.

It’s a tricky weapon to balance, to be sure. If it’s good, it’s fun for the shooter and miserable for the shot. If it’s weak, it’s literally useless. Which is why I err on keeping it strong.

Aimbots certainly don’t help. Nor did the armor system.