Can anything be done about the bots?

I am on Yaxche. I am unsure about other servers, but I imagine it’s the same… Bots are everywhere. I keep running into them and I keep reporting them. This makes it very frustrating to gather specific nodes - like orichalcum. There are constant bots with random names that are still making it hard to gather what’s needed to level up crafting.

Idk what can be done, other than reporting.

They could put gold on the in game store, skip the middle man…

Bot on Yulbrada. Reported hundreds of times. Still there. 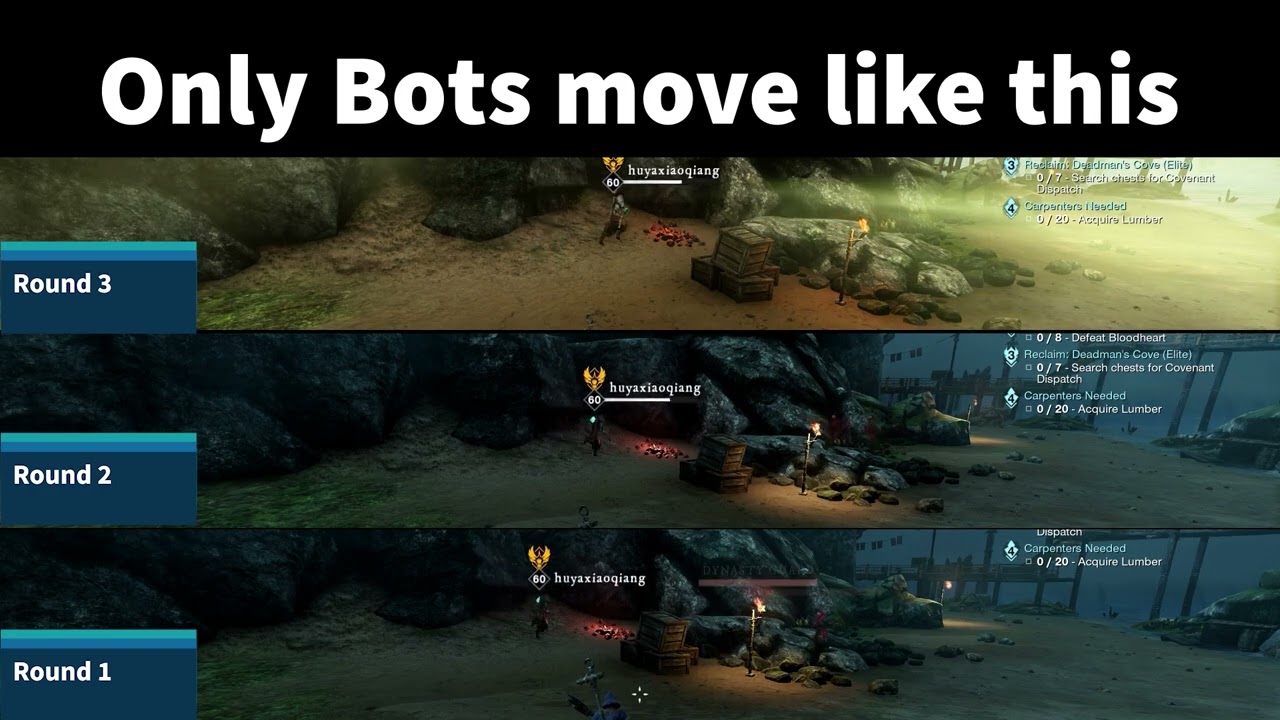 I’m on Avalon and yesterday I saw 5 bots named Avalon L,M,N,O and P. They had all got stuck in a tent outside Brightwood and were just running inside it. Once some got out they ran a circle in a horde killing everything and moving through their watermark progression. I can only assume there are more letters of the alphabet around for Avalon bots but this is this worst I’ve seen. I know it’s just a game but it is unbelievably frustrating when you have put so many hours into character progression only to see this.

the music is killing me LOL but yeah, the one bot I’ve reported dozens of times looks like this, too, when he runs.

The bad part is that I’d probably buy it because I’m broke. :’)

This makes it very frustrating to gather specific nodes - like orichalcum.

Orichalcum shouldn’t even be an easy-to get node. They can improve this by putting Nodes in hard-to get positions. Like up in Rocks, cliffs or caves. While field nodes clustered with minibosses. Players will get them foresure. Bots…will struggle.

I imagine some people would still have trouble getting to the nodes. I know it’s not supposed to be easy, but I shouldn’t have to sit on a set of nodes for days just to get enough ore to use. I’ve been camping outside one node bc it’s one of the lesser congested ones and easy to watch TikTok or something while I wait for it to spawn. That’s the only real way I’ve been able to get ori.

I know it’s not supposed to be easy, but I shouldn’t have to sit on a set of nodes for days just to get enough ore to use.

Well, it’s harder to gather with several bots running the same route. And currently, I am already gathering in place where Bots cannot! Like Scorched mines for Ori (I just clear all elites) and mountains for Silver, Lodestone and Starmetal. I literally already only mining hard places, so…