I have this problem too… I can’t play with my friends because of it.
“You cannot have active Trading Post buy/sell orders before transferring” is red and I can’t transfer

We’re currently working on this issue! However, we’ve seen reports that in some cases if you teleport to a shrine with no one around, you’ll be able to transfer.

Can not transfer my character to another server
Cannot change server due to the non existence Trading post offers
NekoTheCat August 4, 2022, 10:35pm #5

That indeed helped me out. To not waste azoth with tp’s I went to place in town when noone is around and restarted the game few times and I could transfer to another world. If anyone have the same problem I would recommend to go on edge of the city and try this too. You don’t have to be in the walls of the city as long as it’s safe zone it should work.

There is a bug where the game registers that you have too many characters in one region. It will say you have 3/2 characters when you only have one in one region, and one in another. This means that if you region transfer, and then want to transfer back, you can get locked out. A friend of mine has had his main account stuck for 3+ months on West coast and has been trying to transfer to East coast since. The game says 3/2 characters when he’s got only 2 in total, one being on East and one being …

Any info about this? Clear screenshots included detailing the exact issue

I want to transfer but I can’t. I am getting active trading error. Please fix it now.

this game and its developers are so bad… using GC shrines use to work the past couple of times i’ve tried to bypass this bug but now GC shrines dont even work for me anymore. AGS devs are the bottom of the barrel of the industry.

this game and its developers are so bad… using GC shrines use to work the past couple of times i’ve tried to bypass this bug but now GC shrines dont even work for me anymore. AGS devs are the bottom of the barrel of the industry.

is this your first mmo? it must be because if you ever played any other new mmo, you would know that they all have bugs, and it takes a long time to work all of them out. When you say things like this, you really look like an uneducated, well… i can’t say bad words on the forums.

here is a workaround that ive personally tested and many others were successful as well. 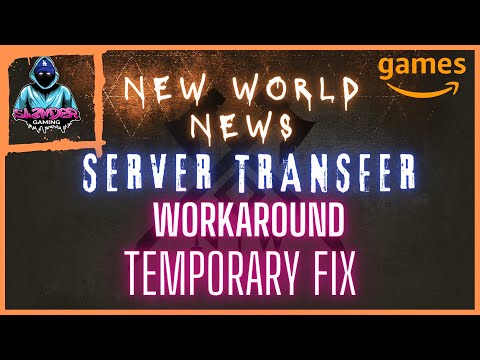 any reasonable dev team should have a basic set of regression tests in their QA workflow… things like “transfer character from world a to world b” is a very obvious basic test case and CLEARLY they did not have that test.