Checking a bot for 30 days streight .. still not baned

I am really sorry for what happened, I am unable to ban this player for now, but please submit a report so the department in charge of reviewing the reports can take the right actions. I will notify them with the name of the character so that way we can make sure the actions are taken.

Thank you so much for the info and proof of what happened.

Hope this helps and I will see you in Aeternum!

Weak proof, this screenshot does not show anything. No offensive I am not saying u telling lies I can believe he is using 3rd party program. I am only juding ur proofs. Maybe thats why he did not get ban.

bro i reported him in game twice… what more can i do?its been 24 hours… just enter the dam game walk here and see for yourself… tell the dev team to hire some people to do this dam job.other people said there is another bot into the rocks and they cannot report his name…
its pissing me off that u guys baned me 3 times in less than 10 minutes while these bots that ruin the economy get to play.

But maybe devs should give you (community team) perms to block temporary player account, when you have solid proofs and case is under invesitagtion, by some1 higher than you. Will be much easier to stop this sick situation and communicate with players. It takes to long now and those guys destroying servers economy.

solid proof ? have i asked you to give your opinion?
is this a ‘‘hes a bot change my mind’’ kinda post?
hes been here for over 24 hours now… what more proof do u need?? a simple log checking by devs can confirm how hes been logged in for that much time not moving just fishing

there are alot of bots running around, and we have uploaded videos of solid proof, but its been couple months and that guy is still running around not banned

dont get me wrong i dont want any 1 to get wrongfully baned… thats why i recommand to not trust me and check it with your own eyes. Thanks for the quick response. We do have people working on it, but unfortunately is not as easy as checking the chat messages of someone being offensive to others, it requires more time so our specialist team can be sure it is in fact a bot. Thanks for the reports, we will be checking this situation closely.

i understand it takes time… but your whole system to ban bots is way to slow and ineffective… i beleave wow has admins that can check in game the bots. u dont need more than 10 people to respond to this reports.they enter the game on the reported server to check the player
they can check simple things like I don’t know any of the people in this thread, but this is ridiculous at best.

u baned me for 3 DAYS! FOR CALLING MY GAY FRIEND GAY IN LESS THAN 10 MINUTES… AND YOU CANT BAN A FKING BOT FARMING IN THE SAME FKING SPOT FOR OVER 24 HOURS?

When you post like this on the forums, it’s really no shock that you pick up tempbans in game and your reports don’t immediately get taken seriously.

I’m of a similar mind to MrSky here though, you didn’t provide any proof of botting, you showed a couple still screenshots of a guy fishing, including you saying really stupid stuff like ‘talk or I’m reporting you’, as if the guy doesn’t either have you muted for being the type of person to call people gay (which you admit) and demand they talk to you or you’ll report them (which you proved you do in your screenshot). I’m not saying he’s not botting, but if I were playing on your server, I’d probably have you muted too.

bro i reported him in game twice… what more can i do?its been 24 hours…

its pissing me off that u guys baned me 3 times in less than 10 minutes while these bots that ruin the economy get to play.

Maybe focus on yourself and stop violating the game rules.

It really isn’t. Sometimes it’s straight forward, and bots can be detected rapidly. Other times, particularly with programs that sends inputs in the same fashion that a mouse and keyboard does, using randomization and human-like patterns, it can be significantly more difficult to detect without observing non-human patterns of behaviour over sometimes weeks of time.

i beleave wow has admins that can check in game the bots.

No, wow does not have admins that can login in, look at a tool and see the bots online to ban them

So very glad you’re here to let AGS know how many technical and support staff they need.

to check the player they can check simple things like

It’s fishing. People sit in spots and fish for several hours at a time, sometimes for a few days straight, especially if they’re trying to level it up fast

It’s fishing. Especially if you’re semi afk, there is no route.

Oh no, look at all the fish in his inventory.

Recording a player isn’t particularly useful when looking for botting activity. You want to look at timestamps and activity patterns within the game logs. Human behaviour has a fair bit of inherent variance and randomness to it, from click locations, to variation in click locations, to fatigue. These things are not easily visible from viewing a recording, but become very clear when reviewing logs compiled and graphed.

Allegedly. You’ve been there 2, 3 times? He has just as much evidence of you being there for 24 hours as you do of him.

can a human play this long without sleep doing the same thing?

Actually yes. Streamers sometimes do this for fundraisers, but there’s way too much people out there who go crazy hard on weekends or days off sometimes. I don’t usually go that long, but I’ve been known to do the same thing for 12-16 hours sometimes.

these things shouldnt take that long tho

Why not? Wouldn’t you rather they were done properly, rather than banning people because some dude took a screenshot saying ‘talk or I’ll report you’ ?

these bots are easy to detect

Why are they impossible to find? Even that has patterns of activity that can be tracked and detected.

Is this guy a bot? Maybe. Is your report a pretty bad one loaded with misconceptions and impatience? 100%.

@Arronicus I feel you are just posting to vent off or troll.

Now, the staff of this game is worth dick, they are pessimistic and they only care about $$, they banned me 2 times for saying pure stupid things to the same members of my clan in less than 5 minutes, AAAAAAAAAAAAA but all exploiters and bots that I have reported, they are still playing … It does not seem strange to me that they have already lost more than 90% of players, shitty company.

You are posting on public forum and you are mad cuz of other opinion, funny. Yes this is weak proof u wanna forbide me playing 24h and stay in 1 spot ? Maybe I like playing 24h at doing same things at the same spot.

uhm lol he will never get baned We have the fishing bot in the same place on our server . Kinda sucks they refuse to do something about them … EU server Rocabarra if you care but we know that you don’t !!!

wow has admins that can check in game the bots

this made me laugh so hard , get a grip and dont be rude.
This is wow: 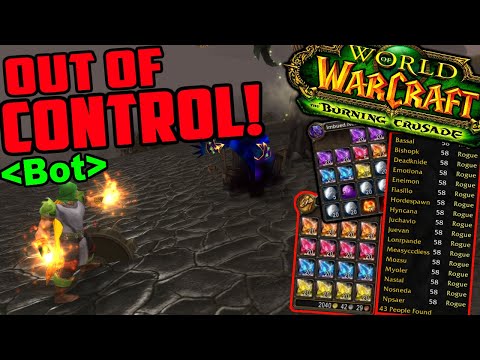 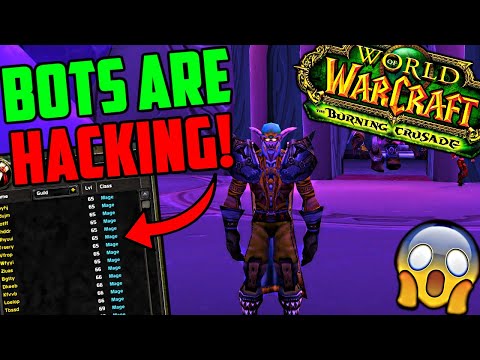 #FixNewWorld
The developers are completely incompetent, the reporting system does not work completely, the bots have been alive for two months!
English is not my first language, so it may contain errors, sorry