This post is to unify all post about the same theme. Please, help me posting your threads and videos.

Official petition to change combat and networking back to before “February’s Patch” or even 1.0.

The game is now UNPLAYABLE. The combat is totally broken because the queue system, de-sync and bugs. I played the BETA, and i played wars in the beta 50 vs 50. I dont remember any of these issues. No lag, no De-Sync… I have never seen one of them.

The number of issues on 1.3.4 with De-Sync, Queue input, skill being cancelled, and bugs is so big that it is not possible to fix.

(Please, if you read this, help me posting your 1.3.4 videos showing how bugged the combat is now, i want to unify all posts and videos on the forum)
Examples (only combat bugs please):

For example. Rapier is now unplayable. When you use “evade”, you have to cast “evade” in a very precise moments. Now do that is imposible. If you cast an evade only 0.5 sec late, this ability is useless. With the new queue system it is horrible.

Ok, remember that to fix this issues we need to go back too on skills balance. Why?? Because “Gravity Well” changes on february patch is bugging the game. So we need to go back in all balances to the patch before “february’s patch”. And the new dodge’s animations are causing de-sync too… im not saying that i dont like the new light dodge, it feels smooth, but the point is that the client and the server are being de-sync in this february patch when dodging. (January patch, not perfect but MUCH better than frebuary).

Do you remember the bow animation cancel when shoot? Do you remember how the bow was on the beta?? i didn’t use it, but i remember see other players and i always thought: WOW, bow is so cool, im waiting to 28th September to play New World and be LEGOLAS!
Bow was a fast weapon and has a good feeling with mobility.
Now Bow Is useless. The feeling is like you are stuck in the ground. Im not a bow user, but i miss fight versus bow users. I want to see more bow users, bring the bow back!

Have you tried how difficult is now dodge after shoot with musket? It wasn’t an intended change, I dont remember when, (if was on 1.2? 1.1?) but Devs changed something that dodge after shoot is now a lottery. Sometime you can, others times u can’t. You have to spam dodge key like a crazy if you want to dodge after a shoot to do the “double shoot”.

The same for IG, VG… (help me posting your issues with other weapons).

Now the feeling on combat is totally horrible. When im fighting now, i only get angrier and angrier each minute im in combat. The game is unplayable because the De-Sync, the Ability Queue and the bugs. (yes, a player who is still here after 5 months of bugs, is saying that this february patch has bugs. Imagine how much bugs this patch has)

(im not asking to get back the 1.0 inmunity exploit or the inifinite damage) Probably i will do a post other day explaining why the “inmunity bug” wasn’t fixed yet.

I also want to share a video of the alpha (thanks to @pedda for post). See how new world was supossed to be: New World Preview - PVP - PondScum EU - Marauders - Mourningdale Siege - YouTube

I have a long post explaining this issue here: (and how to be fixed ):

@Luxendra READ THIS. This is very important. I only clicked 1 time my mouse on this video. It is in 1.3.4 patch. (9th March). The patch 1.3.4 h was supossed to fix the “queue” problem. But it wasn’t fixed. It is now better, but you only “patched” this issue when you swap weapon. Why you devs didn’t read my post and my explanation? the bug is still here after the patch. Please, read this. EXPLANATION HERE: If you do a firecamp and click only one time your mouse to place the fi…

In this video i only click 1 time. Look what happen:
I only press 1 time my mouse but i place my firecamp and then I SHOOT!

(This seems to be fixed on March PTR New World MarchPTR).

Another video: More Queue Problems.
(@forad posted this video, but i dont know if he is the author of the video, let me know):

**** Fixed an issue where attempting to use an ability and then swapping weapons would incorrectly attempt to use the ability on the new weapon that shared the same hotkey.**** LOL [New World Game of Polish 2.0 Amazon]

I was playing an expedition today, and i can say that only 1/50 riposted worked.

30% of time it wasted the CD but didn’t cast (and the mobs still hitting me).
50% bug (not letting me to move).
The rest being casted after being cc, so useless.
The number of bugs casting riposte was so bigs that i was having a really bad time playing. I wanted to finish the expedition to close the game. 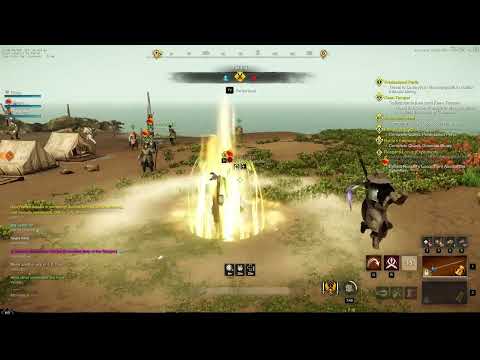 What is your character name in New World: Rivus What server/world did you experience your issue on: Orun Describe the issue you are experiencing: Riposte normally blocks shockwave, my clan mates it worked just fine, but for me, it does nothing Is this a bug or an exploit: bug (if a bug) How did the issue effect your gameplay: I now only have two functional abilities (if a bug) Were you able to recover from the issue: no (if a bug) Please include a screenshot or video of the issue that you have …

Another videos showing the good performance on alpha: (Thanks to @Pedda ) who posted this videos on the forums.

Another video of 1.3.4: De-sync… bugs… This is the true new world feeling now

It’s not about button smashing. See this clip:

Have you seen the videos? No.

New Gravity Well bugs: All this bugs on these videos are caused by the new “Gravity Well” changes on February’s patch.

You hate to see it General Discussion

What the f are you all talking about? That’s the rubberbanding caused by gravity well. Greataxe andies digging their own grave, damn. This is what the new grav well does, it’s shit when it’s actually happening to you, huh?

You hate to see it General Discussion

Something odd with de-sync, stutter, queue issue. It seems not everyone faced it. I meant, this issue is pretty visible on mine. Probably this issue is not happening in the PTR server (also not happening when Shroud, Asmongold stream the new dungeon with devs in PTR).

Do PC specs affect it? Or is it an internet connection? 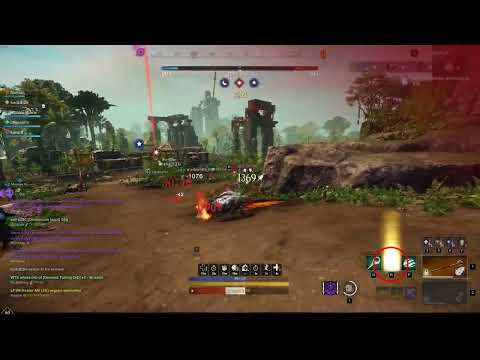 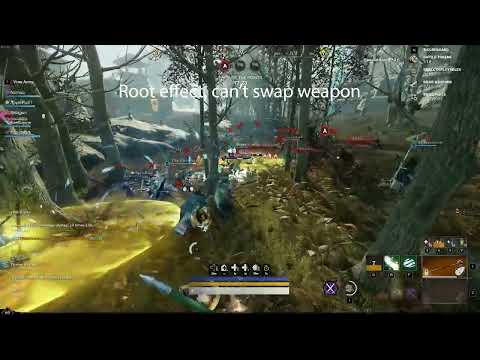 It is not the internet or pc. My internet is very good and stable. My ISP is one of the best on peering in europe and my server in new world is very low populated. My pc is very good. You can reproduce the listed issue in any PC.
Also it never hapened me before february’s patch.

I have tried the march PTR. In PTR you dont cast two abilities if you only press one time. (like i show in the firecamp video). But still a lot of problems. I dont know why they didn’t used the march PTR code for the 1.3.4 fix…
But i repeat: march PTR has these issues!

It is related to the weapons you are using. If you need to do fast movements and fast weapon changes you will notice that (rapier, Fire Staff, Void gaunlet, Ice Gaunlet…) . If you are using a hammer or a GA that are very slow weapons, probably you wont notice that. My wife was using hammer in her PC and it is not so critical. You cant compare the preccision you need to cast the riposte to other weapons.

And if some players doesnt notice this, remember this: i cant play a game under 120fps, but other player play at 30fps and they dont notice

Yeah, make sense. I even try to play only using one weapon (Ice Gauntlet) but still stutter a lot.

Are you sure?
'Cause i reckon there was a clip of Shroud from yesterday getting pretty frustratred from the game spell queue and desync.

I saw this clip too. Not all problems are fixed on march ptr. But al least in prt you dont cast two abilities if you only press one time the button. But it you press more than one time, you will get the same issues. Also desync if dogde and a lot of problems.

That is why i created this post. The next patch is going to be released and it wont fix the problems. You can see the problems now on PTR. The only way is go back to 1.3 before february patch

Ah, I didn’t watch the whole stream. I see, then it’s good news in a way since this is also happening in PTR and they can fix it. 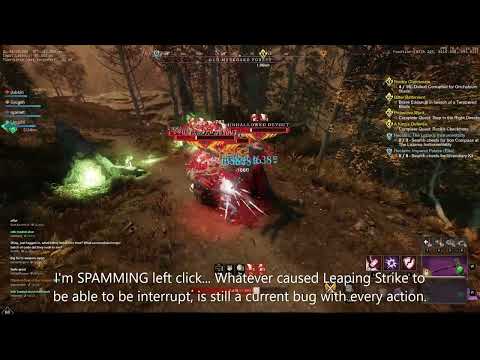 I will say though, I do wish this happens (the revert of patches) but I WANT MY FEINTS STILL XD
feints are amazing, the dodges are smooth for the most part. but that’s it… everything else is broken. I just want the dodges and feints to be this version, BUT it’s a damn mess…

i love the patch, no issues here