How is it possible that this bug continues to be used by players in WAR and Outpost kills the entire game experience in PvP, I just left a “Lost” outpost in less than 10 min since the entire enemy team entered with increased hatchet damage 5k damage 3 basic and killed the tanks is horrendous that they do nothing about it, not even disable the use of the weapon while investigating the Bug that causes the hatchet to stake an explosion of damage. 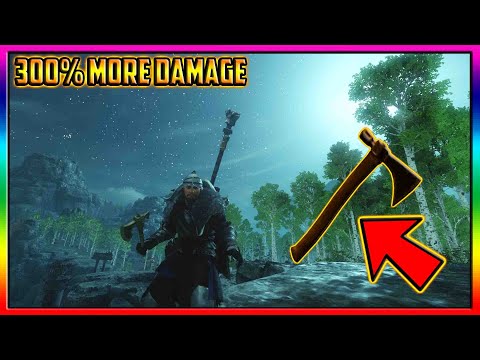 Mod will likely direct you to the post where they said they’re working on a fix and hope to have it out soon. My take on it is that if they can’t get the actual fix out soon enough, they should just disable the weapon passive temporarily that drives the exploit. Fire/Ice mages have been dealing with both active and passive abilities that don’t work at all or intermittently since launch. It’s such a minor inconvenience compared to all of pvp being overrun with the exploit.

This isnt really all thaaat broken honestly. With my bow/rapier build i usually pump out 700-1500 damage per swing which is about the same, and it still takes a little to kill people.

I find you the absolute reason, I play Magician of Ice and Fire and it is not so annoying to me that the skills do not work, since I know that they are fixing them, but let’s face it, from day 1 Amazon should have responded about the hatchet by deactivating it Either he is not paying attention to it or he is just ignoring it, what is known is that he is completely ruining the gaming experience with anti-sports behaviors of other players by taking advantage of this.

The point wasn’t to insinuate that passives not working isn’t frustrating, but rather to make the point that massive exploiting and all pvp forms being ruined by it is a far greater inconvenience than a few days where the passive isn’t working. You may disagree, but that’s my opinion. It should hopefully be a quick fix for Amazon compared to properly coding a fix that addresses the issue long term.

Not only that but the skill clearly says 10% PER enemy within 5m, the problem is, its not supposed to be permanent.

I think until now, it wasnt working at all and now it finally is. But again, its not supposed to stay stacked like it is or compound.

Stop logging in folks, the people calling for key features to be shut down are also the same types calling for bans on anything under the sun.

Just dont even bother logging in, its all “Not fair”

It’s crazy how this bug went unnoticed to me. I presume it’s because I’m always switching my weapon and that’s how it gets reset (according to what I’ve heard). I was just a click away from exploiting it.

Note: I mostly PVE but I switch weapons a lot in PVP too. I know for sure it didn’t help me because I get my arse handed back to me candy-coated. And that is not returning it in the state at which they found it mind you!