Does heal staff works as intended? 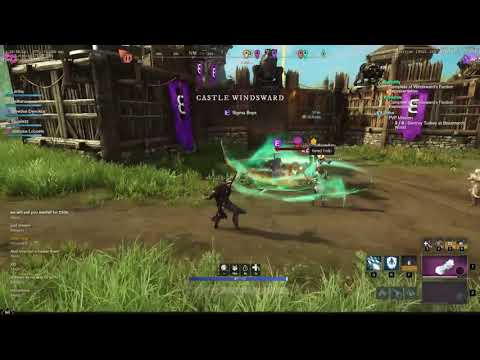 Check the video above - we fought with 2 guys in heavy armor. I don’t know exact their builds, but mine is 300 INT / 100 CONST mage with fire/ice as you can see. Even if you can blame not to land every projectile and doing not the perfect execution of my skill rotation etc, you can also see a couple of my allys doing the same. Despite our enemies don’t doing much except standing in “sacred ground” it feels that we literally can’t kill them, except a large numbers of our troops came.

So, the point of this topic is not to ask for life staff nerf etc, but just an question to the developers - does this behaviour is deliberately conceived. Also it would be cool if anyone shares knowledge how to counter lifestaff in 1v1 / small_scale / mass PVP. (BTW don’t speak of CC because it ends with first hit in this game, or explain your ideas clear).

The text below is only my opinion about what’s going on, and easely can be skipped.

As for me - “sacred ground” heal feels a bit OP, becaus of duration of 15 seconds with CD of 20. And you can combine it with “Revitalize” passive to get CD reduction, so practically you can use sacred ground in infinite chain.
Basic 20% of healing per second can seems not so many at paper, but not so many weapons in game has attack speed of more than 1 hit per second. You should also land every hit you make to get consistent damage, while standing in sacred ground doesn’t requires any action from you, except patience and fearlessness. Combine it with heavy armor, hude constitution and hatchets “defy death” (passive ability that works stronger than many active abilities) - you get an almost immortality against same size party.