Elite Chest cooldowns not reseting at 5am

If this intended then it does not make alot of sense that everything else has a cooldown reset at the same time. The global cooldowns this patch has been a great and much needed QoL change. It would be really nice for the Elite chests to be setup the same aswell. Please fix/add asap.

its annoying as hell having to write down which time you started which eliterun so you dont end up standing in front of elitechest that are not ready. i really really hope this is a bug!

Its very frustrating when u go Elite and cant open the Chests cause your Cooldown istn ready jet.
All other Cooldowns reset at 5am so why not Elite Chests too?
Hope also its a bug and it shoud include in the past Update.

Heya DigiToss. This reset ‘bug’ does seem frustrating. I’ll do my best to make sure the dev team is made aware of this issue, and if it is indeed a bug, I’m sure they’ll take care of it. If not, they will have the feedback from this thread to use moving forward! Thanks for taking the time to post.

Hi, just came here for this bug, thanks for creating a topic and thanks @Zelme for spotting this. Just wanted to add that it looks 99% like a bug as per Developer explanation regarding to March Update the Elite Chests cooldowns should be also covered with 5AM reset time.

Link to exact moment when NW Dev said that: 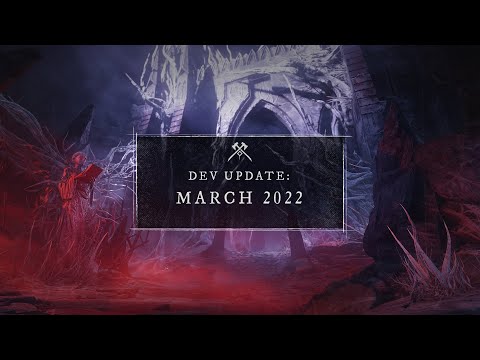 Thank you for the video, i was so scared that this is working as intended! For me it was the best thing in march update and i was so happy that i can just do eliteruns in the order i want not in the order i did last night and then standing infront of a elitechest that still has cooldown was a shock.

then standing infront of a elitechest that still has cooldown was a shock.

yea, same for me, except “linked” Storage that Elite Chest CD 5AM reset was the most loved introduced change by me. I like to do some Elite location Solo (for example Imperial Palace), I found it funny for me but it wasn’t so funny then after patch I went there and Elite Chest was “dark and silent”

Once I checked they promised this in March Update then I’m optimistic they will fix it quite soon (hopefully in April yet). Lets keep our fingers crossed

The linked Storage is nice, but was not my top prio because azoth cost was already so low. so it was just some “time” i wasted. But after using it now, i really LOVE it! But i have SO much stuff and use the different towns for “sorting” things, so i hope they never go to one big storage as long as there is not a perfekt system to take care of the chaos.

For the elite chest, they dont do runs on “normal” times, sometimes its xx:25, sometimes xx:35 etc, so on some days you run with the zerg and its like 5-10 minutes till chests get up… if they get up everything is respawned… this was so frustrating that i started skipping every second day because i dont want to write down everything and then wait for the run after they get up because this means i have to go some time later again till you come to the point where the reset is too late…

Are there Any News About the Topic, will or hase the 1.4.1 Update a fix for that problem?