Man in the last… 20 hours I think all servers except some on the US crashed.

TF is going on

Atlantis was not even at capacity and crashed with Devaloka yesterday, so I assume it’s not related to servers cap but to an external provider or something alike, they won’t discuss some things on the forums so no point on bringing that up.

Agree, i was in a war that we were going to win and it crashed…

We were playing a war in abaton, hard winning and the server crashed. War disapeared and was not timed other day. Need a fix for that.

Devs should work hard on this… Can’t happen more times

this is horrendous, amazon should return the wars, make a rollback or something like that, a lot of time invested in pushing, making the roster, strategy, talking to a lot of people so that the war is made and when we are close to winning SERVER CRASH. what about your game? now the time of +100 players is going to shit and having to invest all the time in pushing and organizing everything again?? this can not be we need a solution now. 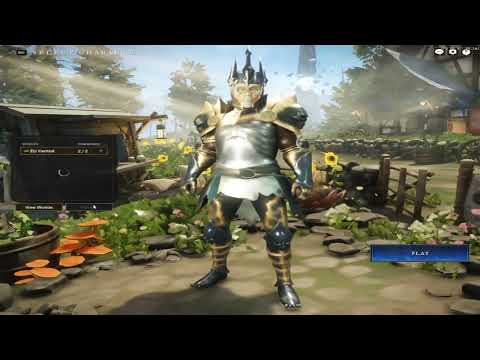 look this video, thats no sense pls fix that and give us back the war

Greetings Adventures, We are experiencing an issue that is affecting EU Central servers. AWS engineers are working on it and we expect to have this resolved for you soon. We will provide an update once we have more information. Thank you for your patience and understanding.

Nothing to see with the topic we talking here. @Luxendra Could you help us with the abaton war?

And 1 year later this is NEW WORLD

I think they should replan the war again

We were playing the Everfall war and suddenly disconnected. We were winning and the city has a lot of income. Now the war is gota get RNGd between different companies that came to this server and if they take everfall we wont be able to do anything since they are green. So its totally unfair that we loose our war for nothing. a war that in 7min we were inside the fort.

Here is my POV: ABATON EF winning war until server shut down 21-9-22 - YouTube

If they rescedule it, it would be fine

It is completly unacceptable you don’t have a back-off plan for war instance crashes.
You should’ve been aware that after a war instance crashes, you should reschedule it, it is basic.
That default “Sorry, we will look into it” answer is not enough for a company like AGS.

Give us our chance to attack everfall again. It’s the only fair thing you can do.

Man, 1 month from a big update, this kind of stuff it what makes entire guilds quit the game and with a fair reason.

Hope you guys come on top out of this

It is regrettable that these things happen. They should have some remedy for these types of situations that frustrate their players a lot considering the time they consume in planning everything and the time they invest in their game.

The most sensible thing after what happened is to make a reroll and return the war to the people, considering what has already been mentioned and that the game is not that you can afford to lose more players.

1 year developing the game with people spending more than 40$, and its still crashing in the most important part of the game, wars. You are ruining directly 100 players gameplay, added to all the indirect cost of pushing organizing, etc…
How are tou going to fix this? People are just saying this is the end, theyre fed up. The game is full of bugs and people keep playing because they like and trust devs are working hard on the game but this is so tilting I know many players will leave the game.