I understand that you are proud that you patched out an exploit in two days. Good job.

What needs to happen now is clear communication about what you are going to do to address the impacts of leaving the exploit live for two days after you found out about it.

How are players that used the exploit going to be punished?

How are companies that used the exploit to take territories going to be punished?

If you do not do these things and take these steps you are telling the player base that they are free to use and in fact should use any exploits because there is no punishment and if you do not use them you are left behind.

AGS needs to tell us that so that we can all operate on the same playing field.

Given the poor choices AGS has made for their back end I doubt that they can even track who used the latest exploit.

They need to step up and tell us what they can and can’t do to combat exploits. If they are going to allow them to exist until they can patch them we should know that.

They shut down crafting because you did not need to use legendary mats. It seems like an exploit that allowed people to have stats well above 500 should have also caused them to shut down wars.

People exploit bugs safe in knowledge that AGS will do nothing …starting with food stacking/gold duping and all the way to this latest clusterfu*k they have done nothing except token action against some noobs that duped food.
And that is why same people that exploited that gold dupe have exploited this “Make e a Superman” bug…
they will exploit all bugs they ever discover because company in charge …people in charge don’t give a flying f**k about integrity of their game.

People used hatchet glitches. People used multiple icegauntlet to cause lag. People used invincibility glitches to win territory. Nothing happened. Why do you think something is going to happen now,lol?

I don’t but I am not going to stop kicking AGS in the nuts until they admit that they are not going to or can’t do anything publicly.

Bumping this again. Still no response from AGS…

I am not really expecting one but I want to keep this in front of people.

I do not expect that AGS is ever going to admit that they do not have the ability to track exploiters because of the choice to use Dynamo as their database.

Or that even if they could track exploiters they will not take any action against them for fear of losing a significant portion of the remaining players.

It is the same reason that they will not ban botters.

Remember when they told us that there would be lots of new GMs in game looking for bots and we would easily be able to identify them by their tags? There should be a ton on every server after all of the mergers. Has anyone ever seen one?

Someone that did the thing by inadvertance may be forgiven… but players that know it s an exploit and still using it and saying it s a bug … should defenitively get the hammer ban for 1 week 2 week to a month !

How about entire companies using them to win wars and take territories?

We saw that with this last exploit. AGS was warned that it was happening and did nothing about it.

The shut down crafting of the new gear in a hurry though. Sort of makes you wonder…

Well, here we are on Monday. No excuse for AGS that it is a weekend. Let’s see if they bother to respond today.

I have no idea what exploit you guys talking about. The Tempest stack stats? Or something new?

thing is at this point they cant do anything anymore.

the Game would die…

wait, what did they patch? what did I miss?

the tempest crafting got disabled few days ago

that was an exploit?? It barely does anything 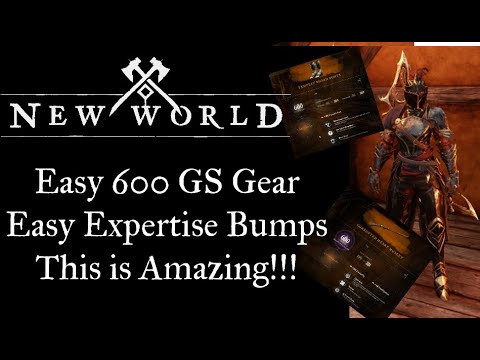 30k hp? I crafted some tempest gear too and I don’t have 30k hp. To be honest other than for corrupted mutation the perks pool for these gears is terrible.

Also if this is an exploit, how come AGS didn’t force all those youtubers to take down the videos? I think this is a bug, that’s it, hardly a game breaking exploit. People always blow a lot of stuff out of proportions these days.

perks pool for these gears is terrible

The thing was it would stack the +25 stat after removing the item, so you could craft a bunch of CON gear, equip it, change it, and you could stack up.

Didn’t happen to me, but at least they fix that.