I’m going to say this, it’s not acceptable. Basic MMORPG 101: Exploitable zones in PvP need to be addressed quickly. I’ve sent in several reports of players excessively abusing this, and they don’t get perma? It’s clearly an exploit, as if it’s intended that you have to use a charge/lung or whatever to get to the zone, were muskets can freely range with little to no harass, this game is done. Enjoy musket players, I show how to replicate this, so hopefully we can get a dev to fix this tomorrow, and ban those using this exploit. 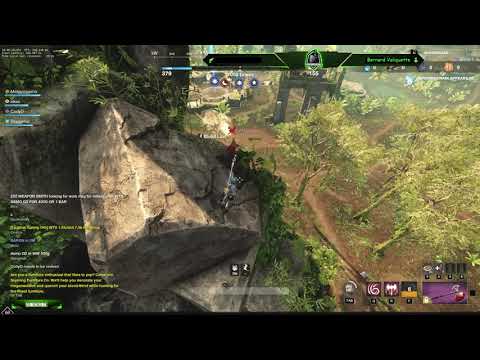 bump, this needs to be addressed AGS

I’m not a CM but I’m having a hard time recognizing the spot/coords from the video. Maybe you can post the map screenshot or the coordinates as well it might help them check it out.

But you are exploiting as well using charge to give you an advantage to climbing.

If you can climb a rock and shoot people from it, I wouldn’t call that an exploit. You are making the argument that anyone not standing on the ground is exploiting.

Do we know that AGS doesn’t want people to climb?

If you feel it’s unfair report it as a bug and let them decide and remodel the rock if they deem it unfair.

Demanding people be banned because you want them to play the way YOU see fit, is selfish and childish.

I don’t really see how this is an exploit? There are many rocks that you can climb up to shoot down from. It just takes another musket user to spot him and he is toast.

The only way to stop people exploiting bugs constantly is for some of them to be banned, and for people to know they were banned. As soon as they start banning for exploits as per ToS, the less people who’ll exploit them once found.

This is definitely a case of exploiting. They can snipe with impunity across the whole map, if you think that is intended, then you’re likely exploiting that same bug. If they meant for people to be able to go up there, there’d be stairs, or a path up, or a way to climb up without having to do long odd jumps and movement abilities to do so. You cannot “climb up” there, you have to use specific movement abilities multiple times in specific spots that look like they shouldn’t work.

Demanding people be banned because you want them to play the way YOU see fit, is selfish and childish.

So those of us who called for people exploiting hatchet, food stacking, duping, invulnerability, etc, to be banned are “selfish and childish”? I guess you were one of the those trying to defend those people. I bet you’ve said the line “if it’s in the game, it’s intended” before.

@Makano You are able to get up to the top of that simply by autorunning. You don’t need any abilities to get up there, players are using the terrain to their advantage. It seems that you are in violation of the forum rules as well. Rather than calling for player bans, it would be much more constructive to petition for terrain adjustments like we saw in Reekwater.

This is exactly the point these exploiters make, to justify them using it. “We shouldn’t be punished for abusing an exploit in the game, others do it” or “It’s in the game, we should be allowed to” It’s clearly an exploit and not intended. 100% you have to use a movement enhancing ability, and unlike other rocks, this spot is nearly out of sight and clearly not intended. We seriously need OPR to have map fixes, people abusing unstuck after running onto the beach from being chased, honestly it should be endless deep water so people cannot use unstuck due to falling. That mountain needs to just have an invis wall and block people from jumping up. You can actually invis wall the whole top section so it just pushes people out.

No, flat out perma ban. People that use exploits will continue to use exploits unless made examples of. If people knew they would get permabanned when caught for exploiting, people wouldn’t do it lol. So yes, Fix+Perma those caught in 4k abusing it. You’re just arguing from that side because you constantly abuse this, which I have footage of. Literally every game that’s all you do.