Videos of the hackers and the exploit 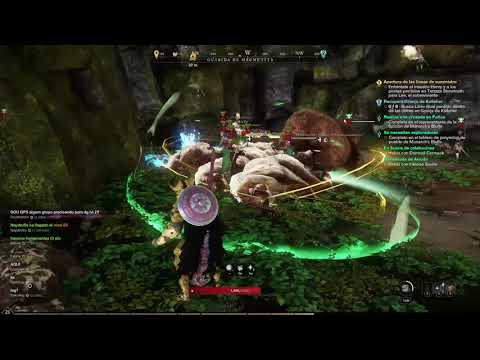 161 Likes
MARAUDERS using exploits and glitches to dominate SA Taparloka
Bear Farming- Amazon stance?
Official stance on Boarholm & Lodestone? Are these an exploit?
Can We Get an Official AGS Response to Exploits?
Crono September 30, 2021, 7:22pm #2

I check this one too.
The spawn rates are really high, and the Company is abusing this.
They should fix this ASAP

Should fix this asap

These are the guys who declare war to us yesterday… this things broke the game.

The same thing happen in several spots in the world. I saw some streamers using that exploit at Retless Shore. Hope you guys fix this ASAP because is a huge problem. The player grab a lot of experience, life skill EXP and mastery level on weapons. Tf is this? Why is this clan abusing of this exploit? They ruin the game experience seriously…

this is a shame

this is a SERIOUS problem! The fact that they can boost their level in this way creates a horrible imbalance.

This is why people left MMO’s … please do something Amazon!

brasilian guilds always abusing the exploits, they did the same during the last long beta! they ruin the experience of the whole server

Nice clan, abusing a experience glitch to take territories
This cannot be allowed, it unbalances the server, they should be banned

This should be a penalty for this, rollback even i say, it is 100% they know its not meant to be this way = Exploit.

confirmed Trembolona clan from Atlantis SA servers, seriously it’s very unfair, i hope amazon devs/team will do something about it.
They are registered in 2 sieges of two different cities, it is understandable how most of them are already levels 38+ and the weapons are level 15 or 20…

Amazon do something please

This situation is true, the same problem happens for example with Pastor Walsh in Brightwood who respawn constantly and is used by many players like those named in this topic. Please punish these types of companies in an exemplary manner that ruin the entire experience of the entire server and its community.

It is confirmed, the whole company is using this type of spawn rating exploit to lvl up faster than a normal player. Now there is some ppl almost lvl 50 after 2 days of game. There is no chance to be lvl 50 in only 2 days without any spawn ratio abuse. Please fix this and rollback almost 1 day this people´s characters.