Why are there no diminishing returns within new world ?

Currently the meta is quite literally Ice & Void Gauntlet… other than that is hammer/axe
those are the most popular picks by a landslide, after that comes a few others by the two above are solid meta due to developers forgetting a core function EVERY mmo has included to avoid root or stunlock.

Basically something like a resolve bar that fills each time you are stunned, ccd, rooted, or generally lose full or partial control of your character. Once full it should start degrading over time until fully depleted you become entirely immune to those same abilities.

Can you explain further. What would you personally like to see implemented to combat this?

As there is no reason to re-invent the wheel the best method is learning from the past, world of warcraft happens to be among the best documented mmo’s with a long archive.

CC types are categorized, aoe slows such as hooked arrows, ice shower would be a slowing/aoe while gravity well & petrifying scream being aoe/root.

being affected by petrify and then hit by gravity well could result in the gravity well’s effect or duration being reduced by 25, 33 or 50% and then 3rd time reduced down to 75%. just to give a random example. a diminish timer can then be set for when it resets or even when it lightens up. you could start with 3-5 seconds diminish fade as an example and then slowly increase or use what wow does but as every game is different i think you can start with just looking at them for refference

exceptions can also be added but exceptions should mainly be something like muskets trap, similar to how world of warcrafts charge temp root is an excemption.

you can click the history function and see a rather interresting development throughout the years for many things with wow. both their mistakes as they certainly had quite a few 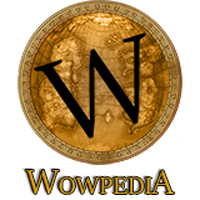 a unique way of using the past yet adapting it to what makes new world unique would be having diminish relate to armor.

just an example of course but rather interesting still