The Firemage currently seems designed for two roles and fails badly at both.

The stationary nuker will never work in this game. The game is too fast paced and chaotic, so the only way a stationary nuker would be viable is with insane damage buffs, which would cause a balancing headache by pairing huge damage with a low skill ceiling. The forums would quickly become hotter than the spells themselves.

Instead replace the role with mobile short to mid range AOE burst damage. High (not insane) burst damage that requires skill shots (for some) and relies on kiting during cooldowns. So, channeled Meteor and the stationary Rune capstone needs to go. Change meteor to a cast spell that creates a quick shower which causes 20% slow refreshed every 1/2 second player remains inside, duration of only 1 second (no perk extensions), also causing minor damage followed by a 2-3 second delay (with the area being telegraphed to enemy) before a huge meteor crashed down causing large damage and knockdown. A burst damage version of Ice Storm without the perk to add lingering slow after exit.

Runes of Helios should be changed to something non-stationary. Maybe a stacking Empower with each ability hit (Non-DOT, Non-persistent damage) lasting 2 seconds, 10% each stack, 30% max. Currently it is 25% for every hit including the first one, but with a stacking empower it would be 0%, 10%, 20%, 30% which actually averages out lower per hit, but is mobile so should end up comparable (and actually worth taking) Keep the 30 second cooldown. Lose the 7 second spell requirement, have it trigger on everything but Flamethrower.

Fireball and Pillar of Fire are already suit that role well.

Pillar of Fire does need a useability increase though. It is highly dependent on being able to judge distance but the further you need to cast it, the flatter you have to have your camera, which makes precise depth perception on a 2d monitor challenging. So either change the interface so you can keep a more 2PM Sun angle with the camera or give the target marker better visibility. Think a vertical cylinder where the closest point to the caster is transparent with a gradient opacity and (slight) color change as it wraps around to the back. So it would basically be a cut-away cylinder with tapered cuts facing the caster, increasing depth perception. Change the ‘full health’ damage bonus to ‘while burning’ damage bonus. Full health is far too situational and makes the bonus useless on stronger enemies (PvE & PvP) where a little extra damage on first-hit is irrelevant. Encourages synergy with other abilities/attacks.

(Optional) Fireball is pretty good, but it needs a 40% damage increase, and change the perk Empowered Fireball perk (which gives 50% on a weapon) to something else, like a stagger. So the peak damage will not increase, it just makes it so fireball is not useless without one specific perk.

That is 3 mobile AOE burst spells each with its own benefit. Fireball is easiest to land and has the best range so great for mobile encounters (chasing someone down). Pillar of Fire is quick and damaging but harder to land and the range is rather limited. Meteor is there to punish unaware players and stationary blobs.

Now onto the Skirmish side

Every skill here seems designed around agile skirmishing, while also being really bad at it. Every skill is slow to activate with nearly no CC yet meant to be used at Melee range where every enemy hit will stagger, stun, or knock you down while easily out-DPSing you. So they need to be balanced more like you would an agile melee character, which means hard hitting, quick to activate, with grit and cc effects.

Incinerate: Does good damage already but seems designed to trick you into getting yourself killed as currently designed. Cut the spin up time by 50%. Add a knockdown after the 3m push. Melee tracks to 4m, so without the knockdown, the push is basically useless unless you are stuck in a corner by low damage PvE mobs. Increase cooldown if needed.

Flame Thrower: Remove the ‘no-cooldown’ perk, replace it with a stacking Rend. 5% per hit up to 25%, only 1.5 seconds. So basically standing in the flames is bad. Leave the flames and the rend goes away almost instantly. Interrupt or move to counter, ignore and suffer.

Burnout: Reduce the spin up by 50%. Add Grit after activation (post spin up). The current spin up makes it useless as escape, and without grit it is too risky to use for damage against groups because you are very likely to get interrupted passing through leaving you to die a very quick death. Counter by hitting during spin up, or predict where they will end up.

You still won’t do as much DPS as a melee character but the agile nature makes up for it. Get caught by a bruiser with your skills on cooldown and it is game over, which is good because the mage is a skills-based character, where a melee uses skills in conjunction with the basic attacks and excel at sustained attacks. Skirmishers have to time their entrance into (and out of) the fray, they are not a brawler.

Now you must be thinking, ‘that sounds powerful’. Yes, and it should. That is how the other weapon trees feel now. Go read through the Great Axe tree and tell me otherwise. People will complain that it is OP, and that is a good thing too. If at least some people aren’t complaining that it is OP, then you know it is too weak, because humans are biased. The key is making sure ‘some’ people doesn’t become ‘most’. Right now, nobody is complaining that Firestaff is OP, so you know it is very underpowered, because at least some players are complaining that half the other classes are OP. People should fear a weapon when it is in its element. Right now, nobody fears fire mages like they do Great Sword, Great Axe, Void Gauntlet, Blunderbuss, Bow, Musket. That shows lack of balance. This aims to fix that.

Note, some of the minor perks likely need tweaks as well, but since I am not a paid game designer, I’ll leave that to the devs, this is already long enough.

cry cry go play heavy tank in pvp its the worst class in game , zero valu in opr 3vs3 and wars, first think they need to do is buff hard tanks

Heavy BB IG is played on point in war, at least 2-3. Are you talking about heavy SNS? There is a small place for them, but really only one. The value they add is small. They did get a buff, they can block shockwave now which was a huge issue. 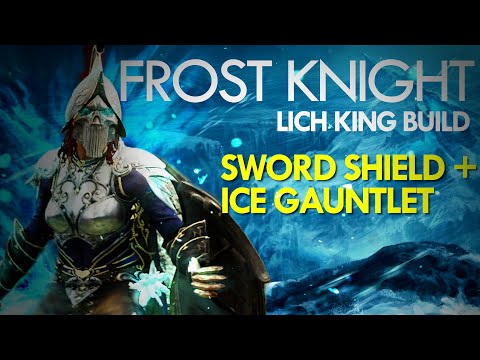 That works too, and fits nicely with the burst damage concept.

Whatever it is, it should be mobile and tying it to burning stacks to add more synergy is not a bad idea. Anything is better than the bland and stationary mess it is now.

cry cry go play heavy tank in pvp its the worst class in game , zero valu in opr 3vs3 and wars, first think they need to do is buff hard tanks