Hot sands blow in from the North East. Low roars can be heard off in the distance. You think you can see a twinkle of metal reflecting off the bright sun off in the distance… New World’s first open world zone expansion is here and ready for testing!

Brimstone Sands Zone
Brimstone Sands is a new zone unlike anything else in Aeternum. Look forward to new enemies to fight, a new territory to control, and new stories to uncover.

Death hovers over the scorched wastes of Brimstone Sands, its thirst still unsatisfied even after centuries of strife and war. The ancient Egyptians first encountered the godlike Ancients here and built monuments and vast cities that were part of a flourishing civilization thousands of years in the past. Their civilization is now long fallen to ruin, and few of those original inhabitants remain except for the mysterious sorcerer Imhotep, with whom players must work with to solve the desert’s mysteries.

The most immediate threat in Brimstone Sands is posed by the deranged remnants of the Roman Empire’s 19th Legion. What exactly befell the Romans must be discovered, but they have fallen to Corruption and now besiege the ancient ruins of a mysterious Pyramid known as Ahket. They are certain that within, they will find the secret to their redemption and the long-awaited resurgence of the Roman Empire.

Please let us know how you enjoyed these changes on the PTR! In particular, due to the complex and vast nature of this content we’re especially keen on feedback relating to overall sense of direction, purpose, exploration, and fun. Additional feedback on balance/difficulty, technical issues gameplay bugs, exploits, or client stability/performance problems is also appreciated. Or just let us know if you want to see more.

Some mobs started spawning now, we are now able to continue with the quest.

I hate to say it, but the whole zone feels kinda empty for me except the landmarks, but even those are very light on enemies.

I don’t know, I expected a dangerous place with enemies waiting for me to kill me, but all I see is neutral wildlife and each 200 meters a scorpion.
And the further you get into the zone even fewer enemies can be seen. It maybe has the size of 3 zones, but the enemy count must be worth below one zone.

My first impression of the new zone is pretty bad for the big content update. 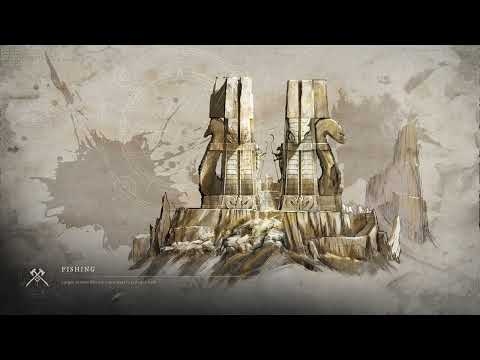 I wanted to talk about the choice to make it where you have to do a quest to get the cream so you can survive the heat of BS.

Theres been some spectaculation that this is an anti bot messure. If this is the case i think it is a spectacular idea. Level locking the quest to 60 and killing anyone that hasent done it pretty much means its impossible to bot BS without a lvl 60 bot (which bots shouldn’t make it to 60 without getting banned).

This is a great idea, in theory it should stop bots entirety and it has very low impact on real players (takes like 5 mins to complete the quest) .

If this works it should be applied to every new zone in the future (in different ways probably for lore reasons, dont need to be applying 10 different balms in the future lol)

It could even be applied to some old zones like shattered mountain, maybe you have to complete the story quest that protects your soul from corruption and if not you become corrupted as soon as you enter SM. Could be cool and effective at the same time.

What is your character name in the PTR: 1PTR UZI

What server/world did you experience your issue on:
Describe the issue you are experiencing: US EAST

Is this a bug or an exploit: BUG

(if a bug) How did the issue effect your gameplay: I have no sound. I jave tried multiple accounts and relogging. Had issue with beginning level character as weell

(if a bug) Were you able to recover from the issue: no

Guessing they’re still working on that.

Summary:
I really don’t have anything negative to say about the zone design. I don’t share the feelings in an earlier comment that it’s too empty. It’s a desert and has lots of POIs, and feels right to me that it’s a bit open and a bit desolate. As you are running in the zone (and it’s a lot of running to open up the new shrines!), you are seeing things in the distance that you want to go check out.

AGS you guys are making a huge mistake with all these low level areas in Brimstones sands.
Literally everything that is below level 65 is dead content and adds quite literally nothing to the game.
The zone is already fairly empty like many of us worried about so it’s incredibly bad that the vast majority of the locations in the zone are level 60 dead content with chests that drop 500 gs items.
You’re making a repeat of every other end game zone with a bunch of underleveled areas that literally nobody will ever touch.
No you absolutely should not be making new content for 500 expertise people they’ll surpass it in a few days like the rest of us and most of us did the 65 content anyway because it has the chance to move your expertise higher than the rest.
Not a single enemy in this zone should be below 65 and most should be pushed up above that with the loot dropped in the areas to match.
And no I’m not expecting mutation level drops or anything like that but as it stands right now your big release has all of about 2 days of content. If you make the content actually of the level it should be at least you’ll have some people doing daily chest runs to see potential gear drops from the chests.
Please for the love of god dont release this low level non-endgame content.