every newly started player will start on the new server and old servers will die slowly. Do you have any action regarding this issue? Will there be a transition from the old server to the new server after a while?

Anything you’re wondering about?
We won’t be able to answer them all but it’s great to know what you’re questioning.

Look what i found… asked the question one year ago.
I mean it was actually logical to something like this to happen (fresh start).

The New World we play today is buggy, exploity, have many issues, but still fun to play. And the pace AGs is taking it will take more or less 8 months to almost a year and a half to this game be at least enjoyable with almost none major bug/explot/issue existant. And since FOR SURE! we won’t have a wipe/restart in the game (while i would love that). What i would like to know if transfer in more or less a year and half will be with no restriction then the already known. The most important rest…

Developer Kay knew about this glitch in July. Their response? General Discussion

@Kay Hi how are you? While you are so engaged in this thread and it is rare to a dev to talk around i wonder if in the future… something like 1.5 years from now, when new world has no more major bugs/exploits and issues. Will new server can have a restriction to not have transfer available for about a minimum of 6 months and the ideal would be 1 year with no transfer available from OLD SERVERS if the person is from a new server its ok, just not from a old server. me and my guild are thinking to…

Yeah boy the “I’ve been asking for fresh start servers for 1 year gang”!!! We should get a medal

yeah right? it was pretty obvious thing to happen. But i still went thru all the struggles the vets are so proud of and still want that beefy fresh start xD

I was on and off again, as I play other games too. I remember buy 200k Orichalcum Ore @0.01 for 2000 gold becuase everyone was mining the infinite respawning node and when I came back 5 months later Orichalcum Ore was selling for 4 gold.

my other question is will all our twitch drops be account wide so if i was to start on one of these new servers all my store bought items /decos/ twitch prime skins would still be there for me to use correct ?

So these are servers that other people can transfer to? pff , i really wanted to level up to a server starting from 0 ,with no transfers… … that’s a pity 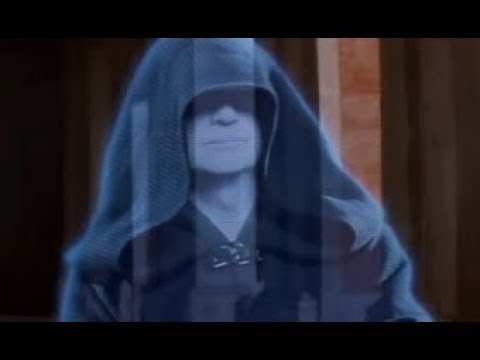 I just want to know a “Yes/No” and Date.

I cna then decide what to do. Currently stopped playing to not waste my time on current character if I choose to start again on transfer locked fresh server.

you know if everyone made a new toon fast enough might be able to cap the server and prevent transfers. there’s your fresh start server.

now go and light the beacon and off to the reddits

my other question is will all our twitch drops be account wide so if i was to start on one of these new servers all my store bought items /decos/ twitch prime skins would still be there for me to use correct ?

Hey how’s everyone doing? Hope all of you are doing great

! I definitely understand the hype of hearing this rumors and I see a lot of people as well that want this to happen. Of course I know that’d be great, but as for now lets try not to speculate since there’s no hard evidence or news about it. As said on my reply above lets rely on our official news media web pages and the news section on the forum to check on news like this one. Have a nice day!

Yikes. Sort of figured they would be re-considering as I had mentioned in a previous post.

Well condiering how many YouTubers are click baiting their videos with them just for the hits. I am not surprised we got info.

After all the hype I surely hope ya’ll will be pushing out some fresh start servers. Myself and multiple others in my group will be coming back but only on a fresh server.

Bruh, you call whatever that guy said “info”? He literally said nothing and even if he said no fresh start I’d only believe it from a CM, not from an AGS customer service guy (no offence tho)…

all cosmetics, twitch drops. amazon prime, and bought in store are account wide so can be used on any character you make

Sure there is also many vets but most if not all servers are allready at cap and overbooked. There is also going to be new and returning players that join the legacy servers.

There will definitely be some really competitive 60s going to fresh start to dominate new players, but there’s a 0% chance they will abandon characters with 1-3k hours of progress on.

When I see people say legacy server will die I just laugh to myself.

I am all for making the rise to 60 take less time, but I think they went waaaaaay too far with it. It sounds like you won’t be able to enjoy side quests without being extremely over powered for the main quest line.