So we now know just how many cheaters and exploiters are in the PvP community – same as in every MMO.
And they will ultimately kill off PvP if it isn’t handled properly – i.e., immediate addressing of the exploits and permanent bans for organized use of exploits.

Otherwise they will drive out legitimate PvP and even when they are gone from the game, the legitimate PvP population will be too few to make PvP worth saving.

Same as every other MMO.

Except Elder Scrolls Online. Where even the devs give out overpowered sets so badly balanced it’s like they are encouraging the exploiter culture.

Maruaders won another offensive on Themiscyra last night. They offered a duel of their strongest warriors as an alternative to war, but did not receive a reply. Restless Shore Victory #Themiscyra #Marauders #SWEET - YouTube

This post was originally created not with the intent of drawing attention to the serious issue that either the server or the client (or both) cannot handle the number of packets being sent and processed when an army of 50 clashes with another army of 50. Instead this post was made with the sole intent to weaponize the admins in order to ban players based on past vendettas and it really takes away from the key problem here:

War’s when fought in full zerg versus zerg of 50v50 do not work well. I don’t even know what amazon can do to improve it other than dropping down the number of players to 30v30. Even then I have my doubts the client will be able to process enough information fast enough to actually animate player actions.

moosee999 has tried to repeatedly frame this as though its some intentional exploit - this is a by product of 50 people fighting 50 people in the same exact chunk of game space, nothing else. When I see this conversation framed as “XXX is abusing lag” it’s facetious, propagandized nonsense. As is evident from both perspectives of the battle - BOTH armies are affected by the inherent lag created by all these players being present equally. In fact, the very title of this post is completely fibbed → “make your entire army invulnerable”. What a joke, any perspective you watch shows you people are still dying - no one is invulnerable. In fact in the latest war for restless shore: 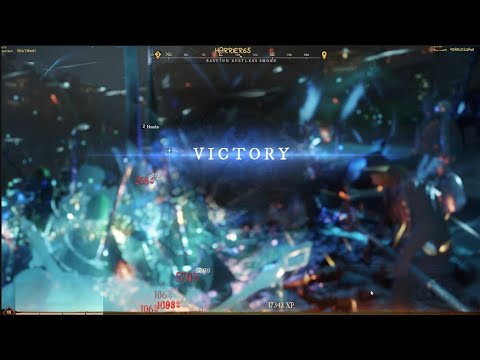 The attackers completely wipe even though the lag sets in.

Furthermore, once they regroup organize and attack together (as they should) - they actually begin lagging (and by extension being unable to really gauge whats happening on the screen) before the defenders as seen from this syndicate perspective:

The war in this state is absolutely unplayable and I agree with you in that respect, but the most effective method right now while not everyone is level 60 is to fight in full force as 50. There is no other alternative. No one is going to take into consideration how much lag is being generated when it comes down to war and do the courtesy of splitting 50 into three points. But supposing they do that - what happens at the final point when all 50 attackers NEED to converge on a single point and all 50 defenders are spawning on the point? No matter what the lag will occur.

This is a technical hurdle that Amazon Gaming Services Developers have to try and resolve, not some nefarious purposeful exploit anyone is executing on demand.

This isn’t some kind of new problem either. This has occurred before on other massive scaled MMOs:
Wow: 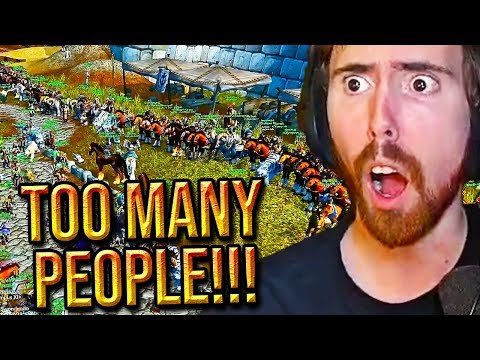 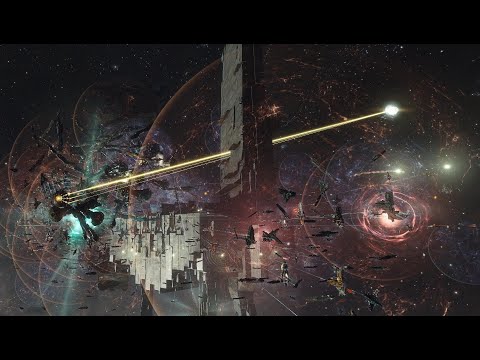 So please, stop with the thinly veiled attempts to slam people you have personal vendettas against. The rest of us just want to play the game. It would be fantastic if performance could be enhanced to deal with this but ultimately the solution may just be to drop wars to 30v30 to prevent the overload.

Beware the spreading of misinformation for an MMO in it’s state of infancy - just like the initial claims that catch up mechanics for factions with less territories was actually an exploit - where it turned out to be an intended mechanic - spreading lies about what is happening will hurt New World and ultimately turn prospective players away from it.

War’s when fought in full zerg versus zerg of 50v50 do not work well.

The game was designed around that, if it can handle it, its failed on basic level and can by no means considered a success.
Its like playing timeattack chess, but one side loses by default because he cant stop the clock

You’re not wrong about the server failing to handle it. I won’t pretend to know the exact technical challenges the New World developers have but I imagine this is by no means a simple problem to fix. It’s at this point that time complexity and loop performance really counts and I can imagine there may be optimizations that can be done there but I have my doubts it’s enough to solve it.

Well this is becoming the new meta already. We need some eyes on this.

It is already the current meta. Sad.

Both Mauraders and Syndicate used it.

Used what? You stack on the point to cap said point, they stack on the point to keep you from capturing, you both AOE because you’re trying to kill each other, it creates lag. There is no grand plan or strategy here, it’s a failure on Amazon’s part to keep their game from turning into a slideshow. This is something that has happened in previous betas even to big name streamers and still hasn’t been fixed.

I’m open to hearing what alternative there is for capping the final point if not getting your 50 attack force on it.

@Flexin @Rezlind I have an alternative (beyond fixing the servers to handle 100 people on a point).

Stage 1 - Attackers must capture and hold at least two of the three points SIMULTANEOUSLY to capture all three points and progress to stage 2.

Stage 2 - Deployment of siege weapons. Lots of stuff you could do with this, but I envision a slow moving tower gun traveling from the war camp to each point. They can be attacked and destroyed while moving to position. If a gun is destroyed, a new gun is deployed from the war camp gate.

Stage 3 - Destruction of the fort. Offense takes a victory if all three front fort doors are destroyed. Doors can only be damaged by the siege weapons at each point. Offense would have to defend the guns to win

Even if it boiled down to a final door, the war would still be spread out. I’ve had plenty of large scale open world PvP without any lag.

This would give you some great hopefully lag-free PvP and utilize the entire battlefield for a much more enjoyable battle. There’s plenty you could do with the process of placing a siege gun and defending it once it’s in place (deployable walls, mines).

It would be a blast and possibly even let you expand war to more to even more players (100v100?)

It would be nice if something was modified to how war is currently done to incentivize another strategy rather than zerging the point. I’m sure the developers will add different war type modes in the future - perhaps they will draw inspiration from your post.

yep, we just encountered this

its the most scummy shit ive seen in a while

If attackers just take heavy armor and stack heals or aoe on flag they will lagg shit out and its basicly over.

Def shud indeed ban ppl who do this !

The game is all about the war…

this topic shows how they are exploiting

Invincibility Exploit used against us during war! Please fix! Bugs and Exploits

This is absolutely gamebreaking, this is not only a bug but a very easy to reproduce exploit, wars are now basically unwinnable while defending, with this, the aoe exploit, the random kicks and client crashes during war, the influence auto clicker issue, wars and territories are now completely broken

solutely gamebreaking, this is not only a bug but a very easy to reproduce exploit, wars are now basically unwinnable while defending, with this, the aoe exploit, the random kicks and client crashes during war, the influence auto clicker issue, wars and territories are now completely broken

12 days no comments from dev team. Still a problem today.