Screw the format. Selecting the “On Fire” pip more than doubles your critical damage with the hatchet. 'Nuff said.

Is this just for throwing hatchet skills?

no it gives all hatchet crits 150% crit damage or more.

Does this go for any crit done, not the 3 hit formula.

It does seem like it is critting quite massively on any crit.

it applies to all crits.it shouldnt act this way at all. but after the “Heavy Pull” bug on greataxe where it was just subtracting damage for no reason i wouldnt be surprised if theres even more spaghetti code bugs that make no sense still hiding out there somewhere.

it just adds “1” to your crit modifier.

Thanks all for the replies.

I hope it is fixed. It’s been around since the mutations update. My server has had a group of 5 abuse it since. Then when I called out the bug they claim that 5k light attacks are “easily done” and I am a “baddie”. Gotta love it. 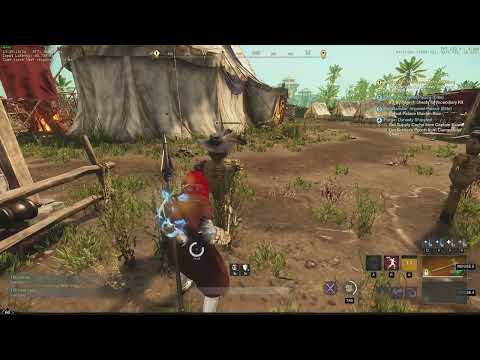 here is it in action… but i do hear its already been fixed on PTR, thank god. Ive been getting tormented by a guy running this in OPR and War the past month, its insane the amount of dmg he does, and its paired with a sword/shield so nearly impossible to shake the guy.

yea with the bug its actually possible to 1v1 a VG and kill all the teleporting dex users. Almost like it should be as a melee with hatchet.

Awfully sus that this seems like the build bots are using. They always berserk when starting an attack combo either in response to being targeted by a mob, or navigating to a known mob location…Like in Rothoard Hollow in Cutlass Keys where I’ve seen at least one bot living on our server [Pleroma].

We got wiped in Myrkgard today with a whole company (1mais99) in the Devaloka server abusing this bug today. Wonderful.

Hopefully it gets fixed next week, although I doubt it. Upvoted.