Any update on this? Our faction lost two territories to this exploit yesterday. We’ve defended consistently over the past month where our attackers couldn’t even capture a point and last night they took two territories in back to back wars. Will there be any consideration to roll back territory ownership in situations like this?

The fact this is still an issue after multiple days is absurd. This should be treated as equally as severely as the gold duplication problem because it affects peoples gameplay just as much, yet the developers only just heard about this now, and have had it communicated to them yet after several hours there’s no temp fix in sight? And how quickly was trading shut down?

How come when a gold duplication bug occurs everything needs to be quickly completely shut down, yet when a bug occurs revolving around war (many players losing potentially hours of work and potentially tens of thousands of coins in investment), people have to wait until the next patch to hope and pray that things are actually fixed?

Now that you’ve demonstrated with the auction house, trading etc, you’re fully willing to shut systems completely off temporarily to address an issue, you’re going to face an even bigger problem now, because the expectations of your playerbase will just upgrade from “well there’s nothing they can do to prevent people from abusing this” to “there’s something they could do to prevent people from abusing this, but just don’t bother to for some reason”.

The best thing Amazon could do at this point if they genuinely cared about players progression at all is to turn off wars, outpost rush and trading until they not only fix the bugs, but test their fixes before pushing an update and allowing these features to be used again. If this isn’t done, especially with bugs that majorly affect PvP, we’re about to see many more people drop this game and not want to come back because of a bad taste in their mouth.

and it doesn’t matter I report them, nothing is done

Just wanted to add onto this here also, reporting doesn’t really do anything in general. Someone can tell someone else to end themselves in chat, be reported for it and face absolutely no consequences for having done so. Seen it first hand. Moderation isn’t great at all, so I wouldn’t expect anything to actually come out of any player reports you make, it just seems like a waste of time to me.

Luxen, you know this is not an exploit right?

while it is a bug, it is not an exploit. It can happen naturally while out in the field or on the battlefield (outpost rush) a stack of 20 players can almost instantly get you to a weapon damage percentage cap.

Hows about we do a server shutdown EARLY to get it addressed and fix all the weapon issues mkay? Public test realms are there for this exact reason.

Because i had fun using my hatchet that I use on a constant basis and it happened to be broken becuase of a talent i’ve always used, should NEVER warrant a ban of any sort. this game is buggy and broken enough as is. now… gold dupers? yeah those folks need to be banned / stirpped of gold because that legit topples an economy.

Purple start to dominate using this bug on ursa and i think were not the only server who falls to this bug. PLS DISABLE HATCHET at wars at least. im PvP orientied and the game just became not interesting at all when you face a hatchet offensive army on our windsward defence

Hatch speed and damage bug and exploit Bugs and Exploits

What is your character name in New World: EvilTeaR What server/world did you experience your issue on: Utopia Describe the issue you are experiencing: hatch damage bug and macro for speed Is this a bug or an exploit: damage are bug speed are exploit (if a bug) How did the issue effect your gameplay: PVP gameplay massive dps in short amount of time make 10k hp like nothing. (if a bug) Were you able to recover from the issue: no Demand baning CHARNAME : BUCKKKBREAKER IF IT’S NOT BANING THAT MEA…

Please check this too and i need the answer too.it’s banable or not. if not i will start to use it too.macro hatch+ hatchbug because you are not ban them.

The lifestaff heals for 215% more than the tooltip says. Players are using the lifestaff to heal. This is also an exploit then

this can be done as a hotfix same as the currency issue. the fact ASG has yet to do this simple task tells me it’s NOT an exploit.

pls fix this its comp game breaking and ruining pvp in world ,wars and outpost rush .

Ok, the exact term in English for this is a bug, not an exploit, but the fact that you face the whole company using hatchet when you know most of them normally don’t(you do know what ppl tend to play when you see them regularly) means players are exploiting the bug ie taking advantage of it. if you have always played hatchet no you should not be banned but come on every person in the war attacking you using it. we lost a war last night in 11 mins due to this as a certain faction is willing to use anything to win and we won’t, all that will happen is servers will become so unbalanced due to players with no morals, and you will end up with a dead game.
over the next few days, we will lose all the territory we hold because this faction wants to win at any cost, and even though they are exploiting a bug its really the game’s fault and the programmers for doing nothing. 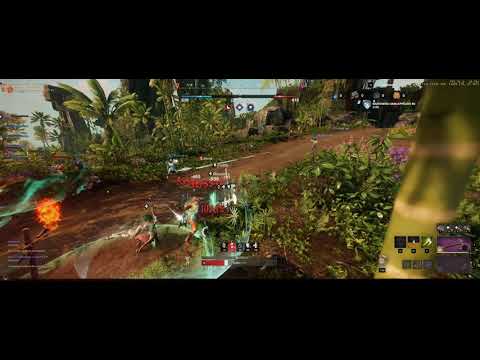 Okay no an exploit bro but in aquila everyone rush to war and abusing hatchet to take territorys. I think more worse than a bug and fckd up the whole map… I don’t know how they not understand this is too much its A FCKING GAME BREAKING BUG and need to fix and disable wars or whatever everyone use this fcking hatchet and this will be a fun game without developers POGGERS <3

It’s becoming a joke now how long this is left in the game. Do the devs even realize what Outpost rush has become? If the majority of people aren’t exploiting one of the many weapon bugs/exploits there is people jumping over the spawn wall to cap points before the game even begins.
PVP is completely farcical just now.

You mean what the whole game has become. Literally dupe/bugfest. Best way to deal with this is a Total wipe and fix their issues in the coming months and re-release game after everythings fixed

What about the upcoming wars? Would not be better to hold the wars until the bug is fixed? Territories should not be lost/conquered based on how much guilds exploit this.

Why are war and outpost rush still enabled? You disabled the market and trading for the gold dupe exploit, but many people are still abusing an exploit en masse that allows them to win wars unfairly.

Please do something to protect those of us who choose to play fair while others are abusing exploits to win.

. There should be no delay in fixing this, because as many stated, this can lead to unfair win in a war and that means a LOT to the territory owners. And imagine this, one company exploiting the hatchet takes territory from company which did not and THEN you fix it … so because the companies might normally be pretty equal and given it’s easier to defend, the company that got legit robbed of their territory won’t be able to take it back. That will screw people who worked VERY hard to achieve something over in major way.

That will screw people who worked VERY hard to achieve something over in major way.

I don’t think AGS cares about this.
We are all not just unpaid but even paying alpha testers after all.
I’m pretty sure we’re all being laughed at by AGS at this point. They made their money.

When you build MMORPG, you typically think ahead though, unless you are just typical South Korean semi-scammer - not wanna dis an entire country, but you guys know what I’m talking about, there is a LOT of these cash grab games in SK

. Imagine if FF XIV just took the L, grabbed the cash and stopped the server. It’s now the most successful MMORPG of our time, because they kept busy, fixed what needed fixing and listened to player feedback and that brought so much more cash in their pocket. It’s now the most profitable FF game ever made.