which is not normal ! If more people let this go like you do we’re getting winter event in june and halloween in february …

you complain about a server with 500 people? what about servers with 50 people or less?

they deleted the release date from the patchnotes

From the PTR notes. That shouldn’t have been there. That’s why poor Mugsy was confused, and the date was removed.

No, the date shouldn’t have been in the PTR notes. But it’s a little like publicly griefing them because a bug was found in the test realm, so they decided not to move forward with a planned change that was listed in the notes. Nothing about the PTR is set in stone, and we would be remiss to act like it is. Otherwise they should just skip PTR and go straight to release anyway, if the reaction will be the same either way. For real, people.

Someone learned a hard lesson the day they missed removing the PLANNED and TENTATIVE release date from the PTR notes. In now way was this ever intended to be an official announcement.

Honestly, not making a giant forum announcement over that seemingly small blurb that hadn’t blown up yet, over something they clearly immediately fixed when it was brought to their attention without a huge fuss… I don’t really blame them, though they should have known the person that mentioned it was probably not the only person who immediately wrote it in the calendar. Lesson learned by whoever was involved with the PTR post, but this outrage is misplaced, IMHO.

My only regret about the Thanksgiving event was that I learned about the turkey from here in the forums, not in the game. I was still tickled when I ran into it randomly myself. That was pretty awesome!

Not even mad they didn’t announce it. That was a pretty great surprise!

It was, but now it’s not. Typical AGS policy. They promise something and doesn’t deliver.

Oh, I did not let it go. I want everyone to remember how they effed up with the timing of the Thanksgiving event. I really do not have faith that the Winter event will be any different. What’s the saying…Christmas in July?

Well I guess I’ll go play something else…

[Notice] Status of the Next Update Official News

Greetings Adventurers, As we communicated in a Developer Blog, we will keep you updated on the status of the upcoming weekly/monthly updates. We know you are all super excited for the December Monthly Update and the release of the Winter Convergence event and so are we! We will not be releasing this update today but stay tuned for the December Monthly Update announcement!

To release it and be full of bugs and turn off the trade and market, i would rather have the Christmas patch on Easter.

Thank you for your inquiries about the patch this month.

I’m sorry about the delay in a response.

The patch was released along with the Winter Convergence Festival!

You can find the announcement here: 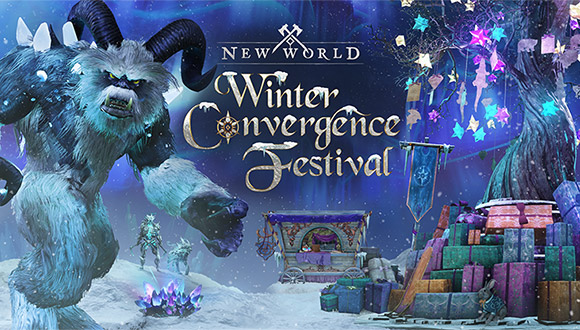 And the patch notes here:

The Winter Convergence and Winter Wanderer have arrived in Aeternum, alongside major changes to New World's end game and a variety of other changes. 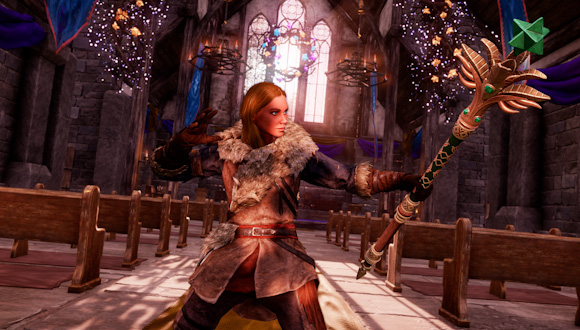 Find the new and festive store content showcased and learn about upcoming content available later in the month.

I hope this helps solve some doubts. Do let us know if you have any more questions.