This thread is a gold mine.

On another bag of /popcorn

Regardless of how you feel, or whether you agree is irrelevant. The fact is, games like DOTA 2 and LoL net insanely higher profits than most “conventional” MMO’s on the market. $40million USD for a single tournament, when ANET’s total net worth is $54million USD speaks volume.

Sure, I never argued otherwise. But these are different genres and different games fundamentally (session-based vs persistent-word based)
Established MMOs will never "die " i.e. “server off” as most of the cost is already spent and keeping lights on and releasing new zones is orders of magnitude less costly then creating all the networking code etc). New “traditional” (persistent-world) MMOs… I actually agree with you = two things will happen:
PVE MMOs will become single player with optional/mandatory coop (that’s what FF14 mainly is already)
PVP MMOs with persistent world will simply die off completely (you will be left with LoL/DOTA/Forthnight etc)
Of course that also means that engine makers will stop including network persistence infrastructure into their engines so passion projects like Ashes of Creation won’t be possible anymore either.

another ‘ME ME ME’ thread from a pvp player. truly trapped within their own tiny bubble. a fitting companion to their tiny brains.

“Will people stop talking about PvP! You’re ruining my game!”

MMO’s are both PvE and PvP, the mmo market has been a low and a niche one for a long time with the old zombie game known as WoW and super casual and “alternative+not competitive” mmo concepts like GW2 and the “mightiest in that trash bin” FF14.

This game’s foundation was built around competition (PvP and less resourceful systems) and it made a last ditch change months before release to satisfy a casual userbase, already satisfied by titles already designed for them…in some kind of wacky business attempt to try and steal the wallet of those players to “go on, come and give it a go, buy once and play forever!”.

AGS done the good old money grab.
This is some of the worst PvE I have seen in all my gaming life, are you telling me that you’re seriously defending it as a title, that is intended for strictly an audience that just wants to slay monsters and doesn’t want any “grief”?

“Will people stop talking about PvP! You’re ruining my game!”

I said it elsewhere; if PvP trolls would just shut up and enjoy their PvP; I would also shut up and enjoy my PvE. I have nothing against PvP. I have everything against PvP cavemen who scream it makes them better than PvE. Like you.
But every time a drooling PvP caveman facerolls his keyboard to scream ‘PVP R GUD! PVE BAHD!’; I will be here to prove them the drooling idiots they are.

pvp hardasses on mmos are not good enough to play real head to head games. that is why they are always the whiniest snowflakes on these forums and in these games in general. theyre bad, they know it, and it makes them angry, and bruises their fragile egos when they die to something.

just look at all the crying about hamaxe. theyre mad their broken ranged weapons can be stopped. how sad.

pvpers typically come to mmos because they know they are the minority and want to beat up on noobs who will once a week try out some pvp for fun, so they can feel better about themselves. so they go farm a bunch of PVE gear (lol) so they can beat up on people with greens.

once actual pros like me get in there and start stomping them, they cry and send tells to you that would normally land someone in jail. degenerates, all of them.

To each their own. Many of the things you mention are the basis for excellent RPG games like Skyrim. Do you feel the same for Skyrim and similar games? For me, PVE in MMO’s adds fun of groups to the RPG experience. I enjoy PVP, but play in dedicated PVP games as they tend to be easier to balance. These are video games and each of us enjoy certain parts. Trying to debate why a certain playstyle is preferable seems to be missing the point of the games.

So if PvP is such a money bin in the MMORPG market, why does most new MMORPGs on the market focus heavily on PvE? Why is it that WoW at its peak of 12 million subscriber, was a PvE focused MMORPG and is to this day?

PvP MMORPGs are a niche market, simple as that. If we follow the cash flow, it’s simple to see that PvP MMORPGs don’t bring enough cash to stand on their own, especially with today’s production cost. And pure PvP MMORPGs eventually end up competing against other PvP games from other genres that are way more successful and draw a bigger crowd.

PvP MMORPGs don’t sell enough on their own, they drag a crowd but not a big crowd.

Over 2k likes, holy cheese and whisker’s batman, if only I could see the amount of dislikes attached to that somehow… (ok youtube! did you really have to fail the people too…).

I’ve never reported anyone because I’ll take on anyone’s opinion +
I’M NOT SELFISH, I don’t silence people, everyone can talk, be a selfish as you like imo, it’s a good learning education for everyone. The kids won’t learn anything if the world keeps getting modded as there will be no fine examples they can take from!

There is 1 simple answer:

There is nothing wrong with that ofc but they chose their game poorly, they are playing vet inside of a tiger’s cage and the owner’s of the tiger’s decided to put a muzzle on the tiger’s and say “no grefing!”.

Again; your strawmanning me.

But when PvP players stomp on here and scream 'PvE players are less skilled!"
Or ‘scared to improve’
Or ‘add nothing to the game’
Or ‘PvP are just better at everything because PvP’
Or any other of the hundreds of ego stroking bullshit PvP players have said;

I will swing back. But apparently, to you, PvP players are allowed to be ego-bloated jackasses and I’m the bad boy for slapping the stupid out of their posts.
Then again, given one of your posts is ’ Why a mainly PvE mindset has litte to offer’
And another is the There has been an air of Toxicity towards people PvP inclined when threads like this exact one exist attacking PvE players; You’re clearly one of those toxic PvP players looking to dunk on PvE.

Something I can actually agree on.
I’m not against PvP. I’m against the ego-bloated jackassery of PvP players acting like PvE players are inferior.

And now I await the PvP players who downvote comments that DARE talk ill of our clearly superior PvP overloards.

Again, that word “competitive”
Do you really not know what it means?

Explain to me, how in the game with no reset there can be a competitive pvp?

Lets take “poster boy” for pvp MMOs EVE online. If I start today fresh, in 6 months or year I can reach skill cap on one or two specific skills. But because EVE is well balanced there will always be a way to counter my best skills with something else, that I don’t have but somebody who started year before me might have. And that disparity will never ever shrink, I will always have a handicap against somebody who started earlier. In what way this is competitive?
Again, why do you think professional sports have seasons and don’t just go on playing and accumulating points forever?

So you are one of “those” people that can not accept a change of a company made to insure more people buying the game than just the few that liked the original concept?

It doesn’t matter if YOU think there are other games for other people. Its not YOU to decide who plays what. And its the company that decides in which direction they want to design their product.

Well my first major thread was simply to coax a playerbase that was distracted by other things but it’s core still remains fairly true, an mmo with the template of NW had barely anything to offer the likes of crowds that were happy with experiences from GW2 and FF14, those are content based games that don’t rely on their systems for player engagement.

NW is, clearly from release and in the building stages had the conclusions of “own territory, fight over this etc etc”, none of the WoW 20 man raids or big frigging boss or villages of Orcs or mountains or text. Ofc a ‘PvE ONLY’ mindset, feedback wise is going to offer very little, there’s nothing toxic about it, it’s just being blunt (and as we AGREED mmo’s are PvE and PvP).

Well I quit almost 2 weeks ago and no one cares about me or anyone else who left, apparently this game isn’t designed for me and “that’s fine”. Well look how that’s going, for some reason a lot of you are on here and can’t stop bickering…“I wonder what that says about the state of the game…”.

“It’s fine” “Some people enjoy that!”, I’ve never seen so much skirting around major issues, EVER. It’s like Amazon have given you voucher’s and you’re essentially payed to type crap on here.

BARELY ANYONE is bullying players, stop acting like its an issue, is this the AGS Grief Department? 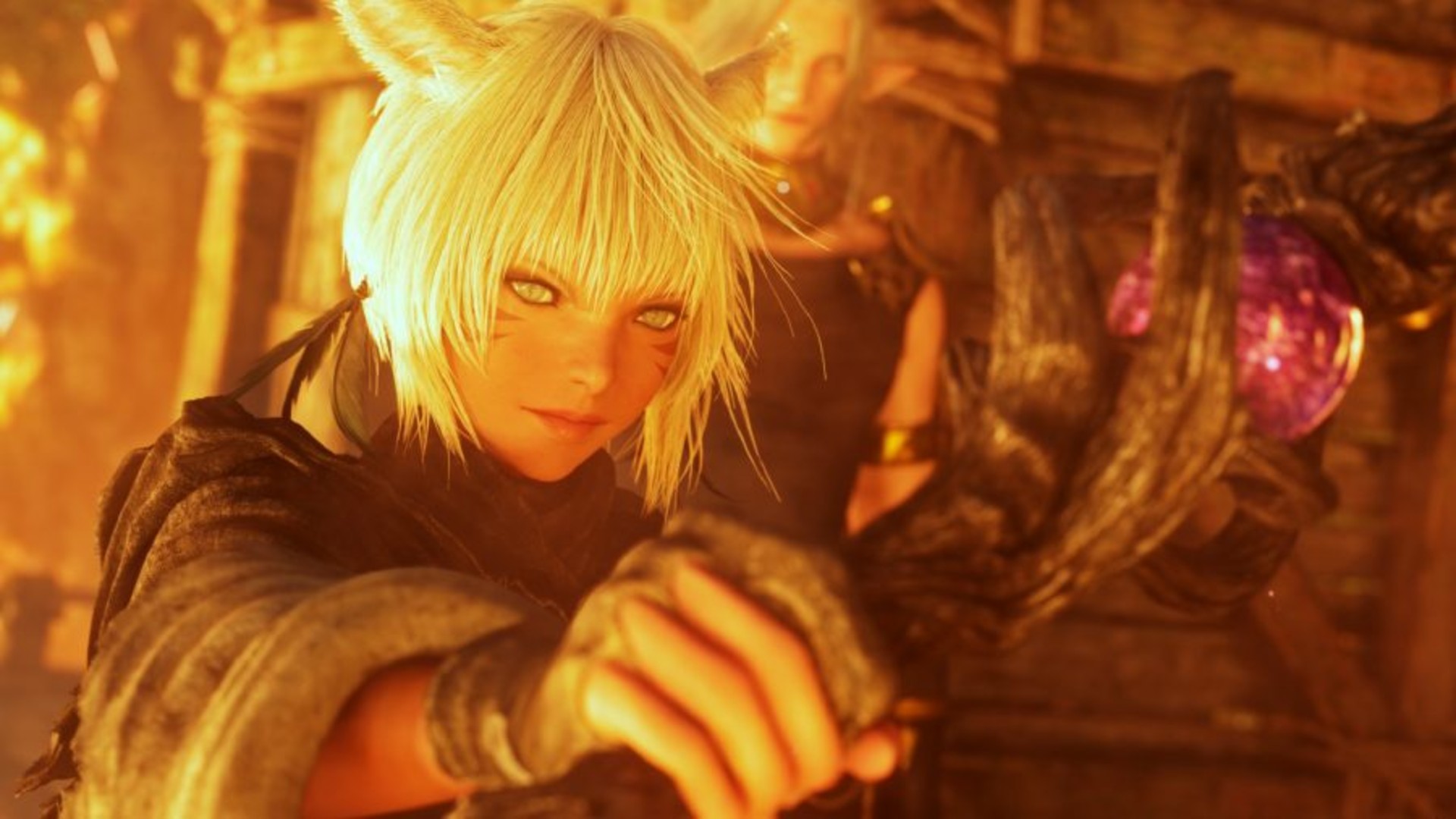 Square Enix's RPG continues to grow, reaching a new milestone as it nears its next update

We still have yet to get an MMORPG with a “Focus” in PvP. That is the key word. The idea of progression, but also being in conflict is why PvP players were excited for New World. Eve (definitely not everyone’s cup of tea) is a rather “specific” genre.

Albion, as small as it is, still nets in 12million USD. Which is pretty crazy considering that it was the first top-down PvP focused MMO. I think most PvP players though are wanting that third person / over the shoulder gameplay.

Again, referring to the studio’s net value (and the rise and fall of their gross worth).

Activision Blizzard annual/quarterly revenue history and growth rate from 2006 to 2021. Revenue can be defined as the amount of money a company receives from its customers in exchange for the sales of goods or services. Revenue is the top line item on an income statement from which all costs and expenses are subtracted to arrive at net income.

Square Enix Holdings annual/quarterly revenue history and growth rate from 2018 to 2021. Revenue can be defined as the amount of money a company receives from its customers in exchange for the sales of goods or services. Revenue is the top line item on an income statement from which all costs and expenses are subtracted to arrive at net income.