I get your fascination with PVP here, but here was the problem

Don’t get me Wrong here. Having better Gear gave you a Benefit, but you had to learn to Control and Play with your Character or that would be useless…

I’m just so frustrated about the Combat Change from Alpha to Release, there is a shitload of People that are Banished to Play Single Player Games, because only they offer that much of an Combat Complexity. I for my part allways hoped to finally see an MMO, taking a step away from the typical ButtonSmashing/Tabtargeting Playstyle. NewWorld did it, ontop of it all they put DarkSouls Mechanics into it, but they removed the whole thing after some Crtitique instead of Improving and Refining it and sticking to their Original Idea and Passion.

Today, im loosing more and more hope that it will ever come back, I really wish it would but the only way I will experience that Combat again is by going back to DarkSouls or now Elden Ring… That really sucks.

I like the whole Social thing about MMOs but well…

The poor decision is not limiting it to a range of 2 levels above and below your current level. Getting stomped isn’t fun. Stomping isn’t fun. Do the designers even do psychology?

I’ve only seen videos and commentary. Didn’t play the alpha. But from what I can tell at one point the game had a vision. And then that vision changed to “make as much money at release as possible” … And I’m bummed about that.

It worked. And as someone who likes money I guess I can’t blame them. It’s just… a bummer.

It’s really disappointing. The thing is, the playerbase I’m talking about is not small… It’s just not as big as the typical MMO Playerbase.

But if your goal is to maximize money, here we go.

Difference here is you don’t get jumped by pve mobs in this game and it’s braindead easy to kill them or get away from them to swap gear.

I don’t get why it’s so hard for you to understand that people want to be able to have good PvP fights while they are doing PvE, that’s the entire point of flagging for PvP.

Here is some information on the Subject:

Overall Discussion and how I learned about the Topic:

Is it time to listen to the “loud minority” yet? General Discussion

Our Vision For Combat: What Happened? v2.0 General Discussion

Gameplay of the Alpha Combat explained via DarkSouls examples. 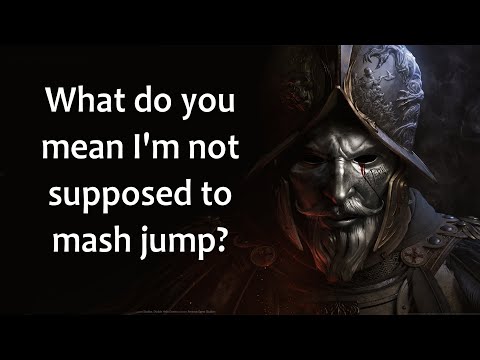 Difference here is you don’t get jumped by pve mobs in this game and it’s braindead easy to kill them or get away from them to swap gear.

But that was YOUR choice!!! YOU flagged for PvP because YOU WANTED to get jumped by other players!!!

So you can’t be possibly complaining that you can’t do PvE due to the “risk” you took by flagging for PvP! that would be as stupid as flagging then complaining you got killed by another player while flagged

And for the record, if mobs are brain dead, that’s AGS fault… maybe they should not rely in scripted behavior, or better yet stop solely relying on pvp to provide risk for open world and invest time/money deploying good AI.

I don’t get why it’s so hard for you to understand that people want to be able to have good PvP fights while they are doing PvE, that’s the entire point of flagging for PvP.

It’s as hard as it have been for you to understand that I want the same treatment while I do that what I love… dungeons/expeditions.

Poor design to add a RISK/REWARD?

I guess you never had the experience of killing people and winning the rights to gather there and receive messages calling you everything under the sun. There isn’t much rewarding content in this game, but this is definitely up there.

I started the game very late, and still have the same experience to this day. My gs is like 570 or lower and still win some and lose most. regardless it’s great. you and the 8 people who liked this post clearly want bonuses with no risk of losing some coin repairing.

this is the correct opinion

It’s not about flagging and complaining about getting killed. Nobody who wants to fight other players is going to complain about getting in a fight. The OBJECTIVELY bad mechanic of trying to fight in focus gear as a strength build because there are certain luck thresholds that you HAVE to hit to even get certain things to drop is what people complain about. Players who want good fights shouldn’t have to decide to participate in one or the other sides of the content, which the devs have firmly stood behind with flagging luck.

Before flagging luck was added you had to decide if you wanted to flag and only be able to PvP or go unflagged and only PvE.

Flagging luck allows you to flag up and do other content, while still being ready for a fight. The problem is the people who demand to have both luck sets and the flagging luck because they feel entitled to having everything.

Flagging for PvP is not opting out of the rest of the game, it’s part of it. Not flagging IS opting out, and so you get less luck

But don’t worry I get it now, a pvp player should be allowed to be ready to do not only the content they like, at peak performance with no compromises, but also have PvE bonuses. They should not only be allowed but also encouraged…

If a PvE players want to do the same with expeditions and open world dynamic events then fuck no! those entitled brats will have to craft orbs to even enter a dungeon… and if they want gathering bonuses they better move their asses to town and switch gear set…

I mean if you don’t flag up you can never be killed , but then you don’t get the reward of the risk of being flagged up, it’s classic risk and reward system. IMO it adds a lot more fun to gathering when there is this risk and reward element

Yes it is… and I remember in the beta when we were just trying to do faction PvP stuff at level 15 and level 30’s were camping out and ganking us, decided then I would never be that toxic person. I much prefer to help people than gank them and have them dislike the game. So I flag up when I need to and generally just hang out with friends.

Please sir can you hold on just a moment while I change outfits to better fight you, yes I see that working well

The flagging luck gives PvP players the bare minimum luck to even have a chance at getting some drops, it’s not “perfectly optimized”. It’s to make it so flagging doesn’t make the rest of the content completely irrelevant to do.

The only way to do that is to flag and wear luck sets with trophies, which very few players do because the people who flag want to have fun fights with other players

They instituted that flagging bonus to entice more pvp interaction. If you don’t want to be attacked, then don’t flag!

This is not good game design. Putting a bonus on pve gathering by flagging for pvp is at best completely idiotic. People that want to engage in pvp do not need to be enticed! By giving this bonus for pvp flagging you’re essentially taking a benefit away from people who couldn’t care less about being your entertainment object!

Seriously why is it so hard to understand that the flagging luck is for people who don’t want to PvP in gathering gear?

All because you said so.

Stop feeling so entitled to everything. If you want luck and don’t want PvP then wear luck sets. It’s really not that hard to figure this out

Says the entitled dude that thinks he’s entitled to use other players as his entertainment objects.

This current system is just a griefers dream where a drood can prey on defenceless pve:er in gathering gear…

Then go play a single player game if you want zero interaction from other players. I have farmed thousands of orichalcum so I have seen it all.

Your whole statement is proven moot by the simple fact of risk vs reward , want the extra luck reward then you gotta risk being flagged, it’s not like dying does anything in this game other then a short run back from a camp or town.