Yep we lost our main town last night because of this. The lag was insane even on new systems that made the game unplayable from ice gauntlet spam.

Seriously. I’ve been browsing the forums and haven’t seen a single reply to these posts about the exploit. It’s breaking the game entirely. Our server went from 1 yellow to almost the entire map yellow just because they were exploiting (Green and Purple refuse to exploit).

That’s basically how our server went. We had a fairly even mix now Yellow owns all but 2 zones. All the while Amazon just turns a blind eye to game breaking issues like this with no way to fix them.

yeah on my server Yellow had maybe 15 level 60’s so me and my company switched from purple and we took over a territory and held it. Once the transfers opened up some annoying purples (twitch link in my post) came and attacked us using the exploit and now its just green and purple fighting with the exploit. I quit the game until I can see some progress on this bug because right now its not worth my time.

i believe what this is has little to do with ice gauntlets. This is more just the fact that there is 50+ people in 1 single area, and your game and the server are trying to keepup. If its a fps issue then turn down your graphics. But everyone experiences this in every crowded space. Ive talked to some people about it and we believe it is packet loss. Other than that, its just something that we have to work around by using alot of aoe attacks since their actual position isnt rendered up to speed.

Yeah, we saw it happen when people didn’t have their graphics turned down and/or were running on pc’s that barely (if that) met the recommended specs.

The lag happened with several coordinated attacks that were intensively working graphics, damage and physics calculations. Happened to several people dealing fire staff aoe’s, bow poison clouds and others…and it didn’t matter if it was friendly or enemy groups doing this.

People running better rigs with appropriate graphics settings didn’t seem to have issues at all.

In our war yesterday every single player had this issue. And we even set the graphics to low before the war.

It needs a few AOE IceFields and you can win the war. Nice.

They should disable this skill for the gauntlet till they fixed this.

Weird. Most of the people we saw had swapped out to that fire staff machine-gun build where they can do the weapon swap macro with twin staves to fire like 5 x per second, so there were only a few people dropping ice storm and fireball. It was ridiculous … you died about as soon as you knew you were hit.

(edit) I guess it works with anything…can you imagine hitting someone with the Blissful Touch heal that costs zero mana and doing this? 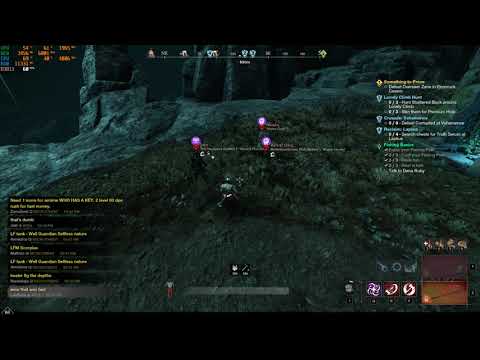 so its game optimizing, and has nothing (little) to do with the server

How’s this for a macro? (Midgard EU btw)

i don’t even use the ice gaunt, but once again such a big deal for something that’s in every game, and will especially be in this one (due to graphical load); these are simple things u can turn off. heck i always play with all my stuff on low except for the objects on ground. funny thing is i go & watch all these vids of “exploits” on this thread, another thread, and this vid saw nothing unique, last one they were statued, but it was the opposing team, so I’m still trying to figure out why the word “exploit” is thrown around & exaggerated so loosely.