Ok, so this game currently has no mounts and i agree with everyone that it shouldn’t include them. however. I believe Mules would work. The idea is that your out farming material and your inventory is full. you can call your Mule to haul your items to a designated stable at a town that you can later pick up once your ready to move them to another location. This will allow you to stay in a location to continue farming while your items are hauled off. There would be a cooldown for using it, like 1 or 2 hours maybe and you would need to level a skill to increase its storage capacity and speed. you could also send it to a storage location to pick up your items that you want instead of using azoth to go get them. there would be many functions for this content

Mounts have been confirmed by the devs as in the works. Asmongold did an interview with the devs and they told him as much. While plans can change, I highly, highly doubt he would lie about it as 1) he’d really have no reason to 2) he has a tremendous amount to lose by lying directly to his audience. They are coming. Right now speculation is that they are 50% increase move speed but we don’t know if that’s only on roads or everywhere. We also have no idea what other systems will tie into mounts. Do they level up on their own? Do they have storage? Are their different tiers or speeds? Do you have to stable them or are they “summonable” like in other MMOs? We just don’t know but we do know mounts are coming some time after Brimstone Sands drops.

The people so adamantly opposed to mounts boggle my mind. Not only are they very good for the leveling experience (read: keeping new players around for more than a couple weeks) and getting around in general but they are huge monetization opportunity for AGS. Can we at least agree we want AGS to make lots of money so they can continue updating NW? Can we?

Would be great if they build a comprehensive and elaborate system around it that involves bonding different activities:

Yes mounts were datamined a year ago. There are youtube videos.
The plan may have changed, I don’t know. 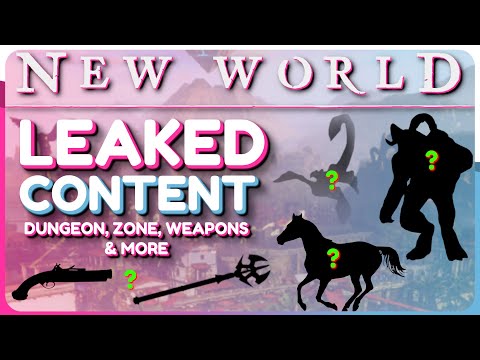 As far as alternatives to horses:

Do not add mounts Game Feedback

I would like alternatives to a horse. A racing cow [image] Hehe

I don’t want the mounts to be animals, that’s too boring. They have to be extravagant, and interesting.