I'm so happy orbs are easier to get today

I posted this on Reddit too, but look at the comparison for mats needed to craft a Laz orb from Launch to today. It’s basically a 98% reduction. It’s kind of insane they launched it with those initial requirements. Ontop of this you couldn’t trade corruption mats or buy it from the faction vendor. I don’t know how we all got through it(Ok I know charging for spots basically got us through it but I’m not happy about that lol)

The devs deserve some credit for shifting their mindset on this; as everything I just wish it was done earlier. So thank you devs! I’ll be glad when orbs are gone all-together but they’re pretty negligible now. I don’t even bother crafting them anymore since they are cheap on the faction vendor.

I made a video talking about this in case you are interested: 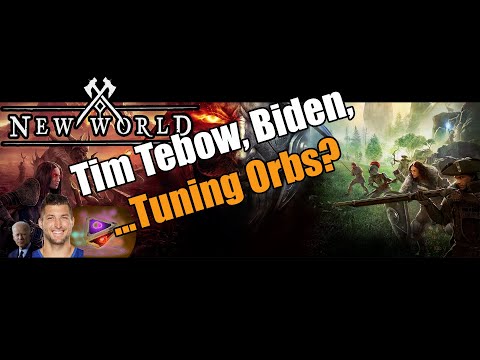 Lots of bad decisions at launch from highly expensive orbs, insane azoth costs for travel, high rents (taxes), high costs of leveling crafting (with no reward and that is still an issue), the list goes on. Not sure what the Devs of this game were thinking. Also, we still have no mail system. Make it make sense.

Definitely. I’ve tried convincing some to come back but it’s all or nothing for them. They hate the orbs and paying for runs.

I think the dev team is just inexperienced with MMOs. They are getting there.

I think the dev team is just inexperienced with MMOs.

Thats an understatement. The guy that just bounced that was running AGS came from another part of Amazon that had nothing to do with gaming! Had never developed a game before! Maybe with him gone a more experienced person with MMO gaming experience will move the game forward.

I mean its better but they need to just be removed or changed to bonus loot if you have one.

im honestly finding that the friends that got me into this game just found everything to be tedious even after i explained all the changes and reduced prices.

they are on the younger side. i just dont think the majority of youngens can stomach this kind of game anymore.

I think the dev team is just inexperienced with MMOs. They are getting there.

agreed, in due time

Even that needs to be carefully designed.

If it’s a bonus that is applied to the whole party then it won’t change anything.

A bonus on the individual or something like Anthem had where a special chest was available after the last boss fight to be unlocked by special keys that rewarded the whole party would be what I would like to see.

Yes I’m thinking of it as individual bonus. One like WoW had bonus coin rolls.

Nah. I’m not sure any of the people that left from orbs want to hear about anything less then complete change . Keeping orbs feels off. People explaining why they have to stay reminds me that this game prob needs to die completely. People don’t get it. The community as a whole isn’t interested in compromising or being manipulated.

Games like this either get it or they become old games nobody plays. You really only get one chance to make your reputation. Group finder things to do pvp that people want gear that’s fun. Ohhh and not being told you have to get an orb. People 90% of them actually hate this.
So yeah. None of my buddies will even talk about this game. And orbs are part of that

Hardcore pve players never had problems with orbs. I was 625 in the first week of mutators.

I quit the game for lack of content, not because i needed mats for orbs. Only spoiled scrubs did that.

And of course i will come back to the game. I dont have anything to do right now. Im 200 in everything 625 in everything, capped on gold etc.

Ill co.e back when theres something to do

That’s not true. Expecting NW to ever reach the same playerbase as it did with launch is ludicrous. It wont happen.
However, I just came back from a 3m hiatus, NW truly is a gem in the rough. Most mmo’s had a similar launch, with similar problems and playerbase dropping fast. Eventually they return. The ones that love the genre.

I think NW needs a relaunch with Brimstone in January. The game has changed for the better.
I mean, everyone though SWOTOR and ESO wouldn’t survive a year. Yet more than 10y laters they still exist.

That’s not true. Expecting NW to ever reach the same playerbase as it did with launch is ludicrous. It wont happen.

I dont think ANY game ever has the same population as it did at launch. So thats not what I said. I said that most pf the playerbase that left due to the content gating will not be coming back. I have seen this myself. When I started on Cantahar I knew dozens of players that left due to the game’s issues. These players are still on my Discord friends list and whenever I look them up, they are engaged with other games. I have even reached out to let them know the game has improved and they have politely declined. And this is a free game man, after initial purchase there is no monthly fee. If people aren’t coming back to a game with no monthly fee, they are simply done with it.

If NW “Rebrands” itself with a rerelease (similar to FFXIV) I beleive it will get NEW interest. And make no mistake the game still has issues. The crafting system is borked and has tremendous gates as well (the need for max trophies, gear, mats) to get to a 600 GS item with useful perks. For my PVE heads that love to craft in games thats quite offputting.

In short, NW has a long way to go. lets hope it gets it together before AOC releases.

I agree, crafting needs a complete overhaul. It made sense as a sandbox but in the current direction crafting just doesn’t work.
Keeping loot in Dungeons attractive while also making crafted items interesting. It a very difficult balancing act.

I think what would help is sorta like a npc crafters guild. Get real assignments for apptitude and whatnot for creating stuff and selling it to your guild or something.

Make it give more purpose, let me chop wood for a reason, the world is vast and its lovely but just grinding for the sake of it…

I think what would help is sorta like a npc crafters guild. Get real assignments for apptitude and whatnot for creating stuff and selling it to your guild or something.

Most of the MMOs that I have played has something like this. Crafting missions/quests. Where you can gt rare mats/gold/items for completing NPC given quests. It encouraged people to craft and explore the world similar to the faction quests. But lets face it thats a PVE thing, the game was built around PVP, open world, full-loot concepts. Its going to take a long time to change that mentality. Most of the playerbase the game attracted is not interested in that PVE stuff, most can’t even run expeditions traditionally.

Thanks for noticing the material change on the Tuning Orbs. Switching from requiring the orbs for expeditions to the orbs potentially being used as a reward buff is an interesting take. I like your idea of making the requirement at an individual level instead of a party level.

I like your idea of making the requirement at an individual level instead of a party level.

Tuning orbs should’ve been an individual requirement from the start with the way they were designed and implemented on day 1, being bind on pickup items. Allowing players to essentially ‘sell group spots’ to get around needing the orbs is what caused players to get too complacent with using orbs as a way to monetize access to expeditions. This caused me to walk away from the game. Until orbs are no longer required, and until they don’t exist, … period, not even for ‘buffing rewards’ like they’re planning, I will not be returning to Aeternum.