There is a massive bug and issue with Invasion at the moment. During an Invasion influence is meant to be locked and can not change until the invasion is over. But today on the Caer Sidi server, a Marauder territory, Weavers Fen had an Invasion Scheduled for tonight, but during the day the other two factions were gaining influence in that territory. That should not happen. This seriously needs to be looked at.

Same issue on Baralku with the Brightwood settlement. Enemy faction caused influence to rise to ~50% after the invasion was triggered and the owning faction ran PvP missions to get their influence back to zero.

If this is not fixed, potentially a settlement could face invasion followed by a war declaration immediately afterwards.

Confirming what Umbra has said here Baralku [AP Southeast], watched the influence climb oddly fast in real time, and then we gathered a response and watched it slowly go back down. Here’s a snip of what we saw: 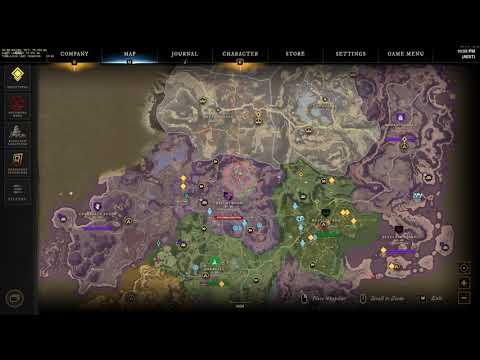 With this message on the faction quest NPC, I think everyone assumed it was not possible:

We just had Cutlass Keys go from 20% influence to 100% in literally 2 minutes because Syndicate were running missions while the Invasion status was filled. We couldn’t lower influence because of it. This is game breaking.

All factions seems to pushing at one another during Invasions since there can be no actual counter.

We have once again run into this issue.

An invasion was declared 3 hours after we take the territory with green now at 4%. With the invasion still pending the next day, it is now at 19%.

The UI needs changed, or this bug needs fixed. This is incredibly frustrating, and it is hidden on the map.

The influence in an area can be changed despite invasion by PVP quests.

according to the explanation that shouldn’t be possible.

The defending faction does not see this and cannot do anything about it if you are in the invasion.

Together with the hatchet high damage bug, PVP isn playable right now as territory is just attacked stealth and then won with too high dmg in wars.

Can you do anything?

Bumping this as it’s a growing issue on my server

In the newest patchnotes they did a notice that this is how they want it to be. So this topic is wrong and can be closed. ^^