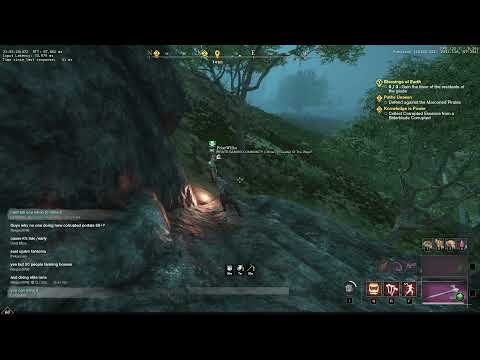 Here is the video of my man just disappearing and worst thing is that others can see it and you cannot, NEED FIX ASAP!
****** Please make sure you fill out the following information before submitting a report ******

This is not invisible it’s under the terrain still miniable .

I was trying to get it from all the angles before recording and dude was just standing and mining it and randomly asked me “Yo, cant you see this?” I was like wtf man hahah but on my 10h+ mining route today I have seen it more and more

It is not possible to mine it, it was not under terrain it was gone, like it was not there

Got this bug last week, just need to relog to see the node. It did with orichalum and starmetal.

Yeah, actually tested with relogg, but since sooooo many people are farming and hard to get ores, relogging is not the best solution but it works ye

Let me ask this, with these nodes, are you keeping within line of sight of the node the whole time?

I’ve had issues with nodes looking broken to me, but available to others, not to be confused with nodes behind terrain. I know the difference and my issue wasn’t that, but maybe we can figure out what’s happening if we get some more data.

Yeah happened with a friend, we were waiting for node respawn. He could see it but not me.

Theres an anti bot mechanic that if you dont go out of render distance (certain distance) it will not show for you. However bots just log off and back on again via timer and it bypasses this. Its a shame but this is how they are bypassing the system.

I never do that, I make the route usually using the new world map and go by it, because i grab the things i need for the day and lets say day after that or next week what i will need, like 5k death motes so i go farm bummbleblossom and oil and death motes in weavers fan and some starmetal aswell so yeah, just circlying around whole the time

Hope we gonna see a fix, but i do like that there are not many bugs so far as i have noticed

There is a hidden rendering control for nodes. If you are just camping a node and mined it a few times, it will start to not show up for you even if it would have respawned. Others will see it but not you. So that is why you will see people mine something that shows up as mined already on your screen.

Yeah, it is preventing loads of bots from just staying and mining, which is good