It says coin transferal is disabled in trade post!

Exactly… What can we do atm. We’re basically playing the worlds newest cross-country walking simulator…

they already lost 500K in a mth, you really think they are going to ban another 100k?

yea… no joke - i’ve been paying MMOs since EQ 1 was in BETA - and i have played them all - just about - and i can’t ever remember an MMO having so many “game breaking” bugs as sadly this game has, which i still love - but still mean ugh - this is just pathetic and should be an utter embarrassment - what on earth are they going to do to compensate those of us who did things the right way for all this time, my crafting and game experience has been severely impacted?

The only people who should be “unemployed” are those that caused the problem, not those trying to fix it. Stopping trading is the only way to try to reverse the effects of duping; the longer it goes on unchecked the more time those items have to launder and get into innocent people’s pockets.

You already said it yourself. This is a mistake of epic proportions never before seen in MMO history, which is exactly why it requires such drastic measures like temporarily shutting down trading. The fact they’re willing to do that shows they recognize the magnitude of screw up and the urgency to fix it. It is the only way to “compensate those of us who did things the right way”, because the longer they wait the more duped goods get laundered into innocent people’s inventories and irreversibly screw up the economy. I’m not excusing the initial screw up, but it’d be even worse if they didn’t shut it down.

i get that but why wait multiple weeks? - and how are they going to filter out all the “fake” money that screwed up the economy?

i agree and disagree with that decision the most easiest solution will be to shutdown the servers and fix this but it is not our choice at this point,i use the trade post mostly to sell stuff from farming in between quest’s and make some extra money now i just have to spend azoth to go and drop my loot in every town, witch is not bad it is takin time witch me and other will have spend to level up.

Great, so you have ruined the game for people following the rules, and trying to make a little gold, so i spent 4k in ah fees for absolutely nothing. Great job devs, you people knew about this since Beta invites went out.

exactly and the encouraging it as well, small amount of gold/azoth in everything and at the same time 3.5-4 $ for 1 k gold at an external links and people give gold in black market for ridicules prices in real money !!!, devs we love the game but you need to get a hold of your self’s, 3-6 hours for the first patch,at the expansion it is going to be what 12-24 hours ??, you knew since beta and did nothing that’s rather laziness or incompetents, if you want to have people to pay for gold or lvl boosters you should put it in the game at the first place !!!,or if you don’t then make it less grindier.

In order for something you say to be meaningful you need to give reason behind it otherwise what you say has no validity, A plus effort though. Some of us actually value our time spent on this game, a dupe tarnishes that, so disabling the trading post temporarily is a bandaid fix for the time being and I’m all for it. I will say it again, nothing long term will be affected by the trading being down, only short term. If you actually can come up with a reason as to why the trading being down is so ‘game breaking’ long term, I’d love to hear your thoughts, otherwise think before you type as I don’t like to reply to nonsense myself.

Not gonna lie, first i was angry, then sad and now i’ve detached myself from this game and i find it hilarious.
What a train wreck…

i dont really care about the temporary trade house being down other than impacting my evenings gaming experience - what i care about is all the resources/mats that exist that shouldn’t - thus blowing up the economy and prices, I was just discussing how bags i used to make sold for 2-3-4K depending on perks and now they go for < 1000 - this all within the last few weeks - additionally the money laundering is very evident by all the crazy prices on base items -

I entirely agree, it’s hard to even say now how the duping has affected the marketplace through our time of playing this game. This dupe was reported in the beta and was apparently never fixed. The duping most likely had a heavy impact on the market as time went on as I assume a lot of people who knew about this bug from the beta knew about most of these dupes and more keep popping up now. It’s just getting worse as time goes on

I’m trying to think of any similar situation - maybe when WoW accidentally caused a pandemic on their servers with a debuff/proc - but that was just mass killing, nothing related to economy -

same here mate i agree with you the can spot them and ban them , the same thing was happening in diablo 3 with the auction house fiasco

they definetly need to ban their hardware not just steam acc. 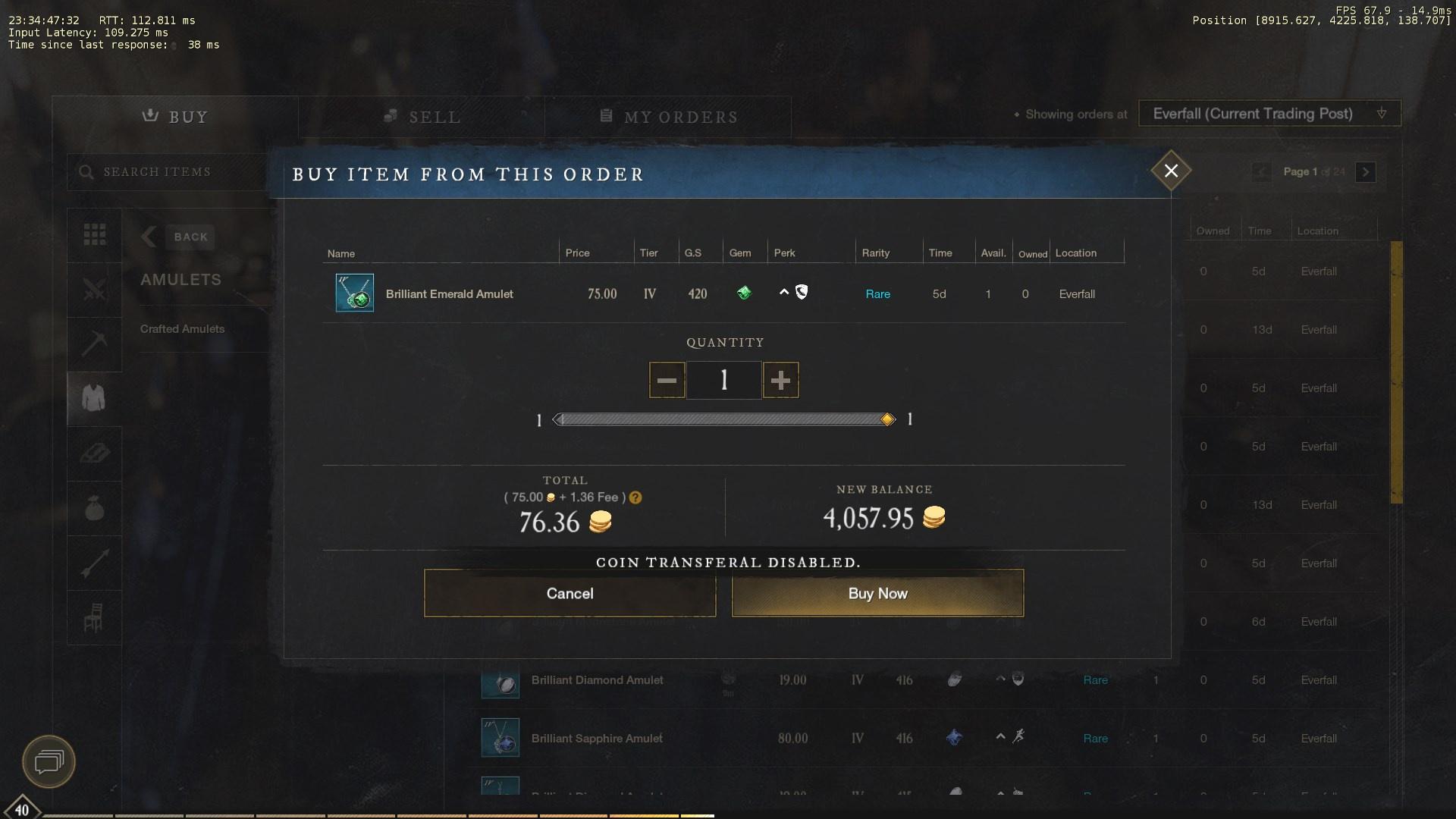