Reporting an exploit that all/most bow users are using consciously or unconsciously.
Either way its breaking the combat.
Video does not belong to me, all credit goes towards the content creator

Posting here AND bug reporting section because ive reported bugs numerous times, and each time it was ignored.

More people see this, faster and higher chance AGS will react to it. 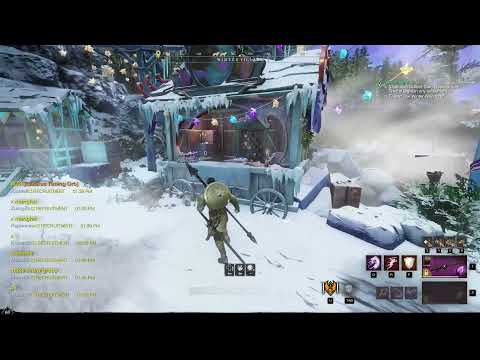 First of all I think there should be a stamina cost attached to jumping so it doesn‘t get abused in combat in the first place. Other than that, they really need to remove Jump Canceling on Bows as it‘s just stupid. Those two things would probably make this buggy interaction happen a lot less.

Should still definitely get looked at though. Doesn‘t make any sense.

100% with stamina on jumping!
Maybe have it like a “diminishing return” mechanic. Where if you jump with 100% stamina it jumps at its maximum height, and at 50% its halved the height, and 10% its basically a tippy toe.
With each jump costs 25stamina.

Yeah no reason it is immune to that sweep. But i dont think it’s immune to every cc so the title is kinda misleading.

Also, bow users would get destroyed without jump mechanic honestly in current state. The recovery period after shooting an arrow is just way too much and so clunky. Can’t cancel any animations after shots, get stuck, can’t chain any shot either. Clunky as hell. The jumping is what in a way makes it unclunky…sad to say.

Buffer windows in general are just terrrible, i dont just mean for the bow but it is way way more noticeable on bow.

At end of day, they need to fix desync and buffer windows. If i didnt have to jump after every shot so the game feels more fluid with the bow then i wouldnt.

It only makes you immune to ground cc. Not that I’m saying it’s ok, but had the tester used the other 2 stubs he had it would have stunned him

Perfect solution. Increase the bow fire rate to be over a FS fire rate. (Makes zero sense to give the bow the slowest fire rate in the game and slowest charge time when we have to utilize every second we can to even aim, unlike every other weapon. ) decrease charge time of heavy and remove stun when dodging in light. Then we wouldn’t need to use animation cancels and bow take it’s rightful position as the highest Single target DPS weapon in the game. It’s whole design is to be exactly that, but every weapon outperforms bow in single target DPS because of its absurdly long charge time and overall fire rate (even tho it’s currently the only weapon in the game that takes skill to use) makes no sense

To be fair, it is kinda realistic that u can jump over ground ccs. Like if in reality someone trys to sweep your legs away with a stick, you can jump over it.
Also only works with ground ccs like path of destiny.
If one manages to jump over them, let him have it. Have you tried to jump the spear sweeap ? It is realy hard to time and see it comming, you have to perma jump to reliable avoid it.
I think it is a skillfull act if u manage to jump over this ccs, keep it in the game