This is exploit that lost us our war and made our siege ineffective to counter their zerg.

I have shotcalled numerous (10+) wars in this game, 4 now since launch, and have never seen the lag/exploit this bad, and thats including the beta which they “fixed” since then.

As I said above, this needs a fix NOW. I knew the lag was bad but didnt know the extent of hits not registering until post war and watching other creators streams.

When the other marauders on the server(not the company exploiting) reach out to me saying that I shouldn’t have lost the war, and that we were exploited against and we all should start compiling evidence showing to report it, you know its bad. We want enjoyable wars where you get outplayed or strategized, not this.

I love this game, I love the war mechanic, and it’s the main focus of endgame control for now… and this will ruin that if it gets out/continues past this first week. Please fix this asap.

Yea the ice gauntlet lag exploit makes wars unplayable, as seen in those clips in the referenced forum post by OP. Anyone in the immediate area of the stacked AOEs just stops moving on everyone else’s screen. You can’t shoot into them, you cant target anyone, actually just unplayable, and the frozen enemy players are sitting there still capping the point. Even worse while the siege equipment cant shoot into the lag storm, the ice gauntlet AOEs are still going off and doing damage. It’s a massive problem and has already killed the game for a lot of the people on my server.

Refer to the following for background context : • LAG War exploit needs fix NOW This topic has been posted before, but this time the exploit has quite literally gone too far. On our world, Duguang, this exploit has now resulted in the complete and utter destabilization of the server. The three factions were attacking/defending/warring/etc. with one another with no issues. You lose a territory, you lost it because you couldn’t hold it. Simple as that, everyone was happy. World PvP was going a…

I feel like this should be a top fix for the dev teams. To the point of an emergency downtime/hotfix or something. I am not sure what sort of actions can be taken to reverse territory taken via exploits, but that should also be done. Also, shouldnt actions be taken against teams using said exploits for breaking TOS?

We need a response on this.

In my server (Hubur - SA), two settlements were lost because of this stupid lag. Siege weapons are horrible against this and aiming is impossible.

Please title your post correctly. This is not an exploit.

Abusing a bug like this could certainly be considered an exploit

Yeah, just witnessed Marauders under the company SWEET use this in Restless Shores on same server. Almost all players on other side were AoE and just stacked up on the point while invincible because of their lag armor. Players literally just frozen in place from our perspective.

I only saw maybe 6-7 healers with the vast majority of folks stacking AoE in one area. It was very intentional. If they were trying to do damage it wouldn’t have been stacked in 1 specific area slightly off point.

Obviously in this case they’re literally saying “make them lag”. But that doesn’t mean everyone who uses AoE on the point in war are exploiting.

Yesterday we lost a battle on Rocabarra due to this exploit and it was maddening. I enjoy a good fight no matter if I lose or win, but we couldn’t do anything, that was not a fight. We made no damage and had no option. They didn’t even bother to mount siege engines.

I spent the afternoon on faction quests looking for new equipment thinking on the exciting incoming battle, and finally all become just bad players jeopardizing the game I loved until yesterday. Today they will come to Windsguard. We will not be there.

Sorry to hear that. It is a shame that the most important thing in the game is so broken. What is the sense of leveling and farming if you can’t fight fairly for your own space? If someone can use a glitch to completely ruin your game experience?

Ya, most of my company are already looking into finding a different game to play. Some will stay and get Max level and maybe pve, but I think most of us are done with territory pvp until this gets fixed or we quit.

Rocabarra server, 1 day after your post, purples lost 3 defenses in 24h to desync.
purples had 5 settlement 3 days after launch, got attacked everyday, won every battle -
Until yesterday.
How can the server recover from this exploit?

Syndicate lost another territory because of this on Rocabarra.

Here is a war from the defending standpoint. 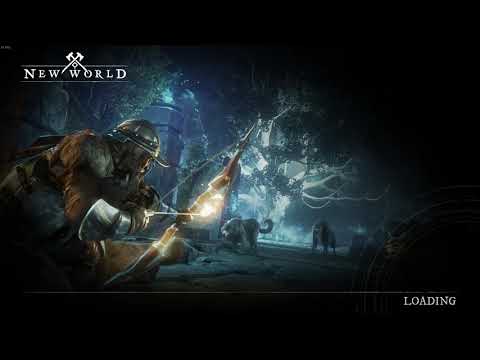 Yea, we just had it happen during our last war. Out of no where literally almost everyone was standing still or hardly moving and they just took every point and nothing you can really do with that kind of server lag.

What server and factions?

No im telling him to stop whining. His faction/company have done nothing but bitch in Global and Area chat about it and accusing people of using cheats. He is blaming people instead of blaming amazon for a mode that requires 70+ people to stack on a point to be broken.