What do you suggest? Don’t attack? Don’t use AOE?

There is no one answer that will satisfy anyone.

Purposely sending all your groups to one objective and having them spam the ice gauntlet AOE skill (which I believe is the biggest offender), is definitely not the way to go.

I participated in ~7 wars now, and didn’t encounter this issue when the war was played out without everyone going to one objective and spamming AOE all at the same time.
From this I can assume that this won’t occur often during organic war, it is something that will happen by pure accident or on purpose.

fix it pls for god sake

Hai, this is pretty big and sad. Faction is abusing it :<

Fix this. Are abusing this bug on the Alatyr server.

Fix this; Spectrum RU cruising through every war with this bug deliberately on Nowhere

Yeah this is happening on our server US-East Eden, there is at least 1 to 2 companies on our server, where they are using this tactic.

AGS, I hope you will be banning the guy in that stream who was leading the exploiting war, along with ALL the other players were actively taking part in that exploit.

A hard stance against the scum of the gaming community, needs to be enforced.

This exploit has made its way to the Marauders on our server and they literally, in combination with the influence bug that auto-clicks to 100% influence in like 10 mins, have TAKEN EVERY TERRITORY IN 2 DAYS. We have countless videos just like the OP but even larget scale where entire battlefields are just de-syncd and characters are standing motionless while the flag countdown continues. This is HEAVILY weighted to the attacking team because they just zerg to point, run exploit and there is nothing we can do to counter. Siege doesn’t register hits, ranged doesn’t register hits and the capture timer for flags just keeps on ticking as long as they are there. Completely unplayable.

Another day of suffering because of players using NetLimiter on sieges…

Makes sense with how its used to desync other games. Would be really bad if entire guilds or at least large parts of them were also using it for this.

More info on how Netlimiter is used to accomplish this for those not familiar.

“It works by severely limiting only up or down stream of data. For instance, limiting the download rate to a point that the game barely succeeds at giving you proper world updates but have upload rate be uncapped, will make it so players on your screen take a long time to update position.”

Just google “Netlimiter desync hack” and see all the results and impact to other games. Since it doesn’t inject anything in the client its hard to detect and punish. Amazon would have to tighten up their parameters on connections to be stricter and disconnect the client if outside of those parameters. That would impact those with legitimately bad internet connections but may be a price that has to be paid to keep War’s fun and fair if this is found to be a cause, or part of the cause.

Brobdingnag just had a war where this exploit was used

Again i ask the simple question to Amazon, WHY are wars not disabled. This was known in beta, became an issue on day 4 and is spreading like wild fire. Should we just always desync the defense team then they do it to us when they war us and over and over…

HERE IS ANOTHER VIDEO FROM ME 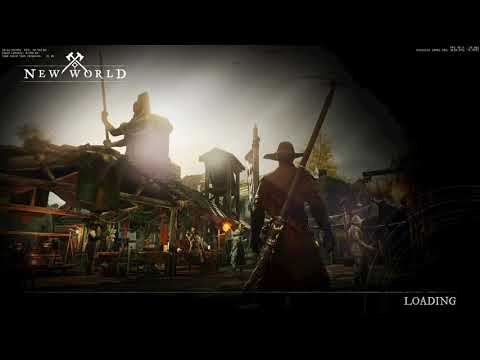 They started doing this on my server a few days ago. They stack a lot of AOEs and heals on the point and lag out the server on purpose. Multiple videos of them screaming to “lag them out”.

The result is this:

It is 100% game breaking. Between this and the influence “feature” that forces wars every few days, makes it seem pretty pointless. The strategy is now “make them lag worse than they make us lag” - that’s the state of New World right now. Completely broken.

Hi. Here is another confirmation of this bug and a list of players who abuse it. With video proof.

Breaking news!
Hooray! Now even invasions can be bugged and won.

Our brave correspondent, overcoming the difficulties of connection and constant exclusion from the army, was able to capture how Perla Nera on Jotunheim EU heroically resists the peacefully walking creatures of corruption.
Perla Nera Jotunheim Invasion 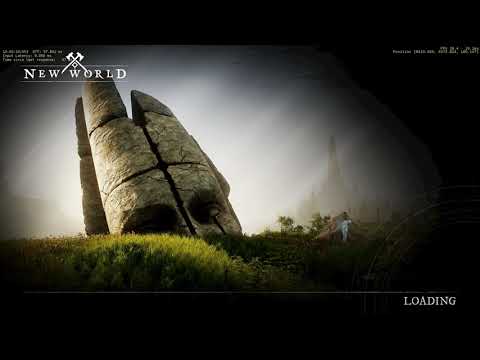 So that might seem strange to say to a guild that it lost a war in 8 minutes as the average lvl was 55-58 and the opposing guild was completely 60 full with higher than normal faction equip … but also on the other hand people were freezed and this is demonstrated by the fact that there are videos and live shows of the other party that were also immobile and suffered damage without knowing how.

I understand the frustration of being beaten but the rosik was not necessary. From all servers this error is also reported also in the 2 alpha and in the last beta, so what do you do? do all ice wizards in the game get banned? including yours … you had some too.

Either we ban all the ice wizards in the game, or take the ice glove off everyone, or just the Devs correct the mistake. It is not something that happened only in jothunheim but also elsewhere, and it is something that happens because the “bug” and I’m talking about bugs and not exploits is on the glove and is thrown by ALL the gloves.
Understood and I want to clarify, all gloves!.