Look at this Exploiter bragging about exploiting

If anyone deserves a ban, it’s this person… but guess what, while honest players like my self are considering not playing because of this exactly, THIS PLAYER will probably continue to exploit and ruin the game that so much of us enjoy…

Like is there any exploits that this person didnt use ?

Stand by your word AGS! DO SOMETHING ABOUT IT.

r/newworldgame - How broken is New World in its current state? Full exploit... 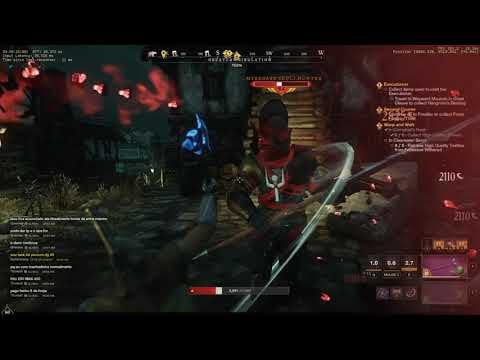 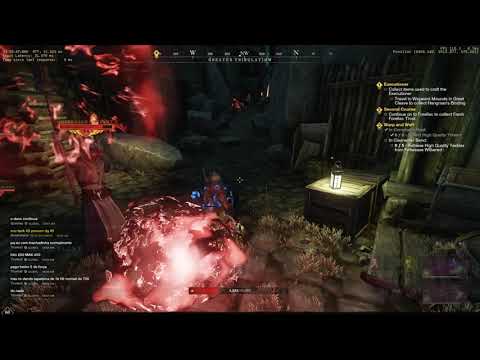 you quit but you are here posting on the forum. ROFL!!!

I haven’t quit tho what are you talking about , people like this make me want to tho.

I changed the wording. I haven’t quit and I love the game but this is very disappointing to see and makes me want to stop playing knowing that any of my efforts are invalidated by players like this.

New World is an exploiter’s paradise.

I’ll try to moderate my tone on this, but this is a depressing video to watch.

To the Reddit poster’s credit they said they weren’t advocating exploiting but showcasing how prevalent it is. Whether that was real or CYA…who knows.

I suppose my question/point for a dev or community moderator if they see it is this. Why does this game allow animation cancelling at all? Or perhaps more directly, why doesn’t server side keep a timer on its side of when the last accepted action will complete and not accept any more requests for actions until the last one is completed.

Watching this and the life-staff uzi is really disheartening.

I don’t know if you have realised that in this very forum there is a section called “Bugs and Exploits” and the reporting of such requires you to to give a detailed description how you could reproduce them.

So everybody can just go there and read them since they are public.

Another great example of how this game is being handled

With the Hatchet bug… Soloing Myrk is quite doable.

EDIT - I’ll add the Hatchet bug isn’t an exploit or anything.

You literally can’t avoid it, unless you purposely unselect the perk or change your weapon.

The question is… why would you

I only unequipped my Hatchet when I went into Outpost Rush.

oh i did? Ive got 250k+ can solo this place with a high gear score. So tell me what im missing.
Full voidbent mind you as well

Except the part where he detailed the exploits he was using in the original reddit post and even named the video “Full Exploits” .

you really are stoned

But after I called him out he deleted that post as well… Maybe he will post it again?

I know most won’t agree with me and heck, even I don’t agree with myself but it’s not these people’s fault that the game is so broken and that it’s so easy to exploit certain techniques. It’s the game developer’s fault for not selling us a fully working product. Exploiters paid the same amount of money as we all did so they can use the software however they want to. If they’re using exploits during wars well, just stop playing so that Amazon can see that people are quitting. Maybe then they’ll actually start doing something.

Except that upon starting up the game they agreed to a tos explaining they would not cheat.

So no, According to AGS, They cannot use the software to cheat…

but cheating and exploiting are different things, exploits shouldnt be possible and therefore AGS is to blame. I would agree if he would use some third party software

This is not cheating. They are not using any external tools, they are not intercepting network packets and modifying them or doing anything like that. They are combining features that are freely available in the game to make them work in a certain way. Nothing else.

act dishonestly or unfairly in order to gain an advantage, especially in a game or examination.

Is there a different meaning in gaming?

Why does it bother you so much that he’s soloing it? Does it affect your game play? Is he ruining your gaming experience? Yes it’s not cool but it’s a game, nothing worth getting your knickers in a twist for.