Or you are joining two mobs together with/for AoE… but a double taunt has limited uses.

It’s a bug, AGS attempted to fix it, but it’s still missing roughly 40% of the time.

Double taunts are needed to gain aggro on large pulls where some enemies are slightly out of range of the first taunt. Now the enemies in the first taunt range lose aggro due to this bug. This was not the way it has functioned since the game launched. This bug was introduced in brimstone.

As an M10 tank this is 100% false. Sounds like you or whoever is tanking for you doesnt know how to pull. While there are issues with aggro and taunts atm, you do NOT need to double taunt. DPS and heals hang back, you run through proxy pulling everything, stop, block, wait until everythign is in range, defenders resolve, now DPS and heals can join in. I do it this way every single time without issues. If I see threat change at some point, either shield bash or swap to WH and Sundering Shockwave followed up with Wrecking Ball.

Just like other MMOs, DPS can NOT attack, not a bow shot, not a hatchet throw, nothing, heals can not do anything, no LMB heals, nothing. Any attack or ability will pull aggro off you since you are proxy pulling and not hitting stuff to generate threat. Been this way for decades in MMOs. To many dps and heals are just stupid in NW and feel the need to be 3ft behind you the entire run which in turn causes them to draw threat while pulling.

To add to this, many tanks are tanking and grouping incorrectly. I switch to dps from time to time and run mutations and the amount of shit tanks is astonishing. So many want to sit there holding RMB and block the entire time and wonder why they cant hold threat. The ONLY time you should be blocking as a tank is on pull while stacking, if you are about to die, or on bosses when you are soaking a hit. Outside those 3 scenarios you should be attacking, light attack spam on SnS as your 3rd light attack generates extra threat or heavy attacks with whatever 2H weapon you are using. DO NOT STAND THERE BLOCKING, blocking generates very minimal threat compared to damage dealt

It’s amazing that you still think it’s a bug, as I said it’s an intentional feature (for whatever reason) with the Runeglass Carnelians to not have “Taunts are Active” within their description, this means your taunt abilities are not taunts when you have a runeglass carnelian, however they are active taunts with a normal carnelian.

EG) Berserk with the Hatchet - DPS players don’t want agro but still want to use this ability… Whereas a tank with a Hatchet can Berserk with a carnelian gem and attract agro. It’s misleading and I would like to see the runeglass carnelians changed, but for whatever reason it was designed this way. It is not a bug.

Correct, anyone still trying to run a rune glass carnelian as a tank is a muppet lol. T5 Carnelian is the only thing tanks should be using until they rework Rune Glass

Greetings Adventurers! There’s going to be issues that pop up while we are actively developing and breaking things within New World. These are some of the Known Issues that we are currently aware of and actively working on resolving. Looking for our Release notes? Click here! If we have any workarounds for a known issue, it will be posted here! Notices Unable to switch Factions? You will need to have completed the respective Faction Initiation Quests in Everfall. Make sure you complete the…

Something to note about this, the taunts SOMETIMES work, so we know they’re supposed to work with these runeglass carnelians, they just don’t work all the time.

As a very offensive tank, I agree that a tank should be swinging away, but this is more about what I’m talking about: This used to work perfectly fine pre-Brimstone, taunting did not cause those that overlapped to immediately shed aggro, EVEN IF you are swinging at them.

Yes, this bug happens with both types.

I hadn’t even looked at the video (because the first comment spoke of runeglass right away (which I knew is ““bugged””)), but you switch weapons directly after taunting with your sword and shield, if you’ve ever noticed, if you switch off Hatchet while Berserk is active, you lose the Berserk buff, I imagine a similar thing is happening with the taunts (given that Berserk is a taunt), where agro is lost when you switch weapons like that.

After reviewing the video, you lose agro (red outline) on all the mobs the second you switch your weapon back to the hatchet. I can see how that would be annoying as a tank, perhaps the sword ‘taunt’ is considered a buff and being cleared on weapon swap.

Runeglass carnelians are not bugged, and this video does not appear to be a ‘bug’ but rather an annoying result of a change for pvp buffs a while back. Players abusing buffs into swapping weapons would likely have caused this change, negatively affecting tanks. 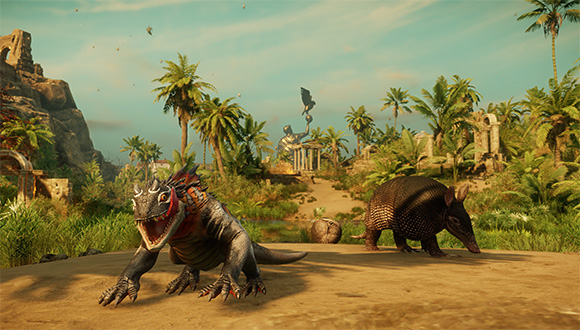 Bro lol, they (AGS) literally added a “fix”, it’s not working correctly though. You are supposed to be able to taunt with the Rune Carnelians.

It does not happen when you only have 1 taunt.
For example, using Defender’s Resolve then switch to hatchet will not lose aggro.
So switching weapons should keep the taunt active.
Maybe it has something to do with switching weapons for double taunts, but I am pretty sure this is a bug.

Also, you can see the taunt icon (3 lightning bar) was active again after losing it for a few seconds. So the sword taunt was NOT cleared on weapon swap, rather it was doing something funny to the threat system.

I see what you mean, you had swapped from the Berserk taunt right away and didn’t lose agro, and roughly at the time of the taunt ending (7-8s after berserk) the mobs all lose agro, so I would guess it’s something to do with the way Berserk’s taunt ending is coded (overriding existing taunts with a longer remaining duration). Also you pull out your hatchet and use torrent which you clearly have some form of refreshing perk to speed up the cooldown on berserk, it’s possible that this could interfere with the taunt, but I think it’s more likely the berserk taunt itself. Let me know if using defenders resolve first causes the same issue, as I am not a tank, but I DPS hatchet.

After watching my video again, actually I did a 3rd taunt to get the aggro back.
So the 2nd taunt (sword taunt) was either cleared by weapon switching or ended with the 1st taunt(Berserk).
But either way, it is a bug for sure.

As someone who is also an M10 tank, it literally is a bug. AGS has said it openly and if you think its not a bug, youre in denial. I went and put a runeglass carnelian on both of my weapons before typing this to make sure I wasnt spreading false information (try it) and you literally can still taunt with runeglass carnelians. If you think it doesnt work, you havent made an effort to try it. I literally went to the nearest corruption portal and immediately taunted something. and not only that, but the other guy is correct that the runeglass carnelians are not working properly and dont taunt 100% of the time like normal carnelians. i feel bad for whoever youre tanking for

taunts dont get cleared by weapon switching, they never have. its bug.

the name of the runeglass carnelian is literally called LEECHING TAUNT lol. did you even make an effort to look informed before you came in here guns blazing with false takes that ive debunked with 30 seconds of testing on random mobs? jeez man