Grit doesn’t go away if you’re stunned while you have grit up. It’s held in a statis and causes abilities like sweep to not knockdown. I made a short video linked below that explains this bug. I don’t usually talk this much. Please spread the word. Thank you. 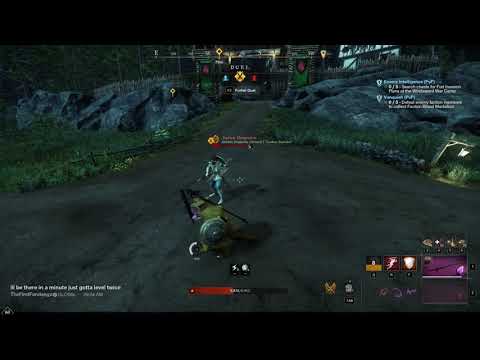 Yeah I’ve been seeing this a lot as well.

Bump. The more traction this gets the better. I won’t stop until AGS responds.

Good job pinning down the bug. I too can confirm that have been encountering it lately.

AGS, I know you have a ton of issues to handle all at once right now, but if this is possible to fix quickly we would be most grateful.

I enjoy this game a lot despite it’s many issues and bugs, but this bug in particular is devastating to spear users in PvP, it almost renders sweep/javelin useless against 300 str users who have grit on almost every attack.

can confirm as spear user.

This is the same problem as with a lot of buffs/debuffs in New World.

Normally there is a sequence of events that the game would follow to check/add/remove buffs. However, if something interrupts the sequence, it’s possible for buffs/effects to remain up longer than they should.

Here’s what normally goes on:

Okay now when this sequence is interrupted:

Now it’s not a forever grit, because the next attack the player does should then reapply and remove grit.

Essentially, New World has a lot of sequences that get interrupted/skipped/whatever and buffs last way longer than they should.

Correct, this is the same method that allows infinite stacking on some effects as people worked out how to stop them from expiring allowing them to apply an effect again - and again and again.

This needs to be fixed asap

I noticed this issue with the hammer’s wrecking ball like OP is talking about at the end. Pretty frustrating