Anyone that’s ever played Lineage 2 will remember the open world PVP system? I wish more games would use this system it was an absolute blast, and Just my opinion I feel like it would work so well in this game.

Was going to type out the explanation but someone made a 5 minute YouTube video that explains it. Still have to read it though Sorry. 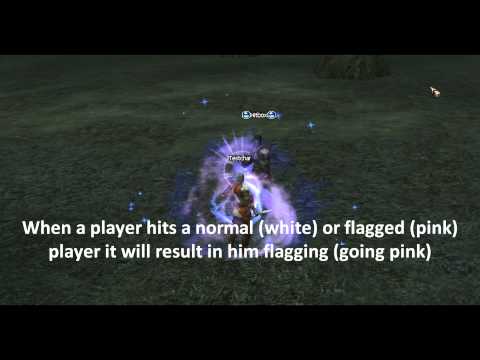 There are a lot of flagged people on my server, but no one fights each other. There isn’t really an incentive to fight. I think that’s what they need to fix. AGS needs to incentivizes us to actually fighting each other (aka give rewards or a chance of a reward when you kill someone, among other things).

All they need to do is get rid of factions altogether and make it guild-based like it already is. This would increase PVP across the board.

The faction system literally means nothing to most servers it’s several guilds that own all the lands and only those guilds do the wars. Just open up open-world PVP by making it guild-based and screw factions.

let me tell you a story about Lineage2, So here I was one day out farming some mobs and this annoying bot kept coming into my area stealing all the mobs and like AGS, NCSoft is not exactly quick at removing bots. So I say in clan chat anyone want to come hold my gear after I kill this bot?

5 minutes later 10 clan mates deep I killed the bot kept killing mobs with assistance from clan mates. Worked off my bad karma with in about 30 minutes and had several PVP fights inside that 30 minutes cause people wanted to KILL the RED! Also after that I was bot free for 3 hours of farming that day. Life was great.