Stroage chest has messed up name: What is your character name in New World: Svelner

dynasty last boss zhou taiying attack is bugged, the boomerang she throws has a delayed impact even if u dodge it. and the summoners are still invisible sometimes.

Commander chen and isabella’s dogs hitbox are buggy, not reachable with light attacks.

Ice Gauntlet Abilities Ultimate Chill and Weakening Gust, operate outside of the the Rend spectrum and can therefore bypass the -30% rend cap. They also are categorizes as “Weaken” effects, and can have thier duraations extended by the Enfeebling ring perk, even though they don’t actually weaken (i.e. Weaken is reducing enemy damage).

As there are two issues, I will break them down seperately. I will deep dive into Weaken mis-catergorization first:

Next I will explain that it operates outside of the Rend Spectrum and is therefore not capped, and abilities these addition resistance modifiers above Rend.

Typically abilities that affect resistances or incoming damage are classified as Rend (Fortify if positive), and move on the rend/damage absorbtion scale (capped at -30%), see below:

This is true even if the ability does not specifically use the Rend terminology in the tooltip, e.g. Void Gauntlet’s Disintergrate, is catergorized as Rend, and therefore abides by the cap. Now if we look at Weakening Gust and Ultimate Chill, we see they operate on an completely different System. i.e. WKN, which is weakness. For Reference WKN is the system that defines mobs elemental weaknesses, as below:

For reference, here is the Vital Data for an Invasion Brute which is part of the Corrupted:

Outside of Utimate Chill and Weakening Gust, the Weakness system is only used to define mobs vital data.

Rapier bleed passives do not work as intended:
Heavy Punches and To the Bones do not increase futured tondo bleed duration.
Aswell, Finish is miss very often even on direct hit, sometimes it miss even in PvE on BIG hitboxes NPC

So in fact it is minimum 5% difference in real healing numbers and mentioned. (And who knows, does devine work on this perk)

Finish hitbox is bugged aswell,
you will not hit target with Finish, if target is right side of your character:
here is a few screenshots

before last patch instability even root you…

Some weapon/armor/jewelry perks not working after starting game. I have to remove item, then equip again to make them work (apply bonuses).
Example with my Smooth Bone Ring: 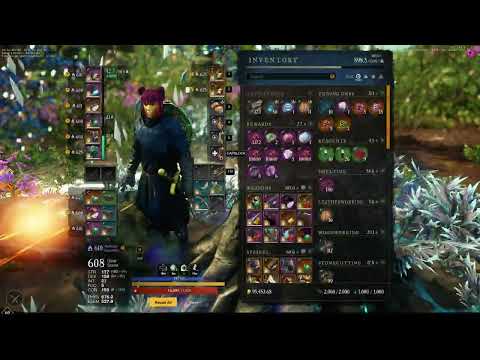 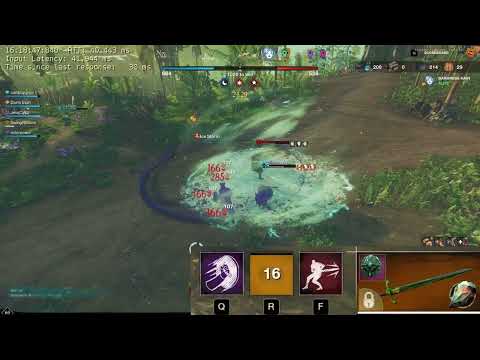 isue i cancel item iron ingot 8000+ at trade post ,but that item not back to storage or my bag Ice Storm and Ice Shower duration slows after leaving are not being affected by 300 CON passive.

There is a much longer list, because each perk/passive you can put on Ice Shower/Storm has a different status effect name, and I just put 1 example above. Here is longer list below, and the CC tag is missing in all of them: For Reference Other Slow abilities in the game have both the SLow and CC tags, and are therefore working correctly: What is your character name in New World: Lureczka1981
What server/world did you experience your issue on: EU Central/Bran
Describe the issue you are experiencing: In the process of switching weapons, she disappeared. I did not scare her because she was specially blocked to prevent it.
When did this happen? (Relative time and timezone): 15:30 CEST

this is super annoying i run a bleed/poison build